Premier League Darts is back on our screens this Thursday night, live on Sky Sports Main Event & Sky Sports Action. The headline clash sees Peter Wright and Michael van Gerwen collide. Wayne Mardle gazes into his crystal ball for the first time in 2020...

Van Gerwen, though, will be aiming for revenge as he opens his challenge to win an unprecedented fifth successive Premier League title.

The opening night will also see Scottish hero Gary Anderson make his Premier League return while local hero John Henderson will be the Challenger, with over 8,000 noisy fans set to pack the venue in The Granite City.

I happen to think the longer the format, the better for Smith. The Premier League offers him time to have a couple of stinkers which normally he does but also gives him time to get over it. I think think the leg format is very good for him. Last year, his doubling was woeful under pressure, but I think it will be slightly better this year. He should qualify for the Play-Offs and then we'll see what happens from there.

Durrant is going to be a spoiler in my opinion. He won't challenge for a Play-Off spot because I don't think he is dynamic enough. I don't think he hits enough 12 darters under pressure, even to break throw or to hold. He's a little too consistent without being spectacular.

I have absolutely no clue with Gary. I thought before The Masters, he'll turn up, he'll look nervous, he'll play edgy, he might win a game and then get found out, but I got that completely wrong. I've got no idea and when you've no idea, it's absolutely stupid to back against him. If Michael van Gerwen plays well and Gary plays well, they will finish first and second in the league and they will meet in the final. 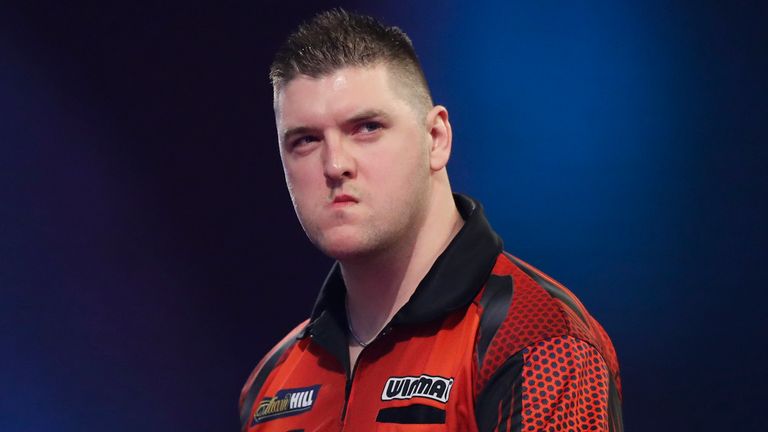 He's going to nick points and I've already got it in my mind that Durrant and Gurney are going to be the spoilers.

Will Duzza and Gurney be party poopers?

Gurney is playing OK, but without playing well. He's going to nick points and I've already got it in my mind that Durrant and Gurney are going to be the spoilers this year. I see him as a real tough match player and a tough person to beat.

I think this is a big game for Michael. I haven't got inside knowledge but I think he might revert back to his old darts just for a couple of weeks. I don't think he thinks they're wrong. I just think his confidence is a bit low and I think he needs something familiar to get himself out of that rut.

This is just amazing, isn't it? We're talking about Michael van Gerwen changing darts against Peter Wright. The irony of it. What's happened here? 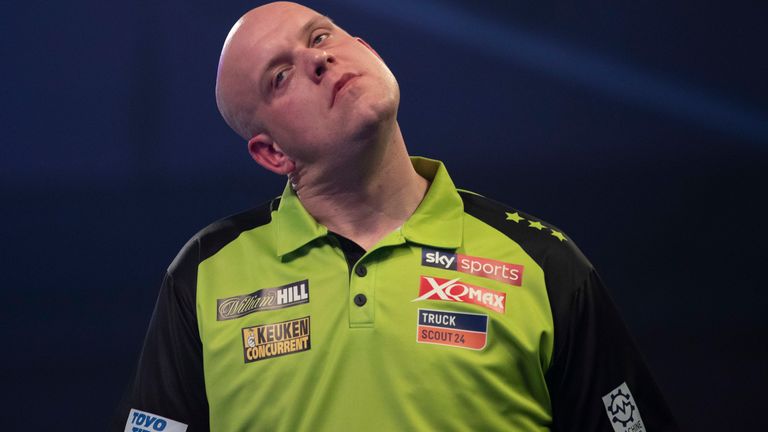 I haven't got inside knowledge but I think he might revert back to his old darts just for a couple of weeks.

Will MVG go back to his old darts?

I really do think that this is a big game for him. If he beats Peter Wright then the world is right again. Planet darts is back in its axis. Peter Wright is playing the best darts in the world right now but it doesn't mean he's the best player in the world. That's still Michael van Gerwen and Michael will want to prove it.

This is a tough game to call. If Van Gerwen matches him, then I think he will win.

They both players last year as Contenders, but let's face it, Aspinall is a better player than Henderson. I would have edged towards Hendo had it been at the old venue, but because it's at a new venue I just think the atmosphere will be a bit diluted and that should help Aspinall.

Aspinall is a real progressive type of player. I don't think he'll have the Premier League his own way. I think he will find it tough but I think he gets off to a winning start on the pure basis that he's a better player. I hope that the crowd don't project their loud negativity on Aspinall because that would be a bad way to start the Premier League.

I think Price will do a number on him. The Welshman is looking reliable and I don't just mean a ton average every time. You've got to play decent darts to beat him.

Wayne Mardle was speaking to Sky Sports' Raz Mirza. Check out daily Darts news on skysports.com/darts, our app for mobile devices and our Twitter account @skysportsdarts.