"Girls and women will have been watching that and think I like the look of that, I'm going to give that a try - that is how we build our game," says Laura Turner 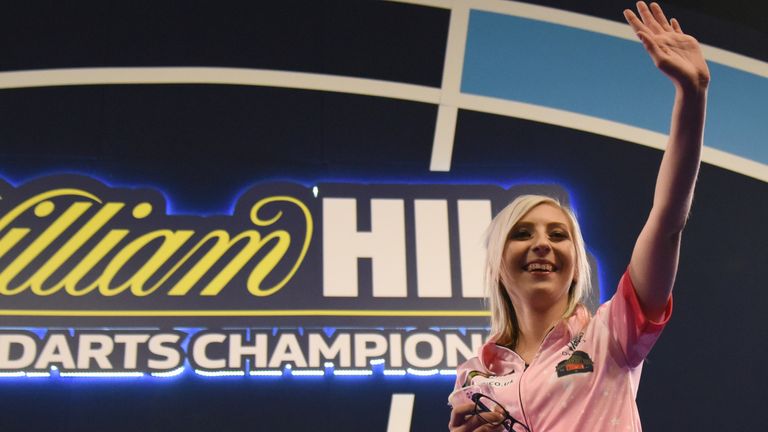 Women's sport has enjoyed a landmark few days at the World Darts Championship and Fallon Sherrock's victory is the culmination of darts giving women the opportunity to compete on an equal footing with their male counterparts.

At the weekend Mikuru Suzuki had entranced the crowd in running James Richardson close, but on Tuesday Sherrock stepped up to deliver darts, and sport's, historic moment - a female player beating a male player on the World Championship stage.

The definition of equality is 'the state of being equal, especially in status, rights, or opportunities', and for the second year in succession, the PDC World Championship gave women the same competitive chance as men to play, while off the oche they are playing their part too.

A matter of days after Hungary's Daniela Bogdanov, also on duty for the Sherrock match, made history in becoming the first woman to officiate in a World Championship match, women's world no 9 Laura Turner watched on from the commentary box as Sherrock dazzled on the sport's biggest stage.

"I've sounded like a broken record but I've been championing the women's game for so long. I knew they could do it," Turner said.

"After Suzuki's performance, I wondered if it could get any better and I'm just so proud of the performance that Fallon put in. That's where it needs to be. You need to forget it's a woman, forget it's a man and realise these are just top-quality dart players."

In pushing, and in Sherrock's case beating, their male colleagues, the pair may have done more for women's sport than any level of investment of TV scheduling and media coverage could - although a hastily arranged appearance on Good Morning Britain is likely to be just the start of Sherrock's commitments

"It's a first, it's a piece of history but it is the after-effects," Turner added.

"Girls and women will have been watching that and think I like the look of that, I'm going to give that a try - that is how we build our game.

"The more exposure we can get, people like Fallon, Mikuru, Lisa and Anastasia can create the opportunities and that's why we are excited - they've taken them this week."

Two years ago the PDC took a leap in handing two spots to female players, breaking from the traditional Barry Hearn mantra that anyone can turn up and play, you just have to be good enough. Sex, age, race is no barrier, Hearn would trumpet, go to Q-School, win your card and the chance to dream is yours.

When asked at last year's announcement why the time was now, Hearn told Sky Sports Darts that he could think of no reason why a woman hadn't beaten a man, he knew they were good but felt the time had come for an opportunity to be created.

A 96-player field, increased as the sport's global appeal grew, offered the chance, not just to female players, but players from different territories and also the youth system - ironically that's exactly how Evetts got his chance after winning the Development Tour.

"I get fed up with comments that they haven't qualified via the same route, but other male players qualify through routes without playing PDC, the women's qualifiers should be no different," Turner told Sky Sports in the media room.

"It's not just about Fallon and Mikuru, the women that are doing it, it's about the sport in its entirety.

"It should have momentum now. There are academies all over the place for girls and boys, they are desperate to get the girls numbers up and they don't know how to - that tonight, by showcasing the talent, that's how you get them up."

Darts, like few other sports, has no barrier to male and female players competing on an equal footing - Sherrock and Suzuki underlined exactly that in front of an enthralled Ally Pally crowd.

"Both Suzuki and Sherrock went five sets, there is the consistency and they can come out winners," Turner added.

"I'm so proud of her [Sherrock] as she's done so much not just for women's darts, but for herself because she has put the time and hours in and deserves to be where she is now."

Get Sky Sports with NOW TV

As much as Tuesday gave us our historic moment, Suzuki and Sherrock being involved in hugely competitive and captivating matches was arguably just as important, win or lose. The pair have done that and more.

Suzuki will lament missed opportunities, the Japanese could and should have won the first set of her match before battling back to force a deciding fifth set which went the distance.

Sherrock missed four darts for a 2-1 lead and went six darts of the way towards a memorable nine-dart finish even before keeping her cool to provide her moment in history.

Prior to the tournament, Wayne Mardle and Turner argued that the time was right for one of the women players to score a memorable win, they had earned the right to be at the tournament and a first female victory over a man on the World Championship stage was a distinct possibility. 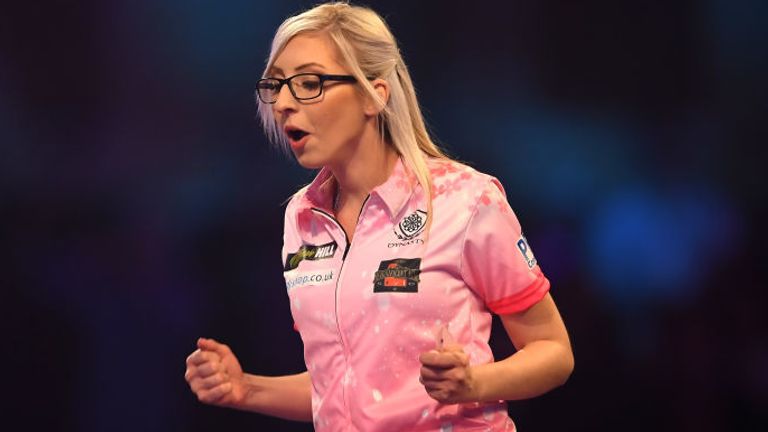 There have been female victories in Challenge Tour events, Lisa Ashton was just one point away from winning her Tour card at Q-School in January and the exhibition scene gives women the same stage as their male counterparts.

The men know this has been coming, Evetts told us as much on The Darts Show podcast a couple of weeks ago. And both SuperTed and Richardson deserve huge credit for how they dealt with the situation. Taking the crowd's pantomime booing in their stride and paying their opponents the ultimate compliment - treating it like just another game, which it was, but also it wasn't.

In time the sex of the players won't be the issue, merely the standard. That's true of both women's first-round matches but to quote Rod Studd in commentary, the glass ceiling needed to be broken and Sherrock smashed through it in north London.

Both first-round matches were among the best the opening phase witnessed and not just because of a raucous crowd baying for the 'novelty factor of a woman beating a man, but for sport as it should be. Competitive, in great spirit and with two players giving their absolute all.

Check out daily Darts news on skysports.com/darts, our app for mobile devices and our Twitter account @skysportsdarts. Don't miss a throw on Sky Sports Darts with live coverage from Alexandra Palace until the final on New Year's Day.