Sky Sports commentator Rod Studd feels the PDC should seize the moment after Fallon Sherrock's stunning success at Alexandra Palace and invest in the women's game.

At the age of just 25, Sherrock became the first woman to beat a man at the PDC World Darts Championship on Tuesday evening.

She defeated Ted Evetts in a nail-biting five sets, cheered on by crowds of supporters as she "shattered the glass ceiling".

Studd reflected on Sherrock's stunning success by posting this message on Twitter: "I've said it before and I'll say it again. The next big growth area for darts is women's darts.

I’ve said it before and I’ll say it again. The next big growth area for darts is women’s darts. From next year, let’s have 4 women in the WC. From 2021, let’s have a mini PDC women’s tour with 4 events aiming for 8. There’s £14m in prize money in the PDC. Let’s use some of that.

And with Sherrock in action again on Saturday evening in a second-round contest against Mensur Suljovic, Studd reiterated his stance insisting that the time is now, even before Sherrock's seismic moment.

"I've felt really strongly about it for several years. The next big growth area in darts is going to be women. It is women's darts, and it will be women's darts," Studd told The Darts Show podcast. 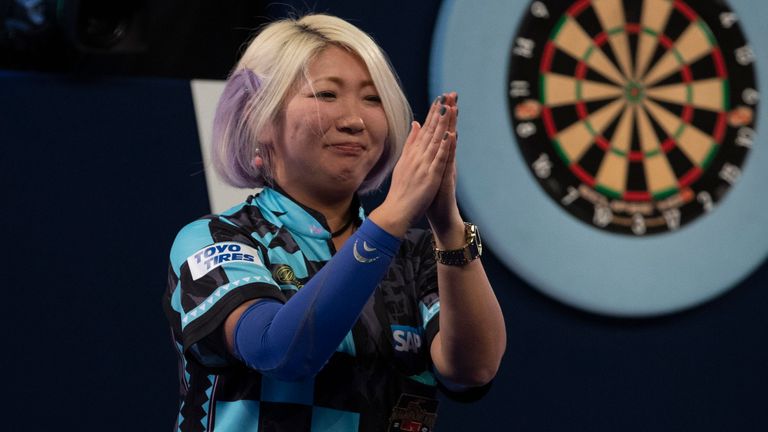 "The sport needs to grab that opportunity and really run with it. I think there should now be four women playing in the World Championship.

"Now is the time to invest in the women's game. Let's start slowly and have a mini-tour with four women's events with the elite eight players - two of 16 - and then take the World Championship because the BDO World Championship is not providing enough prize money.

Congratulations to Fallon Sherrock, the first woman in history to win a match in the World Darts Championship.

Fallon earned more for this first-round win than she would have earned from winning the women’s championship. https://t.co/onF7U7ZpMO

Momentous breakthrough for @Fsherrock and women’s darts. A million congratulations on a great victory. And hats off too to @SuperTed180 for his grace in defeat. Great match, great day.