Watch what could be a highly unpredictable Qualifying session live on Sky Sports F1 from 1pm, with build-up from midday after surprise results and all manner of incident in Saturday morning's final practice session on the streets of Baku 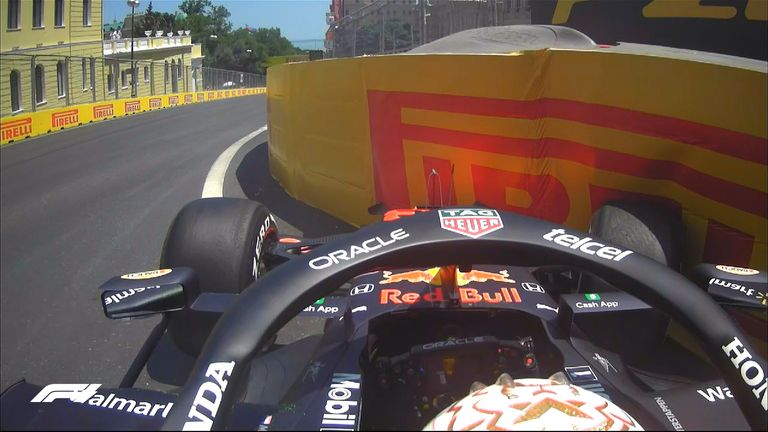 Pierre Gasly set a surprise fastest time for AlphaTauri in a hugely-eventful final practice session in Baku which saw championship leader Max Verstappen crash out and Mercedes continue to chase a pace breakthrough.

Lewis Hamilton finished third but benefitted from a massive slipstreaming tow down F1's longest straight behind Sergio Perez's Red Bull on the final lap that put him there.

Team-mate Valtteri Bottas did not and was 13th in the sister Mercedes, with his race engineer telling the Finn that the tow aided Hamilton's lap time by six tenths of a second. On that basis, Hamilton would have finished only ninth.

After struggling two weeks ago on the streets of Monaco, Mercedes have toiled for single-lap speed throughout practice in Baku and appear by no means guaranteed to qualify among the front rows here on Saturday afternoon.

Red Bull's Verstappen should certainly be in the hunt for pole from 1pm in qualifying but was ruled out of the final laps in practice after hitting the barriers at Turn 15. Breaking his car's front wing and damaging its suspension, the Dutchman was unable to reverse out of the barrier and was forced to miss the rest of the session.

Ferrari remained in the mix at the front, with Charles Leclerc and Carlos Sainz fourth and fifth respectively, while Lando Norris was sixth for McLaren, who had both their cars in the top 10.

Alpine also appeared competitive, Fernando Alonso their lead runner in seventh place on what could be the most competitive weekend since his F1 return, while Yuki Tsunoda was also running well in the second AlphaTauri in the top eight.

Who can predict Baku qualifying?

Yellow flags will be a big issue in Quali so the drivers will have to get a banker in early.

Slipstream effect in the final sector is huge so watch for the games being played for track position!

Although the Baku City Circuit is generally wider and faster than the streets of Monaco, the venue for a fairly processional Grand Prix a fortnight ago, drivers have been struggling with grip levels and yellow warning flags for cars off circuit have been a regular feature throughout practice.

That only increased in final practice, with a messy and unpredictable session ensuing.

AlphaTauri timed Gasly's final laps to perfection and the Frenchman, a surprise race winner at Monza last September but yet to fight for an F1 pole position, continued to impress out on circuit. 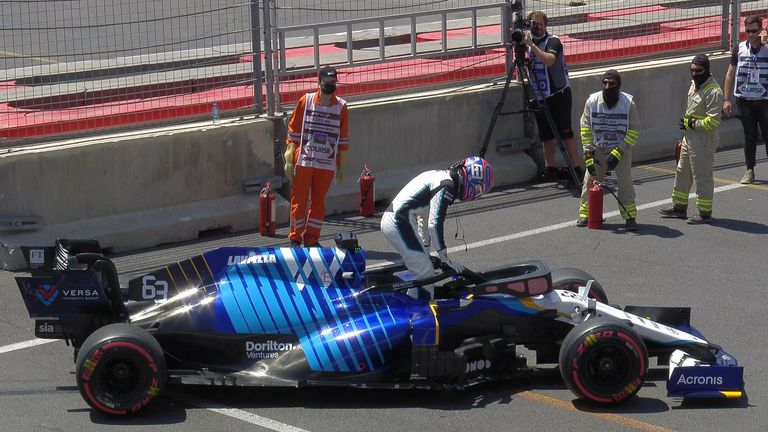 George Russell has stopped in his Williams, he comes to a stop with oil leaking out of the back of his car

He successfully dodged the delays, the last of which was triggered when George Russell's Williams ground to a halt with suspected power issues with seven minutes of the session left.

"This is a massively interrupted session," said Sky F1's Paul Di Resta. "Verstappen, after crashing, actually hasn't missed too much!"