Zhou Guanyu opens up on horrifying British GP crash: 'I don't know how I survived'

Zhou Guanyu speaks to the media at the Austrian GP, where he will be back in the car just five days after his scary Silverstone crash; watch all the action live on Sky Sports F1; Qualifying on Friday at 4pm, Sprint on Saturday at 3.30pm and Austrian Grand Prix on Sunday at 2pm 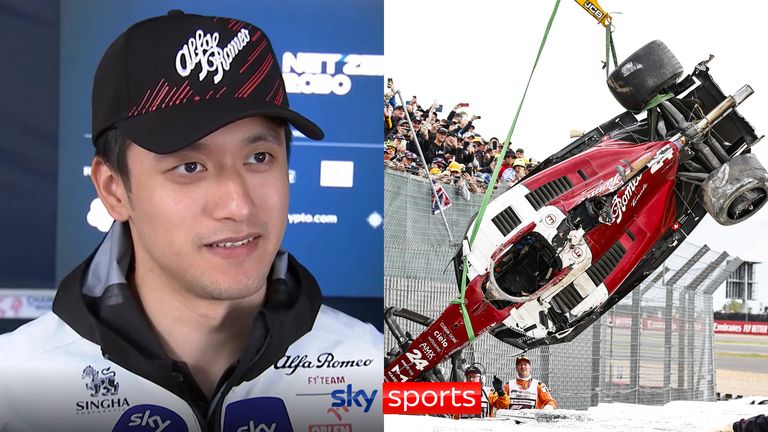 Alfa Romeo driver Zhou Guanyu has detailed his horrifying upside-down crash at the British GP, admitting he had no idea where he had landed, feared his car was going to catch fire, and feels lucky to be alive.

Zhou was involved in one of F1's scariest accidents last Sunday as his car was flipped over by contact at the start of the race, before hurtling through the gravel and then launching over the tyre barriers. It was then trapped in a small gap in front of the catch fencing and spectators.

After a nervous wait, Zhou was eventually recovered from the car and, incredibly, was cleared of any significant injuries.

The 23-year-old Chinese driver - the sole rookie on the F1 grid - spoke to the media for the first time about the Silverstone crash ahead of this weekend's Austrian GP, where he is ready to race again.

"I had a massive hit and flipped over, going at a very constant speed but quite fast into the gravel and I realise that I'm not getting stopped," Zhou said on Thursday.

"So I tried to release myself from the steering wheel and into a very locked position, make sure I'm solid inside myself waiting for the final impact. That's what causes injury and is the big issue.

"Once I stopped, I didn't know where I was because I was upside down. Then there was some leaking, but I didn't know from where. I wasn't sure if I was my body or if it was the car!

"So I just tried to switch the engine off. I knew if the fire started it would be difficult to get out."

Zhou revealed he did not even know he was between the barriers and the fence. 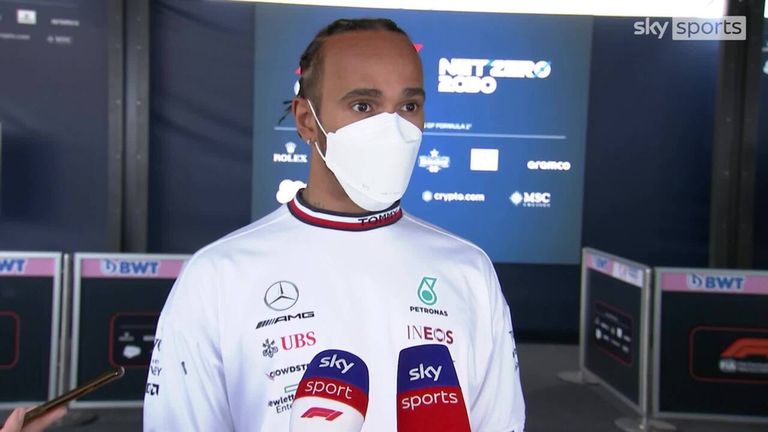 "I was thinking I was next to the barriers," he stated. "I don't know how I survived. But looking back, obviously the halo saved me there."

Zhou also spoke about feeling a "liquid" and fearing it was blood. He now believes it was down to numbness.

"I was more worried about if the engine caught on fire because in that position you're really stuck." Because of the little space work in, Zhou was left in his car for longer than usual as medical personnel made sure he was safe.

"I had to unstrap my helmet myself," Zhou told Sky Sports F1.

"I tried to move myself a little bit to make sure I twist my body to be on top of the car.

"I was waiting for them to flip my car over, because I didn't know I was stuck between the fence and the barriers." 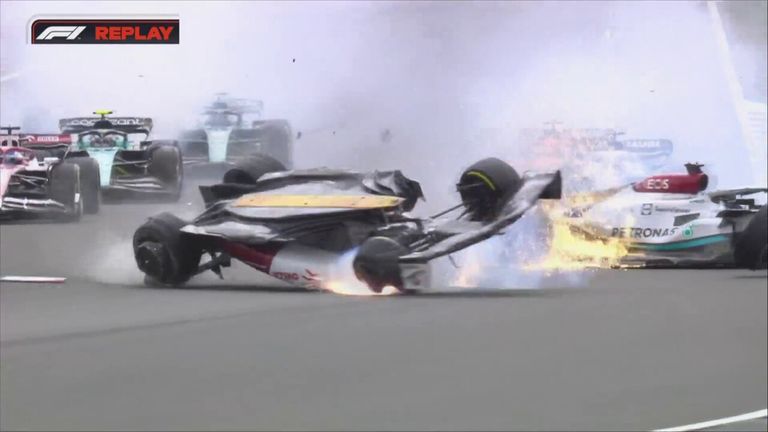 Zhou said he could not hear the fans cheering and was not aware at the time Mercedes driver George Russell, who made the contact, had stopped his car and ran over to the tyre barriers to help.

But he said: "One man made conversation with me, making sure I was OK.

"Looking at the pictures seeing George jump out of the car, calling the marshals, it was very respectful and sportsmanlike. Very nice to see people like him trying to make sure everyone is safe."

Zhou will be back in the car at this weekend's Austrian GP, all live on Sky Sports F1.

"I had a few bruises straight after but it was all fine after one day," he said. "I don't know I walked out with such a little impact in my body, so yeah, very lucky. It's nice to be back here after not a long break."