In his latest post-race column, Sky F1's Martin Brundle reflects on a Belgian GP that Max Verstappen dominated despite his engine penalty while Ferrari faltered again; Brundle also has his say on Fernando Alonso's "unfair" comments after Lewis Hamilton's error You just never know with live sport. The starting grid line up for the Belgian GP in Spa promised to be an absolute thriller of a race but in the end it was rather ordinary, albeit with a fine comeback from Max Verstappen.

On another day, clever people in the know say to us on race morning, 'not sure what you're going to say in commentary because we did 5000 simulations last night and nothing much happens'. And then we have a barnstormer of a race.

It's not Verstappen's fault that he finds himself in such peak form, and so at one with his Red Bull car that, frankly, you sense he could have been sitting in the garage reading his bank statements when the race started, and still won it.

After eight of the 20 cars took various power unit and gearbox grid penalties, and then Pierre Gasly had an electrical issue and so started from the pitlane too, Verstappen effectively started 13th alongside one-time championship rival Charles Leclerc. By not much more than quarter distance he was leading the race having stayed out of trouble in the opening tours, and picked off his victims lap by lap.

Carlos Sainz, starting on pole and driving nicely during a trouble-free run would end up in third place for Ferrari but approaching half a minute behind. Fellow front row starter Sergio Perez, in the sister Red Bull, was 18 seconds behind Max who was also relatively cruising by the end. 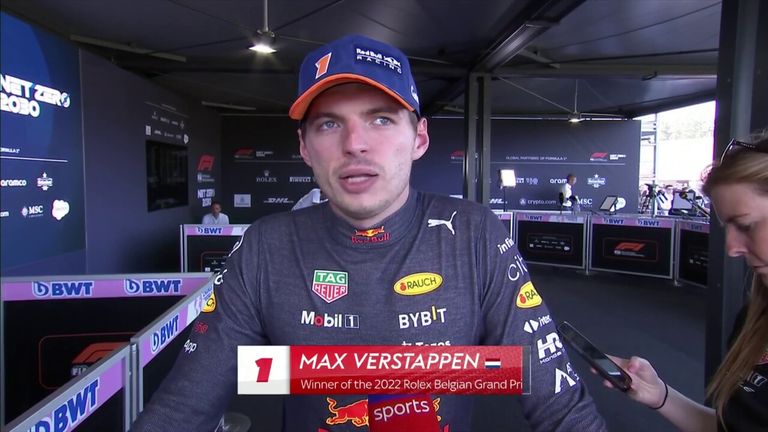 We will of course soon have some people moaning that one driver is dominating, as we had with Michael Schumacher and Lewis Hamilton, among others, rather than them appreciating the level of excellence Red Bull and Max are delivering.

I do hope it was track specific and that Ferrari and Mercedes will be closer in the next few races. Ferrari had to make their cars stiff on the suspension for their aero to work around Spa, and not let the underfloor smash into the ground in the high-speed compression at the foot of Eau Rouge, which then made it difficult to drive especially over bumps and corner inside kerbs. 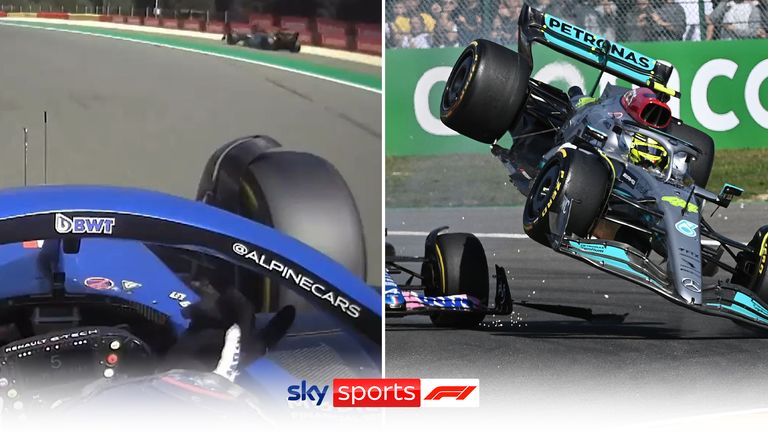 Alonso made 'error of judgement' with Hamilton comments

Mercedes just couldn't switch their tyres on in qualifying but would undoubtedly be better in a warm dry race. Lewis Hamilton didn't get a chance to find out because of a rare error into the Les Combes chicane when he simply pinched into the side of Fernando Alonso whilst trying to go around the outside, and flying through the air. 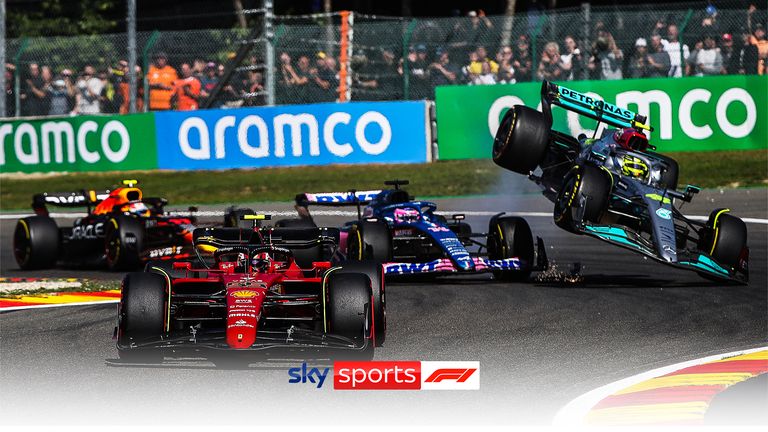 Lewis said he couldn't see Fernando in his blind spot but frankly he was bound to be there somewhere, and the Spaniard tried his best to stay to the inside and give space. Lewis saw the footage and immediately put his hand up and correctly accepted full responsibility.

Fernando's radio comments, albeit fuelled by anger and adrenaline, about Lewis only being able to win from the front were in my opinion wholly inaccurate and unfair. Lewis is one of the fairest and cleanest drivers in the history of F1, he hasn't needed to resort to too many professional fouls given his relentless speed, and just cast your mind back to Brazil last year to remember how he can scythe through the field. Twice.

That error of judgement will have caught Lewis's attention... The fate of Mercedes' afternoon was now in the very capable hands of George Russell who drove beautifully and threatened to steal a podium from Sainz and Ferrari. Fourth place would be his reward, a couple of seconds off that podium in a car which seemed reluctant to engage with the Spa circuit at all, and pretty steady down the straights too.

Charles Leclerc had another race to forget, sadly. A visor rip off in his brake duct, reportedly likely discarded by Max Verstappen, forced him to pit under the safety car deployed when Hamilton's Mercedes cried enough after its aerial activities and Nichola Latifi had forced Valtteri Bottas into the gravel trap.

These visor rip offs need controlling and at least it should be mandatory to write the driver's name on each one. The onboard cameras, like Speedway riders, have a sliding film cassette of plastic to restore visibility from oil, insects, spray and mud etc, although this would likely be too heavy for an F1 lid.

Somewhere in my memory bank, these used to have to be put in a pocket or retained with Velcro inside the cockpit, as it's not fair to discard them and ruin somebody else's race. 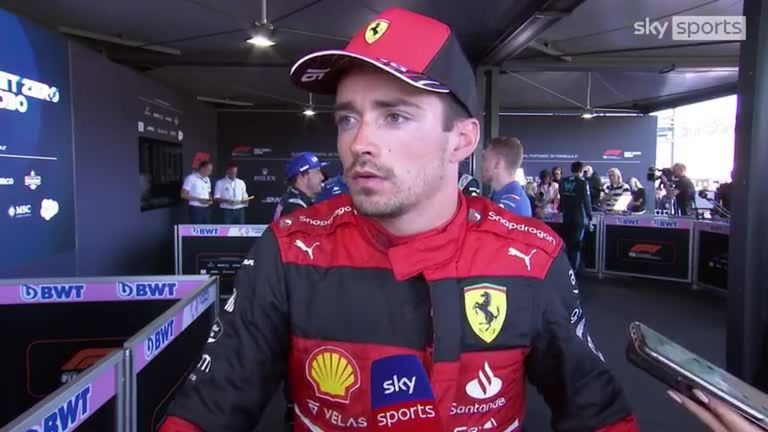 Leclerc was now out of sync with the race but still very much on for fifth place albeit struggling with tyres. Then the team (presumably) decided to go for the fastest lap point which put him behind Alonso and needing to overtake, and he missed beating Verstappen's fastest lap by six-tenths of a second, and attracted a pit lane speed infringement consigning him to sixth place. It was painful to watch.

Ferrari claim they need to change nothing on the pit wall calls but if you keep doing the same thing don't be surprised when you get the same result. Fully respecting that we only hear selected radio calls on the TV, but the Ferrari team appears to want Leclerc to make the final decisions on tyres when he doesn't have the full set of data because he's rather busy driving.

He can't possibly make the final call on the hard compound tyre without knowing who's already using them, if anybody, and how they are performing. Leclerc is now third in the championship and 98 points behind, with eight races to go. All things being equal, I think we all know which way this championship is heading. 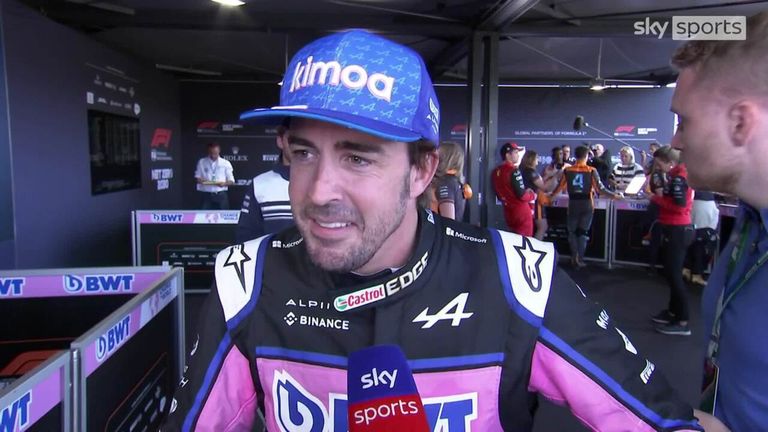 The Alpine team had a very strong day with feisty Alonso in fifth and Ocon in seventh which now puts 20 points between them and McLaren in the Constructors' championship. It was McLaren's fourth pointless race of the season as they also head into a battle for Oscar Piastri's 2023 services as I write this column. The midfield driver market has been pretty wild since Sebastian Vettel announced his retirement, who incidentally had a very solid race for Aston Martin on Sunday.

Alex Albon continues to impress for Williams too, which is great to see.

And to cap it all magnificent Spa is back on the calendar for 2023, but whether that turns out to be a new lease of life or a stay of execution we'll have to wait and see.