Charles Leclerc set the pace in Practice Two, putting himself just +0.004s ahead of his team-mate Carlos Sainz; Max Verstappen struggles on his home track; watch Practice 3 at 11am on Saturday followed by Qualifying at 2pm, with build-up from 1pm all live on Sky Sports F1

By Megan Wellens and Emma Thurston

Charles Leclerc set the pace in Practice Two for the Dutch GP as Ferrari edged out Lewis Hamilton, while Max Verstappen's difficult start to his home Zandvoort weekend continued.

The Oscar Piastri contract decision dominated the early talk of the session, with the Contract Recognition Board unanimously ruling in McLaren and Piastri's favour, but Leclerc stormed to the front of the pack on track. Leclerc's lap of 1:12.345 ensured he topped the timesheet overnight on Friday, followed closely by his team-mate Carlos Sainz (+0.004s), with Ferrari seemingly much more competitive than last weekend in Belgium.

Mercedes also continued to find speed on a more favourable layout with Hamilton 0.072s back in third and George Russell only three tenths off the pace. McLaren's Lando Norris split the two Mercedes drivers.

Indeed, the improvement in the car brought some cautious hope for Hamilton who believes the Zandvoort track could be the "sweet spot" for their W13. 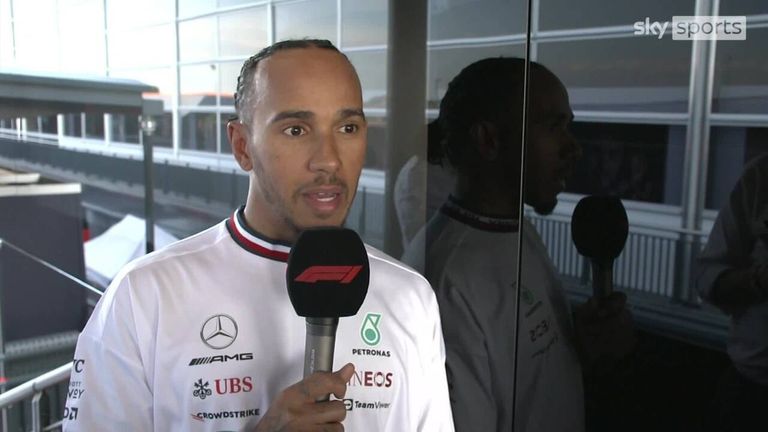 "It has been a decent start to the weekend, we have landed in a sweet spot with the car just in that it is a much different track," said Hamilton.

"It is a work in progress. We are not that far behind which is great to see and the car doesn't feel that bad so we have just got to keep chipping away."

After gearbox issues brought Verstappen's first practice to a premature end after just 10 minutes, he struggled to find speed on his home track in the second session, finishing eighth.

Verstappen's Red Bull team-mate Sergio Perez was unable to get to grips with his RB18 either and ended 12th on the timesheet, giving the team plenty to think about overnight.

Daniel Riccardo's second practice session was finished 10 minutes early due to an oil leak from the radiator of his car and, a short time later, Yuki Tsunoda's trip off the track beached his car in the gravel and brought about a red flag. "It is great to see such a close pack and it normally is around here on just a short circuit," said Sky pundit Jenson Button after the second practice session of the weekend.

"We have got the two Ferraris, Mercedes and also the McLaren that look like they should all be fighting for pole position.

"It is a bit of a surprise [with Red Bull], maybe they didn't quite get the lap together? Perez is another half a second behind him [Verstappen], so I think they are struggling for a bit of balance."

Verstappen did not shy away from the opening day at his home track being less than ideal.

"That wasn't great today but we will have the night to look into things and for sure we can do better than this," the Red Bull driver said.

"To be honest, when driving it, I was not very surprised when I saw the lap time difference so there is a lot of things we can improve on.

"We have the whole night to look at things and P3 as well, so we will try to be more competitive."