Max Verstappen takes pole for Red Bull at the Mexico City GP; Lewis Hamilton had topped the timesheet for Mercedes in Q1 and Q2, but could only finish third behind team-mate George Russell; watch the race live on Sky Sports F1 at 8pm on Sunday, with build-up from 6:30pm

By Sam Johnston in Mexico City 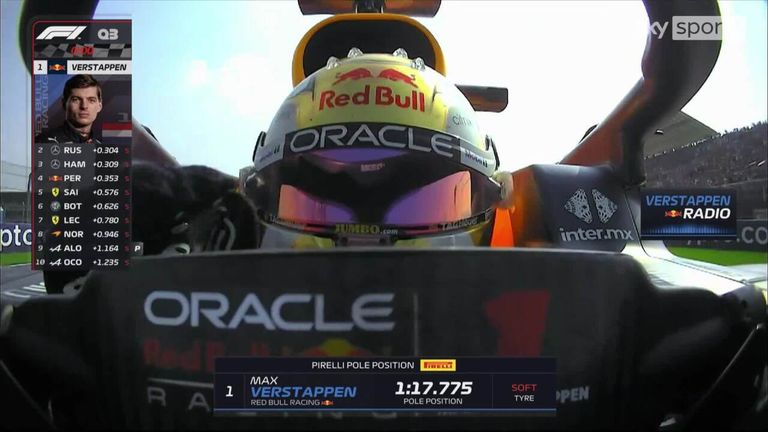 Lewis Hamilton topped the timesheet in Q1 and Q2 at the Autodromo Hermanos Rodriguez to continue the strong form Mercedes had shown throughout the weekend, but it was the 2022 world champion who was able to find extra performance when it mattered most.

Verstappen's 1:17.775 secured his first Mexico pole and put him 0.3s clear of Russell, with Hamilton just a fraction behind his team-mate in third, while the other Red Bull of Sergio Perez finished fourth at his home circuit.

It's just a sixth pole of the season for Verstappen, who is seeking a record 14th victory of the campaign after sealing his second successive drivers' championship two rounds ago in Japan.

With Verstappen's and his team's best performances during their brilliant season having usually been saved for Sunday, Mercedes face a major challenge to deny the Dutchman in Sunday's race. 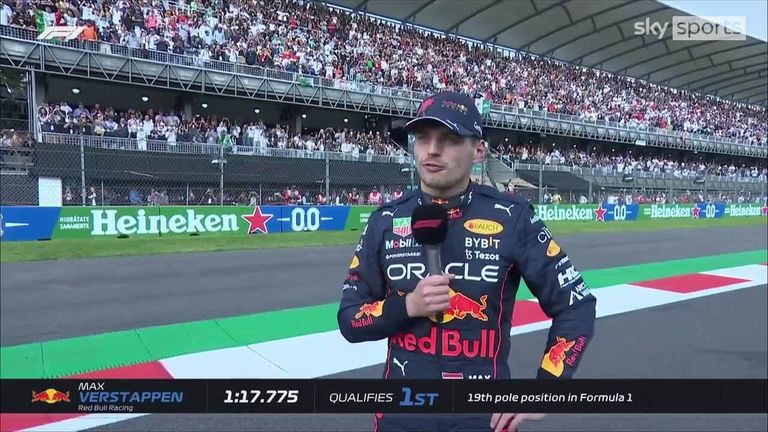 However, Mercedes have undoubtedly enjoyed their best Friday and Saturday of the season, and having two cars behind the Red Bull - with a long run to the first corner - will give them hope of sealing a first victory of the year.

"It was a good qualifying I think," Verstappen said. "It was a close one but after FP3 we made a few adjustments on the car and got into a better rhythm.

"To be on pole here is amazing, of course it's a very long run to turn one, so we do need a good start. I think we have a quick car and that's what's most important."

Mercedes had appeared to be well placed to challenge for what would have been just a second pole of the season after delivering a one-two in final practice earlier on Saturday, but Verstappen immediately laid down a marker at the start of qualifying.

The Dutchman's more cautious approach through the early stages of the lap paid off, as his stronger final sector performance put him ahead of the Silver Arrows after their first runs. 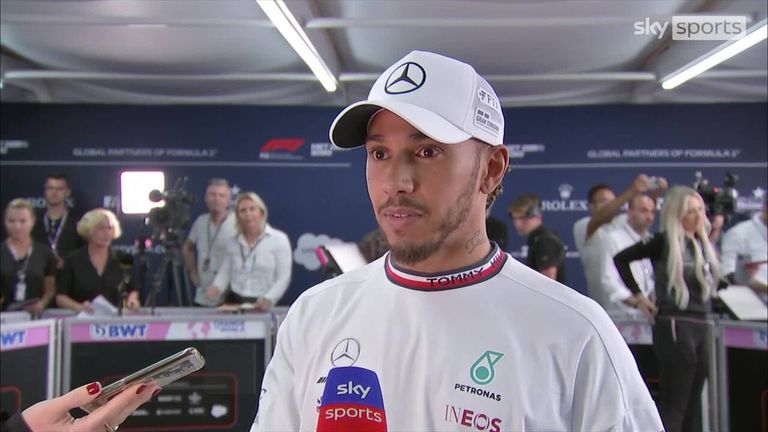 Verstappen and Leclerc, who was second at the time, were the only cars who opted not to return to the circuit for a second run on an improving track, which gave Hamilton the opportunity to set the fastest time in the dying moments.

The seven-time world champion also ended Q2 at the top of the timesheet, but had used fresh soft tyres, while Verstappen had done his flying laps on used sets.

Despite that, the fact that at the end of Q2 only 0.014s separated the top four of Hamilton, Sainz, Russell and Verstappen, a dramatic final part of the session beckoned.

However, finally unleashing his car's full potential, Verstappen was able to out-pace Russell by more than a tenth on their opening runs, while Hamilton lost his first lap time for exceeding track limits at Turn 3. 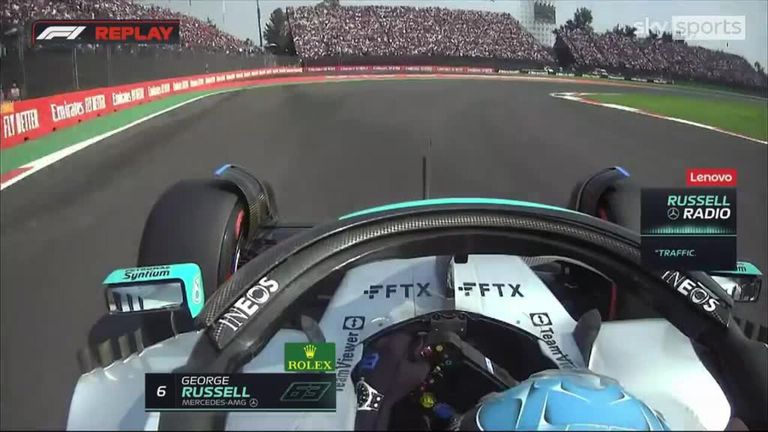 That meant Hamilton would have to exercise a certain amount of caution on his second and final run, damaging his hopes of a first pole of the season.

Those hopes were further dented as Verstappen improved, and despite having appeared in touch after two sectors, Hamilton once more faded to finish three tenths back from the leading time in third.

"This is the best qualifying we've had all year, so it just shows that having perseverance and never giving up is the way forward," Hamilton said.

"I'm pretty happy with my position (on grid) to be honest, it's a long way down to turn one." 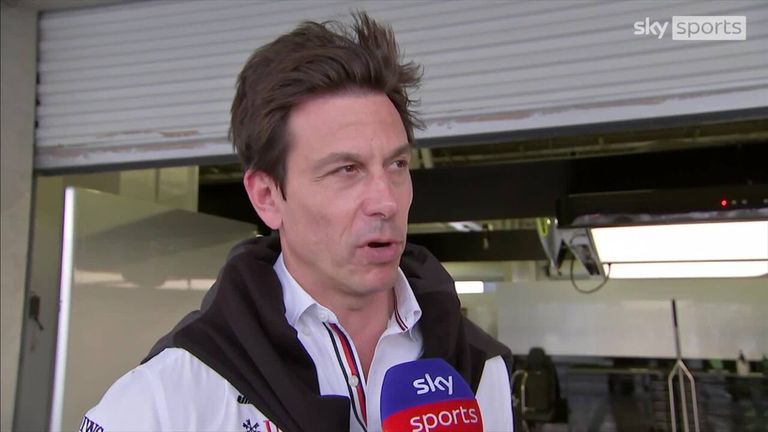 Russell, free to attack, appeared to be on a strong lap but ran wide at Turn 12 to end his hopes of dislodging Verstappen, who has converted four of his five pole positions this season to victories.

"The team deserved more today," Russell said. "They've produced a really great car this weekend and it's testament for them for the work they've been doing for so long.

"I feel like it was our pole to have but it was just a terrible lap from my side, but it's great to be back on the front row."

With Red Bull having sealed the constructors' championship at the United States Grand Prix last weekend, Perez completing a one-two in the driver's championship remains a key target for the team.

Despite enduring a challenging session, where he momentarily appeared at risk of dropping out in both Q1 and Q2, Perez strung together a solid effort to take fourth, enhancing his hopes of overhauling Leclerc's two-point advantage.

Verstappen's relatively low pole total in a season in which he has been so dominant has largely been down to the qualifying pace of Ferrari, but it was a miserable Saturday in Mexico for the Italian team.

Leclerc, who crashed out of second practice on Friday, had shown signs of his usual Saturday brilliance as he slotted in behind Verstappen in Q1, but that was as good as it got for Ferrari.

While the unique conditions of the Autodromo Hermanos Rodriguez - set at high altitude in Mexico City - make it a challenging track, the Ferrari has looked particularly hard to handle all weekend. 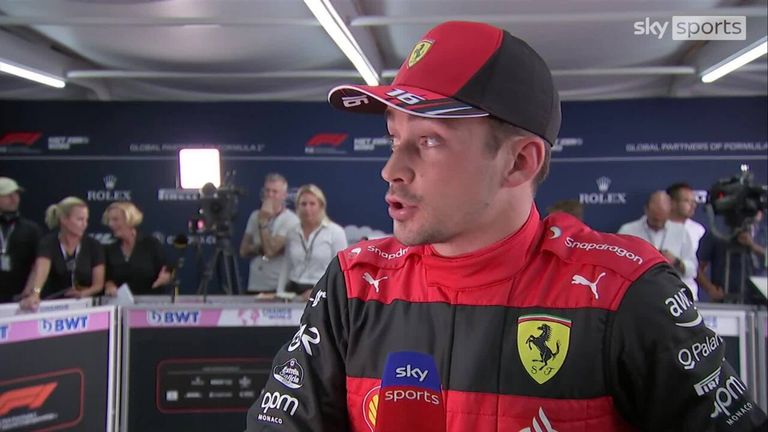 Both drivers continued to struggle in Q2 as Sainz finished sixth and Leclerc eighth, and they were only able to go one place better in the final showdown, as the Spaniard finished almost 0.6s behind Verstappen.

Valtteri Bottas performed mightily throughout qualifying, going seventh tenths quicker than Alfa Romeo team-mate in Q2, as the Chinese rookie was knocked out.

The former Mercedes driver crowned his brilliant display by edging Leclerc for sixth, with the other Ferrari finishing almost 0.8s back from Verstappen.

Lando Norris boosted McLaren's hopes in the battle for fourth in the constructors' championship, as he finished eighth ahead of Alpine duo Fernando Alonso and Esteban Ocon. 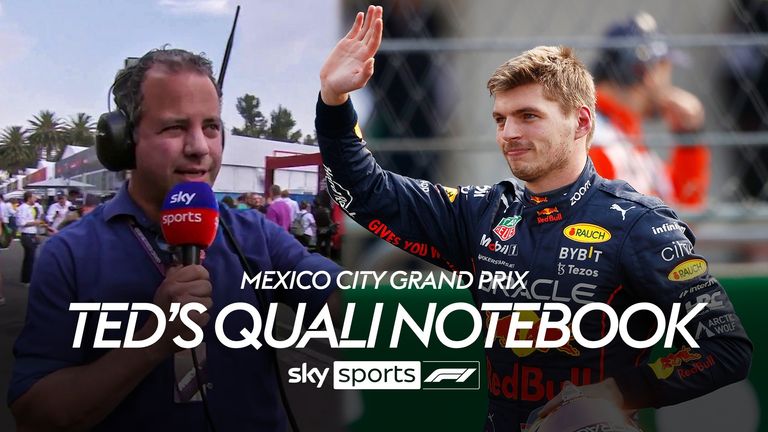 Alonso had earlier snuck through to Q3 at the expense of Norris' team-mate Daniel Ricciardo, who will start 11th as McLaren attempt to close an 11-point deficit to the French team.

Mick Schumacher, who continues to attempt to prove his worth to Haas and retain his seat for the next season, suffered a hugely frustrating Q1 exit after losing a brilliant lap time for exceeding track limits.

The German did a lap that would have put him sixth at the end of Q1, but was ruled to have had four wheels off track at Turn 2 and consequently missed out on a place in Q2 at the hands of his team-mate Kevin Magnussen.

Schumacher was trailed by the two Aston Martins of Sebastian Vettel and Lance Stroll, with the team's recent improvement coming to an abrupt halt.

Williams duo Alex Albon and Nicholas Latifi were last on the timesheet, but will not occupy the back row, with Magnussen dropping to 19th after a five-place grid penalty for taking new engine parts, and Stroll relegated to last as he serves a three-place penalty for his collision with Alonso at last weekend in Texas.