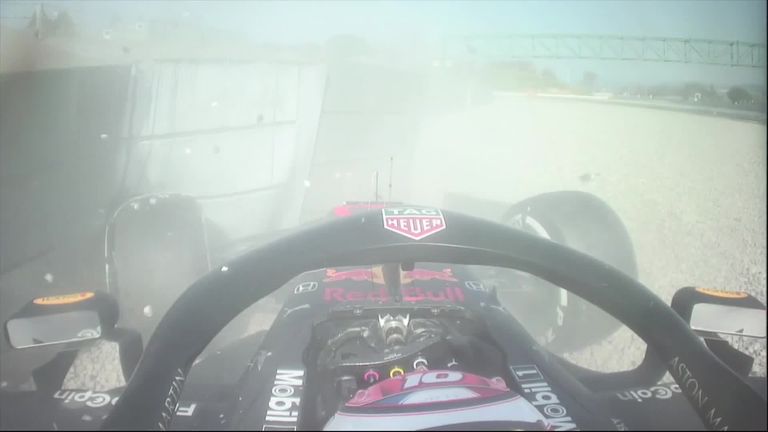 Ferrari sent out a statement of F1 2019 intent by setting by far the quickest lap times of Winter Testing on the penultimate day of pre-season action at Barcelona.

With chief rivals Mercedes and Red Bull having pointed to them having an early advantage, Ferrari underlined that message as Charles Leclerc posted a series of fastest laps before the lunch break.

Do Ferrari have rivals worried?

Leclerc eventually worked his way down to a 1:16.231 on the fastest C5 tyres - a lap within one tenth of last year's record Spanish GP pole time. He was also fast on Pirelli's other compounds.

Right then Mercedes and Red Bull - what have you got? A 1:16.231 from @Charles_Leclerc and Ferrari... Gauntlet well and truly thrown down by Maranello! #GameON #F12019 #Testing

The Ferrari completed 138 laps, although the car stopped on track late on with a small exhaust problem.

Red Bull finished fourth with Pierre Gasly - but the Frenchman crashed out heavily at Turn Nine and the team lost the closing hours of the afternoon session.

Gasly was given the all-clear, with the cause of the crash not yet known. 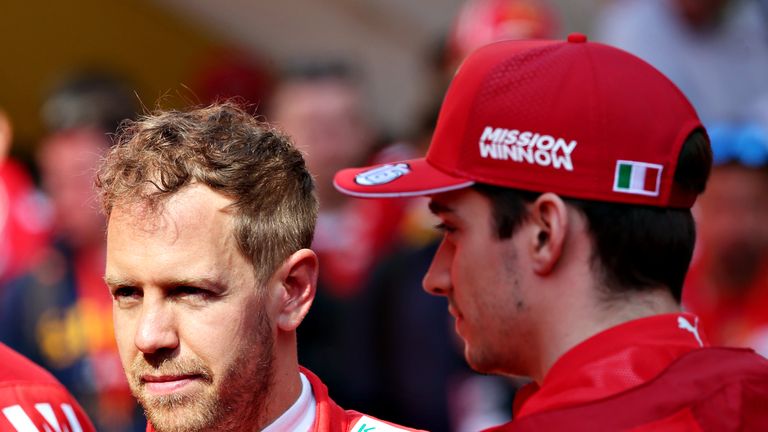 F1 2019's fastest day yet
On the second-last day of track action before the season-opening Australian GP, the new-for-2019 cars showed their most impressive turns of speed yet as most teams completed shorter, qualifying-style runs during the morning session.

Nine of the grid's 10 teams recorded their fastest laps of the winter so far.

World champions Mercedes, who continued to focus on long runs with neither Lewis Hamilton nor Valtteri Bottas breaking out of the 1:18s during their combined 182 laps.

However, Hamilton's 1:18.097, while only good enough for ninth place, was on Pirelli's second-hardest compound and was effectively the Mercedes' W10 best so far once tyre-corrected.

The bigger priority for Mercedes therefore remained the W10's performance over long runs, with technical boss James Allison having confirmed they, like other teams, are suffering with tyre graining problems.

"We have some kind of balance issues we still need to solve, there are many things in the car we can still improve," said Bottas, who reiterated that Ferrari appeared to have an edge heading to Melbourne.

The fastest laps at F1 Testing

In addition to Red Bull and Ferrari, the Racing Point car of Lance Stroll also stopped on track with a technical problem during the day.

Day Three, Test Two in quotes
Pierre Gasly, Red Bull
"To be fair, they [Ferrari] are really fast and showed some good pace."

Paddy Lowe, Williams
"Given time, we can turn this team back to its days of former glory."

Valtteri Bottas, Mercedes
"Any obstacle, I think it's possible to overcome. I trust everyone is really making sure that, with the starting point for the season, we're going to be in best possible shape for Melbourne."

Lance Stroll, Racing Point
"It's really tough to predict where we stand once we start racing: everyone is working on different programmes, but I start the season with a positive mindset."