"I was really proud to see him up there just showing everyone that you should never give up," says F1 world champion Hamilton 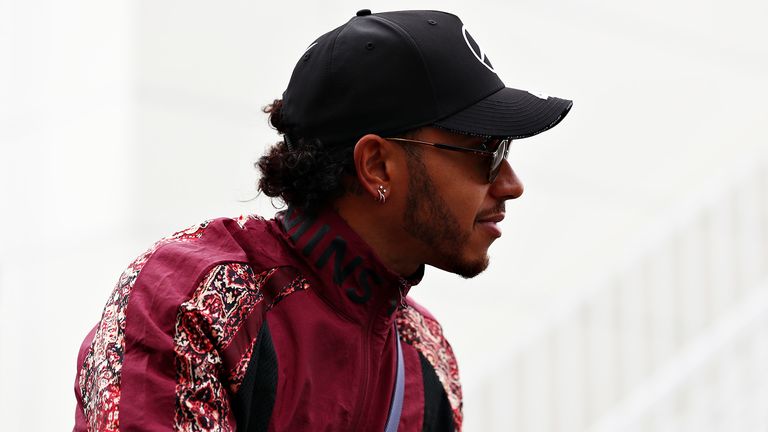 Lewis Hamilton has paid tribute to Tiger Woods - and called for the golfing legend's sporting comeback story to be turned into a film.

​​​​​​On the same day that Hamilton won his 75th grand prix in China a fortnight ago, Woods claimed his 81st success on the PGA Tour with a thrilling fifth Masters title - the American's 15th major but first for 11 years.

"I did see some of the highlights and it was quite emotional to watch just knowing his journey, where he started and the things he has gone through," Hamilton told Sky Sports News at the Azerbaijan GP.

"To come back after so many years is just proof [about] never giving up on your dreams."

And Hamilton reckons 'Tiger Woods: The movie' is now an inevitability.

"I had the pleasure of meeting him last year at Wimbledon for the first time and I'd always wanted to meet him," added Hamilton.

"Before that he had sent me a flag from one of the holes when we were both with one of our sponsors. I was really proud to see him up there just showing everyone that you should never give up, keep pushing and keep believing in yourself.

"It's now time for a movie - it's a perfect movie! So I look forward to seeing it."

F1 and golf's record chasers
Hamilton and Woods are both regarded as athletes who transcend their own sport.

According to Forbes magazine, the pair are among the top-20 highest-paid athletes in the world, while they are also each chasing their respective sport's most prestigious record.

Weekend rounds🏌🏽‍♂️⛳️ I love the precision of this sport #golf pic.twitter.com/sTveqk28qT

During F1's winter break in January, Hamilton posted an image of himself on a golf course and expressed his admiration for the sport.