Ahead of the Italian GP, Hamilton speaks openly about a potential Ferrari move but admits he wants to be part of Mercedes 'history'; Hamilton adds that Scuderia currently have 'two great drivers'

By Matt Morlidge at Monza 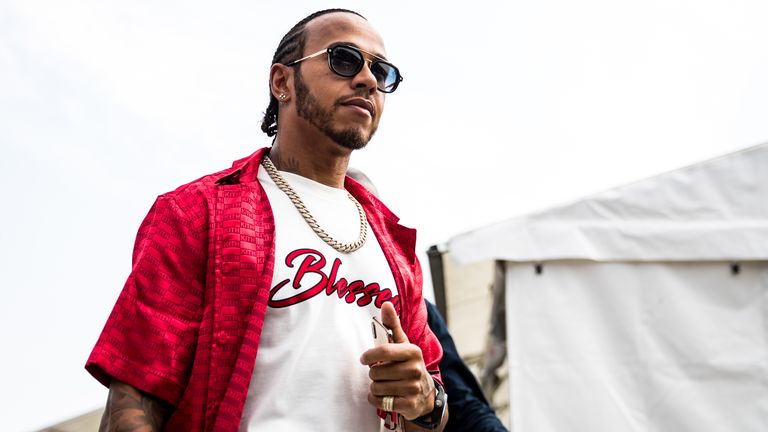 Lewis Hamilton has admitted that joining Ferrari remains a potential option for him in the future but is not sure whether the move is part of his F1 "game plan" - with the Mercedes driver stating that "loyalty is key".

Although Hamilton is signed up at Mercedes until the end of 2020, a blockbuster link-up between the five-time world champion and the sport's most prestigious team has long been mooted, while Hamilton has made no secret of his admiration for Ferrari.

Mercedes even revealed that the prospect of Hamilton driving for Ferrari was discussed during their contract talks last year.

Upon arriving at Monza, the Scuderia's famous home F1 track, Hamilton said he still receives messages from Ferrari fans asking him to join, but was non-committal over his future when asked by Sky F1 if the switch "tempts" him.

"I don't know if it's about being tempted, it's about whether or not it's a part of the game plan," replied Hamilton, who then explained how important "history" and "loyalty" are to him at Mercedes, who he joined in 2013. 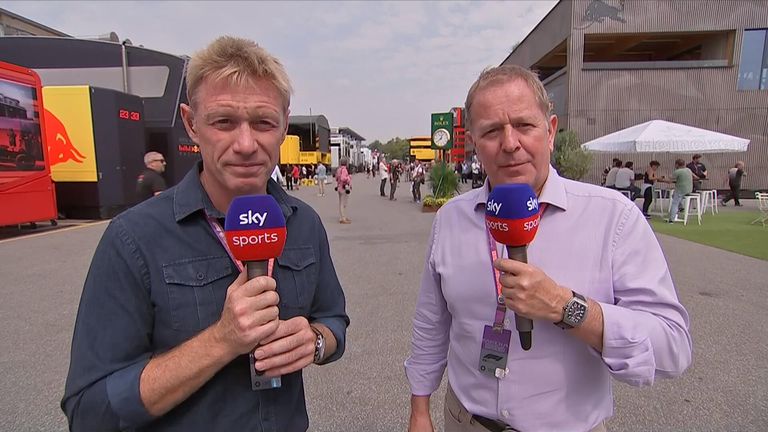 "I was just asked the question: 'How would you feel if you ended your career without being at Ferrari?'. And honestly when you're part of Mercedes you are a part of a family for a lifetime - providing you stay with them.

"If you look at Stirling Moss, then you've got Juan Manuel Fangio who is still honoured within the family. You're part of their history and they look after you for the rest of your life.

"That's important to me, loyalty is a very key part.

"But if there's a point in my life where I decide I want to change, then [Ferrari] potentially could be an option."

Hamilton added to reporters that Ferrari are currently settled with "two great drivers" in Sebastian Vettel and Charles Leclerc, who he has been particularly impressed with in his rookie season.

"They've got two great drivers there now," said Hamilton. "I'm sure they're happy with their new young star that they've got coming up and I'm super excited to see how he progresses."

Hamilton has won four of his five titles with Mercedes and is the favourite to claim a sixth in 2019, currently holding a 65-point lead with just eight races remaining in the season.

Ferrari finally sealed their first victory of the season last weekend in Belgium but still return to their home Italian GP under pressure.

The team have not won at Monza since 2010 - with Mercedes winning the last five races there - while their last drivers' and constructors' titles came in 2007 and 2008 respectively.

Hamilton believes that barren run is one of the reasons fans have been calling for his signature.

"They've not had a championship obviously since 2007 so there's that yearning that all fans have of seeing their favourite team succeed," he said.

"I'm sure they're just relating it to the fact that I've won the championship the last few years."

Ferrari's passionate fans, the Tifosi, will be out in force again this weekend but, although Hamilton has been booed on the podium before, he believes the relationship is improving.

"I think it's grown a lot over the years but it takes a long time to shift perception," he said.

"We still come here and you stand on top of the podium and 90 per cent plus are all Ferrari fans. Often we've come here and I've made the weekend not so great for Ferrari fans by having Mercedes on the top step.

"I think it's growing slowly, bit by bit. But it would never be the same as if I was driving for a Ferrari team."