Ross Brawn on F1's plans for 2020 calendar, including August races 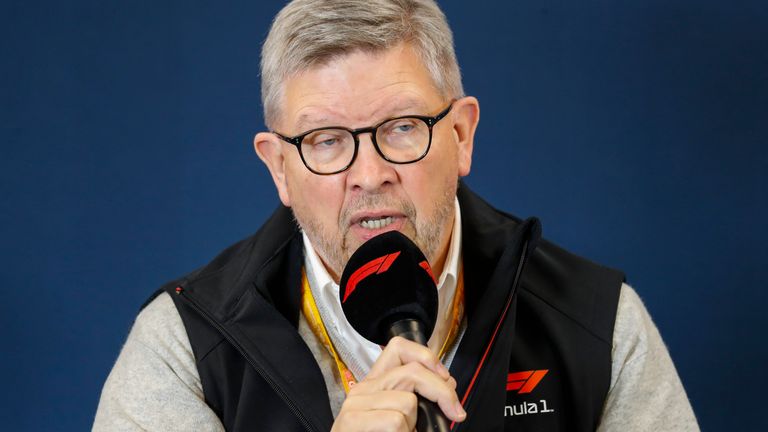 Ross Brawn has told Sky Sports that F1 are confident of successfully reshuffling their 2020 calendar after an enforced "hiatus" - suggesting that races could now be staged during August's summer break.

The scheduled start to the campaign has been scrapped due to the coronavirus outbreak, with the first four races - Australia, Bahrain, Vietnam and China - either cancelled or postponed.

The Dutch GP is now stated to be the first race of 2020 on May 3 - although there are major doubts about that event after F1 admitted they now see the season starting at the end of May.

But Brawn, F1's managing director of motorsports, says he still believes the sport will stage an exciting 2020 campaign, with the affected races possibly moving to August - when F1 traditionally takes a four-week break to split up the season.

"Maybe we take a hiatus, we take a pause - and then we use that opportunity to say right, for this time at the beginning of the year we won't have any races, we'll look at relocating those races later in the year," Brawn told Sky Sports F1's Martin Brundle in an exclusive interview.

"I think by freeing up the August break, we give ourselves several weekends where we can have a race. And I think we can build a pretty decent calendar for the rest of the year.

"It will look different, but it will still preserve a good number of races, and they're exciting races. So the season's going to start later, but I think it will be just as entertaining." Brawn admitted that F1, like many other sports, are now in "unchartered territory", but added: "I'm pretty optimistic that we can have a good 17-18 race championship or more.

"I think we can squeeze them in. But it depends on when the season will start."

F1's statement when confirming the postponement of the events in Bahrain and Vietnam said that they "expect to begin the Championship in Europe at the end of May" - which would also mean the Spanish GP, set for May 10, could be set for a change of date.

The calendar was already jam-packed before the season started with a record 22 races so any changes may require a return to a triple header, which teams have not been keen on in the past.

"I think what we need from the teams this year is flexibility, I think they've got to give some scope to do these things. Because we are in very unusual circumstances, and we've got to make sure we've got a season that gives a good economic opportunity for the teams.

"For sure we're going to have a quiet start. I'm sure the teams will be flexible to allow us to fit those things in."