Lewis Hamilton vs Nico Rosberg; Raikkonen on a lawnmower; At Home with Sky F1: Johnny Herbert 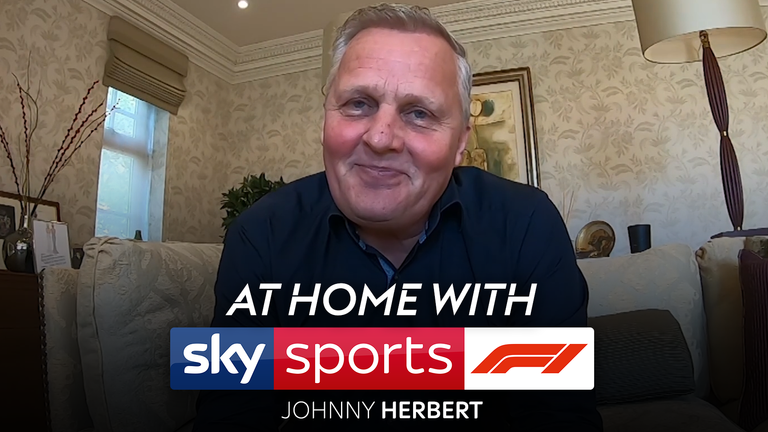 In the third daily instalment of At Home with Sky F1, three-time GP winner Johnny looks back the most memorable four features he has been involved with since 2012 - two of which are all-time classics.

The Sand Grand Prix featuring the then-pally Mercedes team-mates against Johnny and Damon Hill in 2013, and the Lawnmower Grand Prix ahead of the 2014 British GP when Raikkonen took on a crack team from Sky F1 on probably the most unwieldy machine he has ever driven.

Hill and Herbert are then reunited in two more features - a unique retelling of the Vettel-Webber Multi-24 controversy one year on and then Johnny's return to racing at the Monaco Historique later that year.

Johnny: "We took hours to get to the location. When Lewis and Nico finally turned up we had a bit of a practice and it was all laughing and joking. But then it got very competitive and there was that first lap between Damon and Lewis…"

Johnny: "Seeing Martin Brundle and Anthony Davidson kitted up on lawnmowers was quite an experience. But then Kimi turned up smiling and unperplexed and once he got on the lawnmower we thought 'we've got a little bit of issue here'.

Hill and Herbert's version of Multi-21