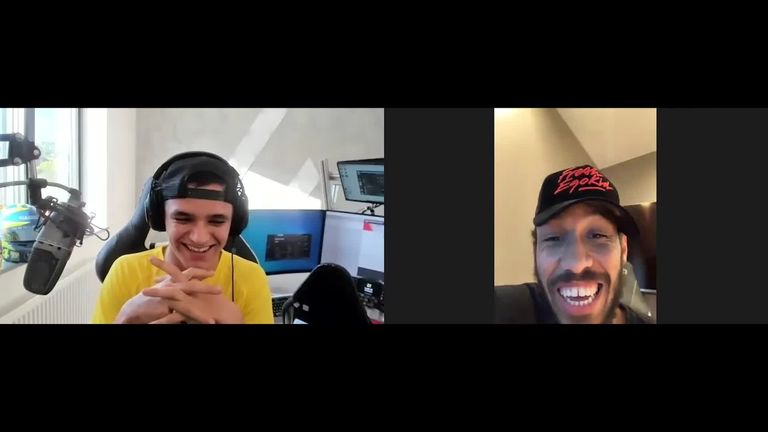 Valtteri Bottas and Esteban Ocon have become the latest Formula 1 driver additions to the Virtual GP series, with the pair joining a star studded grid - including Arsenal striker Pierre-Emerick Aubameyang - for this weekend's online race around the iconic Monaco streets.

The Virtual Monaco GP will be live on Sky Sports F1, Main Event, Mix, and our YouTube channel at 6pm on Sunday.

Bottas, Lewis Hamilton's Mercedes team-mate who finished second in the championship last year, and Ocon, the highly-rated Renault youngster, confirming their participation takes the F1 driver count to eight for the Virtual Monaco GP - a record in the official eSports series so far.

Aubameyang's place on the grid was confirmed on Wednesday - partnering Norris at McLaren - but Arsenal's hitman won't be the only footballer involved on Sunday night as Real Madrid goalkeeper Thubaut Courtois is back for another F1 outing with Alfa Romeo.

The other non-driver participants confirmed so far are Hawaiian surfer Kai Lenny, who will be alongside Albon at Red Bull, and Latin American singer Luis Fonsi at Racing Point.

While nothing can quite replace 'real' on-track racing, F1 fans have been treated to two epic battles in the last two virtual races, with Albon and Leclerc and more recently Russell and Leclerc locked in race-long duels.

There may well be another this weekend around the unforgiving streets of Monte Carlo.

A short qualifying period will take place at 6pm, before a 39-lap race.

And that's not all we've got coming up for you on Sky Sports F1 this weekend. 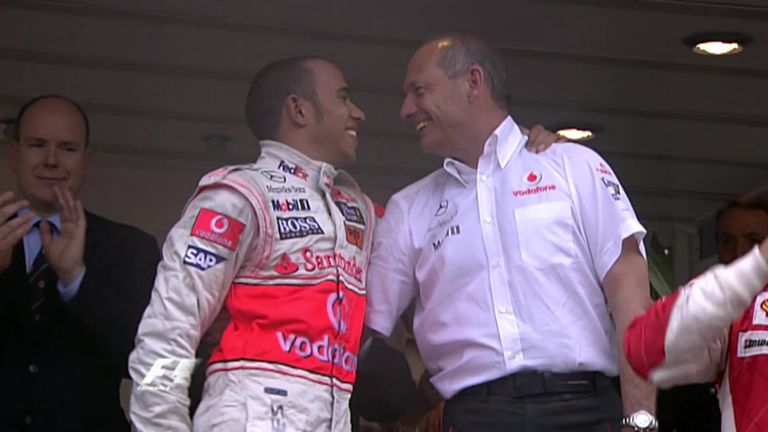 Lewis Hamilton sits down with Martin Brundle to reflect on the magic of Monaco on Sky Sports F1 on Saturday May 23 at 8pm.

Lewis Hamilton's Secret Cinema - Magic of Monaco is on Saturday night at 8pm, as the six-time champion joins Martin Brundle to watch classic Monaco moments, featuring Graham Hill and Ayrton Senna, and relives some of his own famous wins in a programme which is not to be missed - on the channel and our digital platforms.