With a number of high-profile stars possibly on the move, what are each teams's options for 2021? New F1 season starts on July 3-5

We have not seen any cars racing on track in 2020, but Formula 1's driver market has been anything but quiet - shifting into overdrive during the sport's enforced absence, with several surprises and high-profile moves.

So what now for the F1 2021 grid? Which teams have drivers signed up, what have they been saying about their line-up, and who are they linked with?

Ahead of the new season - starting next weekend in Austria, live on Sky Sports F1 - we look at each team's 2021 possibilities...

Mercedes, F1's double world champions for the last six seasons, are out of sync compared to their 'big-three' rivals in that they do not yet have a driver signed up for 2021.

Lewis Hamilton is still the team's undisputed star and - given he has long-insisted he wants to remain in the sport - he looks certain to stay, particularly after Ferrari's move for Carlos Sainz ended that long-running saga. Both Hamilton and Mercedes have spoken positively about contract talks, which should ramp up once the season starts.

There is, however, yet again plenty of speculation about the other seat despite Valtteri Bottas' best F1 season to date last year.

Toto Wolff openly admitted the unexpectedly-available Sebastian Vettel is an option - and pairing two multi world champions together in Vettel and Hamilton would certainly be blockbuster (although Bottas told Sky F1 he had been given assurances that the German is not in the running). 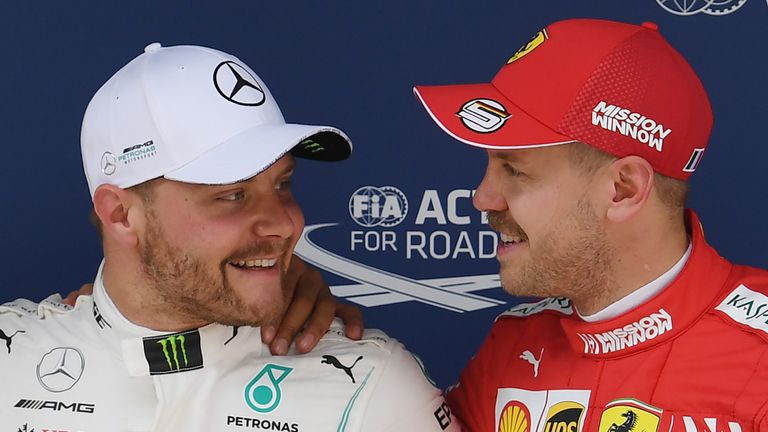 What is clear is that the team's 'internal' options are very much under consideration despite driving elsewhere this year. George Russell, who boosted his reputation during the enforced off-season by dominating the Esports series, will be desperate to impress with back-runners Williams again, while fellow graduate of the Mercedes driver academy Esteban Ocon is back in the sport with Renault - who insist he is not just on a two-year 'loan'.

The respective performances of Bottas, Russell and Ocon will be crucial as F1 favourites Mercedes consider their next move, particularly with Vettel lurking.

Ferrari kick-started the 2021 driver market with the bombshell that was Vettel leaving - but just as quickly as the Scuderia entered the market, they exited it by confirming Carlos Sainz as Charles Leclerc's new team-mate.

Sainz and Leclerc are signed on until 2022 and 2024 respectively, giving Ferrari some young and steady building blocks as they look to become a title-contending force again.

Just like Mercedes with Hamilton and Ferrari with Leclerc, Red Bull are fully committed to getting the best out of their star, Max Verstappen - the 22-year-old who has one more chance to become F1's youngest world champion this year.

Alex Albon, who showed plenty of promise after hastily joining the team last September, is certainly in pole position for the 2021 seat next to Max, and has been praised by team boss Christian Horner.

But there is one key question: What if Albon does not perform this year?

The team say they would want to select from their pool of drivers whatever happens next season, so that would mean returns are possible for the previously-axed Pierre Gasly and Daniil Kvyat, the AlphaTauri team-mates. And although Horner has downplayed this idea, is a move for another ex-driver, Vettel, totally off the table? Stranger things have happened… 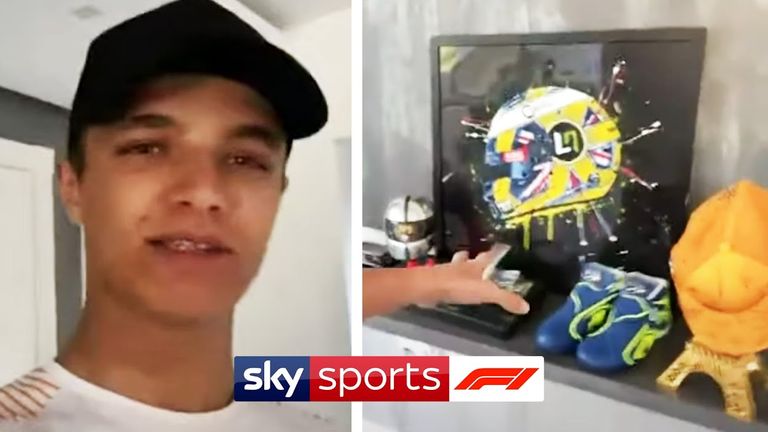 Losing Sainz, the Spaniard who led the impressive Woking team last season, to Ferrari was certainly a blow for McLaren - but they could not have found a better replacement than Daniel Ricciardo. You could say they have actually improved. The seven-time F1 race-winner will be an ideal benchmark for Lando Norris, who has also been confirmed for 2021.

You had to feel for Renault during that frenzied week of transfers back in May - as after investing so much into Ricciardo, the Australian snubbed contract extension talks to jump ship.

But with that disappointment, comes an opportunity for the French team to take their time and select the perfect partner for Esteban Ocon, who is signed up for 2021 and suddenly the team's leader for the future despite having yet to make his debut in yellow.

Renault were understandably immediately mooted as an option for Vettel - although whether the German would move to a midfield team is certainly debatable. Links to Fernando Alonso, however, have been more persistent and Renault, where he won his two F1 titles, seems to be the best landing spot for Alonso should he wish - as has been strongly implied - to return to the sport.

Cyril Abiteboul has not ruled either of those high-profile stars out, although Renault also want to make the most of their driver academy. If they go down that route, Abiteboul has named Guanyu Zhou and Christian Lundgaard, who are both competing in F2 this year, as the leading contenders. And could Nico Hulkenberg, who was unlucky to lose his seat last year, also be an option?

The choices for Renault could well be dictated by how well Ocon performs this season.

Racing Point have big ambitions heading into F1's new era once they morph into Aston Martin from next year, but have downplayed suggestions they could make a shock big-name driver signing - such as Vettel - to partner Sergio Perez, who is signed on until the end of 2022.

Instead, it looks certain that Lance Stroll will retain his seat. 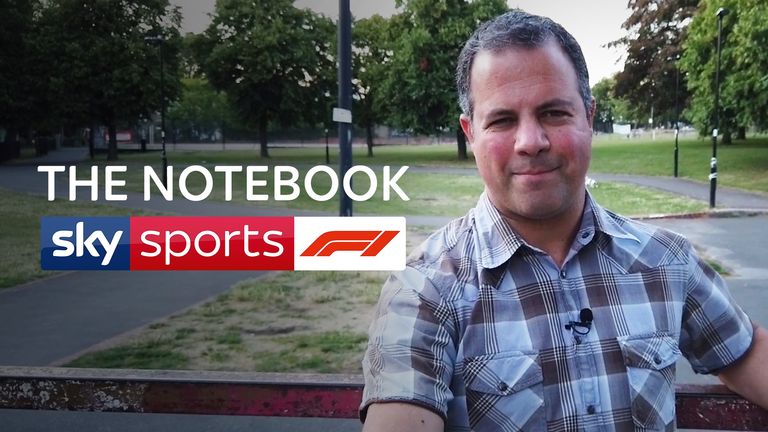 "I think eventually Lance will overtake Sergio and having that combination of youth and experience is perfect for us," said team boss Otmar Szafnauer.

Both Kimi Raikkonen and Antonio Giovinazzi's contracts expire at the end of the 2020 season but do not count out either staying put. That would be particularly noteworthy for Raikkonen, the 40-year-old who, providing there are enough races, can break the all-time F1 race appearance record this year.

Giovinazzi, meanwhile, will be looking to kick on after impressing in the second half of 2019. The Italian was even mooted as an outside bet for the Ferrari seat for next year - and although he would have jumped at that opportunity, admitted himself that it was "not the right time".

The newly-named AlphaTauri's line-up will likely be dictated by what senior outfit Red Bull decide to do.

Pierre Gasly showed the sort of form that earned him a call-up to Red Bull in the first place upon re-joining Toro Rosso last season, while Daniil Kvyat also performed admirably in his first season back.

AlphaTauri would surely be happy if they got to keep that young, yet experienced, line-up for next year - with few young drivers leaping off Red Bull's usual conveyor belt of academy talent right now.

Given how much they clashed last season, it was somewhat of a surprise for both Kevin Magnussen and Romain Grosjean to retain their seats at Haas for 2020. They were given the benefit of the doubt due to the shortcomings of that 2019 car, but with the team expecting much more competitiveness this year, they will surely be less forgiving of their drivers.

Both have the speed - although Haas will be watching the driver market develop with interest. George Russell's contract with Williams runs until the end of the 2021 season, although he could yet be called upon by Mercedes as Bottas' replacement. Williams, distant back-runners last season and in need of improvement in 2020, will be desperate for the young British star to stay and help them rebuild.

Alongside him in 2020, Nicholas Latifi only has a one-year deal - so his rookie season will be crucial for his prospects. Williams now has no shortage of options in its reserve driver pool - with Jack Aitken, Dan Ticktum, Jamie Chadwick and Roy Nissany all part of the team.