Sainz will replace Sebastian Vettel for the 2021 season at a Ferrari team in turmoil; Spaniard outspoken on Scuderia's power issues

Carlos Sainz has acknowledged his future team Ferrari have a long way to go before catching up to the field and being competitive in F1 again.

Sainz, 25, will join Charles Leclerc at Ferrari next season as Sebastian Vettel departs, but the constructor has been plagued by consistent underperformance and disappointing races so far this campaign.

They are heading into their home Monza race, which Leclerc won last year, off the back of their worst finishing result in a decade in Belgium.

And the McLaren racer, who did not start the Belgian GP on Sunday due to exhaust failure as he approached the grid, told Sky F1's Simon Lazenby and Karun Chandhok the Scuderia have a lot of room for improvement. 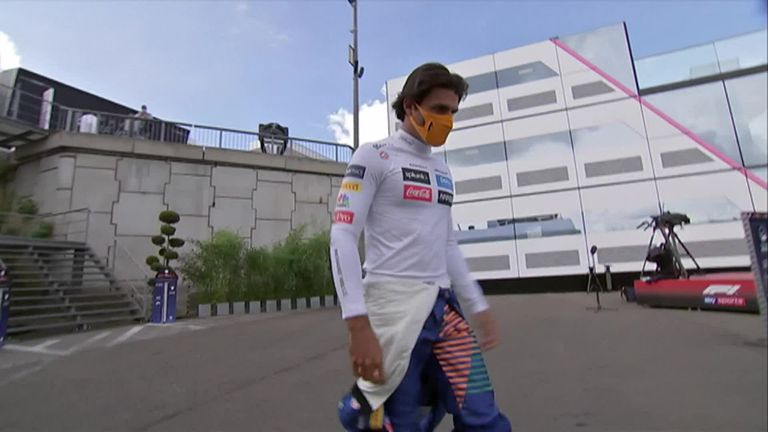 He said: "Of course I want [Ferrari to improve], I'll be the first one in the factory pushing to find more power and I'll be pushing everyone as soon as I get there.

"Ferrari has a lot of resources, a lot of power benches, so I'm sure they're there at the factory working hard to get the power they've lost.

The Spaniard also acknowledged how hard it was seeing his future employers struggle and expressed the need for change.

He added: "Obviously, not good. They're not happy with their performance this year.

"When you lose so much power from one year to the other - which is not the normal trend in F1, normally you expect to stay the same or gain - you know at Spa you're going to get in trouble.

“You need to accept 2021 is going to be a tough year for everyone. Every team needs a fresh start to try to trouble Mercedes because at the moment Ferrari or Red Bull are just too far off.

“They are doing a better job and we need to reconsider how we approach F1 and what kind of team you want to have a chance."

Ferrari boss Mattia Binotto has admitted the sport's most successful outfit's revival may take "many years" as they wait for the next major rules overhaul in 2022, with limited engine upgrade opportunities until then.