Hamilton seals 94th F1 pole after beating Bottas by 0.069s; Sainz a superb third for McLaren, Perez fourth ahead of Verstappen; Traffic hampers qualy, Vettel out in Q1 while Leclerc only 13th for Ferrari 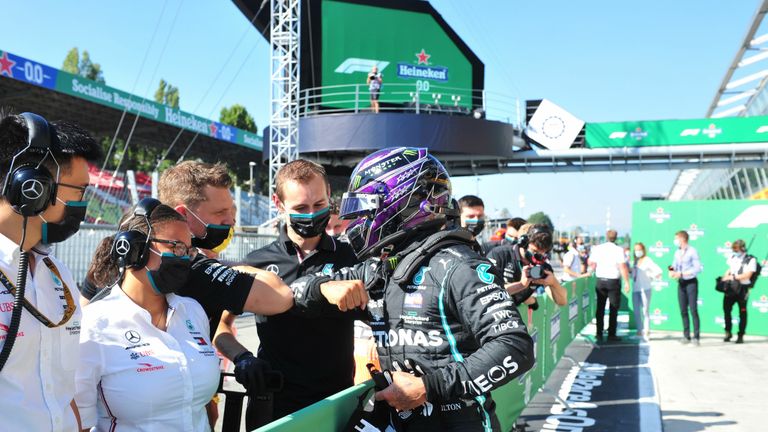 Lewis Hamilton edged out Valtteri Bottas for pole position at the Italian GP as Mercedes dominated qualifying, while Carlos Sainz was a surprise third for McLaren and Sebastian Vettel fell at the first Monza hurdle.

It was a miserable Saturday at their much-loved home track for Ferrari with Vettel out in Q1 and Charles Leclerc only 13th, and Red Bull also struggled in a feisty session as both drivers missed out on the second row.

But after claiming the new-for-Italy engine rules were introduced to "slow us down", Mercedes comfortably handled the lack of 'party mode' and the near-constant traffic to crush the competition - and it was Hamilton who sealed his 94th pole with a track record around F1's fastest track.

This car. This Team. This driver. ❤️ pic.twitter.com/DSeMAALLTM

That turned out to be Sainz, who Sky F1's Martin Brundle said produced the "lap of the day" to edge out Sergio Perez in the Racing Point to head-up the second row, with Max Verstappen a disappointing fifth for Red Bull.

Team-mate Alex Albon will only start Sunday's race, live on Sky Sports F1 at 2.10pm, in ninth and behind Lando Norris, Daniel Ricciardo and Lance Stroll. 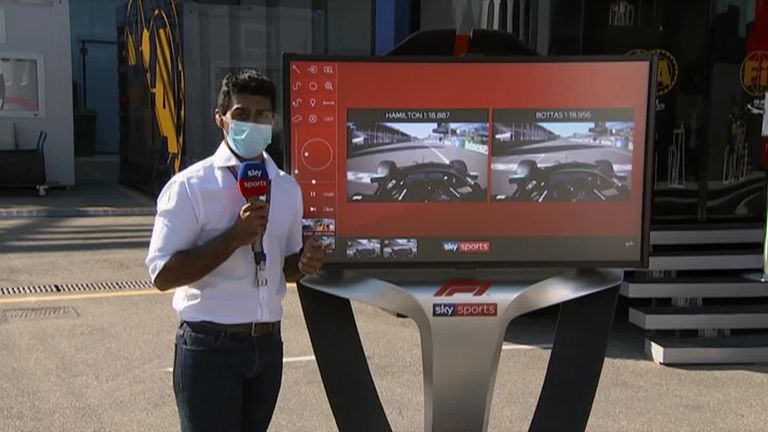 But for the first time since 1984, Ferrari were missing from the top-10 entirely in Italian GP qualifying.

Vettel became a victim to the end-of-Q1 traffic "mess" as drivers, much like last year, jostled for position at the start of their crucial flying laps in a bid to get a slipstream, with an angry four-time world champion unable to improve. 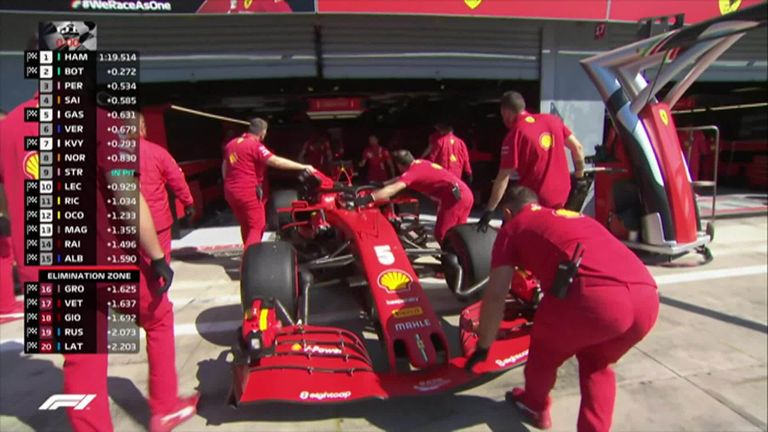 Esteban Ocon and Kimi Raikkonen came particularly close to colliding in that instance.

Leclerc, meanwhile, said there was no more he could do after qualifying 13th, 0.2s off a place in the the Q3 shootout.

"The real concern is that is their true pace," said Brundle about F1's most successful outfit. "It's not like they've had driver error or a bit of bad luck, that's their pace."


Party over for Mercedes? Think again

A new F1 engine rule has been introduced for this weekend's Italian GP, with teams now having to operate in the same single engine mode from the start of qualifying to the end of the race. Mercedes, who are thought to have one of F1's most powerful 'party modes' on a Saturday, believed their qualifying pace would be hampered because of the change.

All the TV times for this weekend's Italian GP - live only on Sky Sports F1.

But by Monza's evidence, they have no reason to worry.

Hamilton and Bottas traded fastest times in every qualifying segment - even in Q1 when on medium tyres - and no team ever really got close to them, with suspected closest rivals Red Bull even slipping into the midfield. 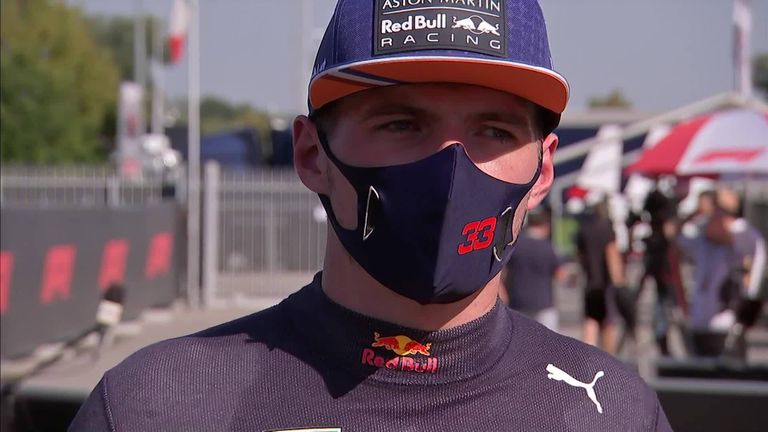 Bottas, so desperate for championship momentum, had the upper hand going into the final shootout but was beaten on both Q3 laps by Hamilton, who has quite the habit of delivering when it matters most.

"You saw how close it was between us all," said Hamilton, referencing the Monza traffic. "And it really demanded a clean lap. I think I did that on both, so I'm generally really happy." 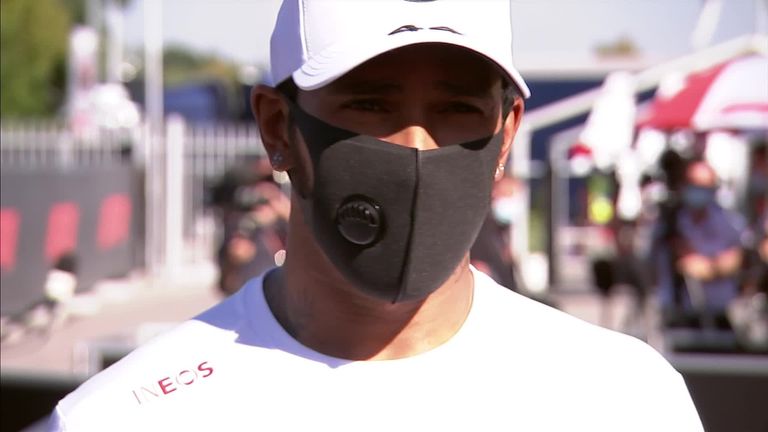 Renault also seem to have had few issues with the new engine rule, with three Renault-powered drivers in the top seven in Sainz, Norris and Ricciardo.

Although it may not have been related to the change in regulations, Verstappen regularly cited a lack of power in Q3 on his way to a third-row start.

The impact of the 'tow' around the high-speed Monza is greater than at any track on the calendar - as evidenced by last year's qualifying farce as drivers tripped over each other at the end of Q3 - and while teams avoided a direct repeat in the pole fight, there was still more controversy on Saturday.

That came particularly at the end of Q1 as all but three drivers came out for final flying laps at the same time, leading to a build-up of cars before the final Parabolica curve on their out-laps. That meant drivers - including the likes of Vettel who needed to improve to reach Q2 - were racing almost wheel-to-wheel on their pivotal efforts. 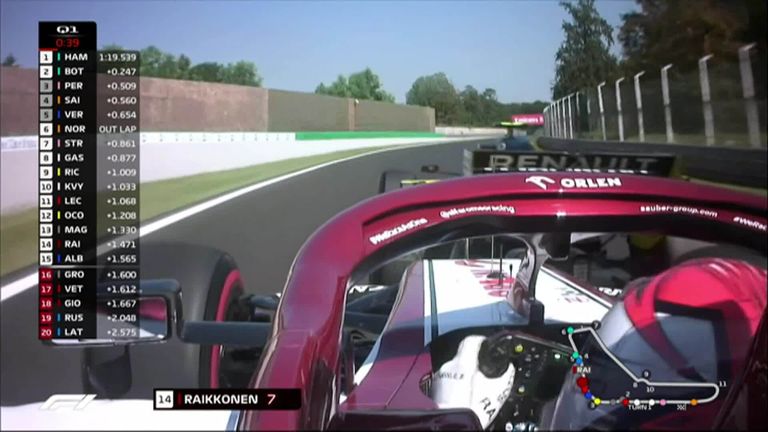 Ocon and Raikkonen, who both progressed, came close to colliding, while Vettel and Williams' George Russell lost a huge chunk of time into the opening chicane on their laps, with no bottom-five drivers posting quick-enough times.

"It was a complete mess," said Sky F1's Karun Chandhok. "They were all so heavily compromised."

Russell, as angry with his team for sending him out at that time as he was with rival drivers, raged on team radio. 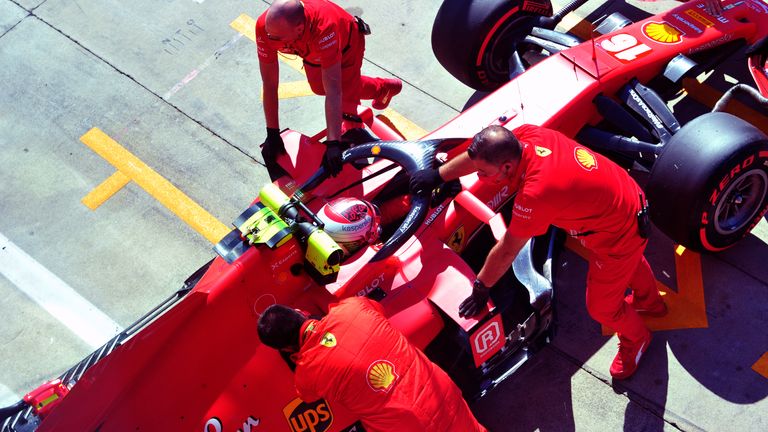 Well, that was a mess!

Looking back, not a huge amount more the team could’ve done.

"We're all in the same boat. I don't know why everybody sends out cars at the exact same times. I guess it looked a bit comical. It's frustrating."