Ferrari chief executive Louis Camilleri has admitted F1's struggling giants are "in a hole" and will find it "tough" to get out of it before the sport's big rule changes in 2022.

Outside the top five in the constructors' championship at this stage of a season for the first time in 27 years, the Scuderia have fallen back into the midfield with their fortunes seemingly hurt by winter engine-rule clarifications along with a problematic SF1000 car.

Ferrari chairman John Elkann has already said they cannot expect to start a new winning cycle until the sport's technical rules are overhauled in just over a year's time and, in an interview with Sky Sports F1 at the team's landmark 1,000th race at Mugello, Camilleri's short-term prognosis was similarly frank.

"It's a confluence of factors but anything I say will come across as excuses, and we're not into excuses.

"So what matters is to focus on the issues we have and to work hard with determination to get back to what we consider to be our rightful place."

Ferrari, sixth in this year's Constructors' Championship after nine races, have not finished outside the top four in the standings since 1981.

And their hopes of an immediate turnaround for 2021 are not helped by the fact teams will continue with their current chassis next year, with only limited changes allowed after a rules change forced on the sport by the financial and timetable impact of the coronavirus pandemic. 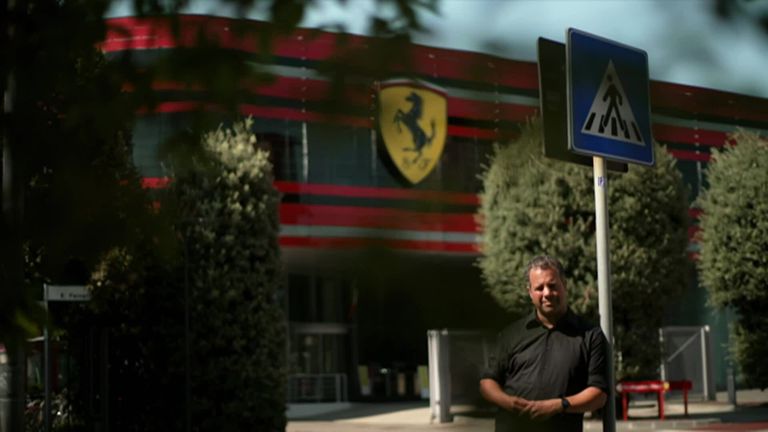 "Realistically it's going to be tough," replied Camilleri when asked if they could turn their fortunes around next season.

"[In] Formula 1 we are always fighting time - both on the track and in developments - and there's no magic bullet. So, we'll take time.

"I'm hoping with a bit more flexibility in the regs next year we can at least step it up from where we are. Mercedes, hats off to them, they've done an incredible job, and we'll see in 2022 with the new regs whether it creates a reset."

The verdict on Ferrari and Camilleri's comments

Sky F1's Jenson Button:
"It's such a difficult situation for Ferrari. There is pressure on all these teams in Formula 1. A lot of pressure on Mercedes, but the whole of the country wants Ferrari to win in Italy.

"There is so much pressure from the fans and also within Ferrari. So it's good for him [Camilleri] to give the team his blessing, if you like, and also for them to say it's not going to turn around overnight, it's going to take a little while. I think that gives them less pressure."