F1's most successful team are in disarray heading into this weekend's Italian GP; Why have they been so slow, and can they bounce back? Watch every Monza session live on Sky Sports F1

At this point of the Formula 1 season, we are normally talking about a Ferrari title challenge and a potential victory at their famous home race.

But the Scuderia are heading into the Italian GP on the back of their least competitive weekend in a decade, and with few reasons for optimism.

What has happened to the F1 giant, and where do they go from here?

In a word, terribly. Ferrari were on the back foot before a wheel was even turned in anger by changing their whole 2020 car approach prior to the delayed season-opener, and although Charles Leclerc has salvaged two podiums, they have come in very unlikely circumstances. One was in that crazy first race in Austria, and another was down to superb tyre management at Silverstone as others crumbled.

Apart from those races, Ferrari have been very much a midfield runner - and in Belgium slipped to the very back of the chasing pack. Mercedes' main challenger in the past three seasons were the eighth-fastest team at a Spa circuit which highlighted their car's obvious shortcomings, with 13th and 14th for Sebastian Vettel and Leclerc representing their worst finishing race results since 2010.

It says a lot that after seven rounds, the sport's most successful outfit are rather fortunate to be just seven points off third place in the standings.

Why have Ferrari been so slow?

Ferrari's main issue is that they've lost a huge amount of straight-line speed. Why's that? Well, their current woes can be traced back to the end of 2019 - a season in which they were by far the fastest team on the straights.

Lewis Hamilton famously described Ferrari's engine as having a "jet mode" given their advantage - particularly in qualifying - over Mercedes and Red Bull, who both wondered how they had stolen such a march. The FIA regularly performed checks on the Ferrari engine and were happy with its legality, although a rules clarification - following questions from Red Bull and relating to fuel flow - came at October's United States GP.

A matter of hours later, Ferrari's run of six consecutive poles was over. And though the team are adamant the rules change didn't affect them, they haven't been fastest in qualifying since. 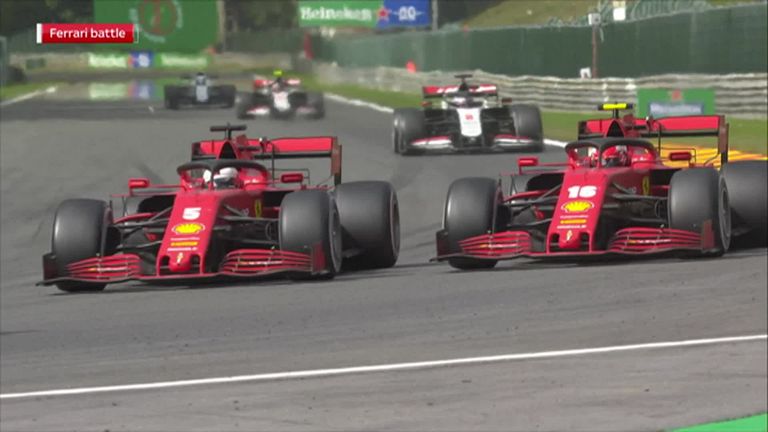 There have been a number of other engine rule changes for 2020 that appear to have affected the Scuderia more than others, and the team now clearly have the worst power unit in F1 - as evidenced by Leclerc, on pole in Belgium 2019 but 13th in 2020, being 10km/h slower through the speed trap in qualifying this year. What's more, Ferrari were the only team not to improve on their 2019 lap time around Spa.

The setback on the track has come amid following controversy off it. A private settlement was reached between the FIA and Ferrari over its engine earlier this year - which was hardly welcomed by rival teams and heightened suspicion. Ferrari, although refusing to disclose any details, staunchly maintain their innocence.

Their lack of pace, however, is clear for everyone to see.

So their poor form is just because of their engine?

The fact Ferrari-powered customer teams Alfa Romeo and Haas are also struggling proves the massive drop in engine performance, although that doesn't explain why both Vettel and Leclerc were beaten by Kimi Raikkonen, in what has been a back-running Alfa, in Belgium last weekend.

Team boss Mattia Binotto says Ferrari are lacking speed as well as "aerodynamic efficiency", which is perhaps because they were developing their car around a completely different, and much faster, engine before 2020.

But the comparative 2019 and 2020 qualifying results show that straight-line speed is their biggest issue.

Ferrari's fastest time in Austria was 0.9s slower this year compared to 2019, while they were 0.3s slower at Silverstone, 0.8s slower in Spain and 0.4s slower in Belgium. The only circuit Ferrari have improved their time on was Budapest (0.3s quicker than 2019, while the team also debuted their new 2020 package for a whole race distance for the first time) - and the Hungaroring is twistier circuit which doesn't require as much engine power.

Can Ferrari bounce back?

Formula 1 is a cyclical sport, and Ferrari - even after their darkest days - have always found a way to get back on top. But even the most optimistic of team bosses or ardent of fans would admit that this turnaround could take years.

Company president John Elkann said earlier this summer that the team aren't likely to be challenging for wins until the next major rules overhaul in 2022, which Ferrari may be turning their attention to sooner rather than later. Binotto, meanwhile, has stated that the title project will require "patience" and could take "many years". 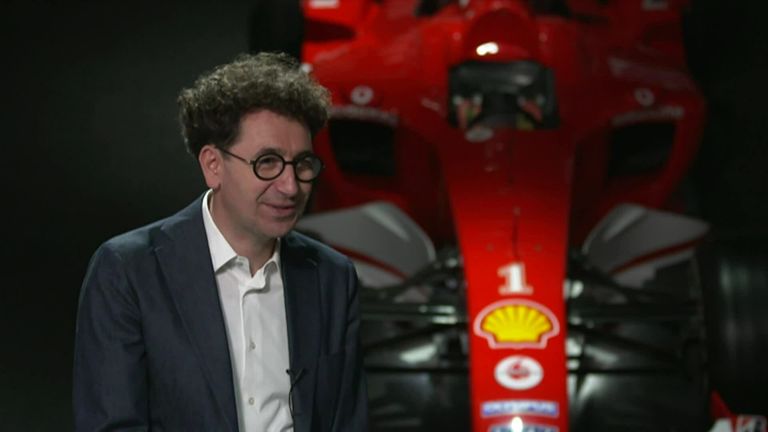 While Binotto's job is safe for now, Ferrari have made changes to the technical staff in a bid to fast-track improvements, but their hopes of making a huge leap in performance in 2020 - and arguably 2021 - are meagre due to the development freeze on the current cars, agreed as part of a new drive to cut costs in F1.

So, what are their prospects for the rest of the season?

Most, if not all of the races remaining on the 2020 calendar take place on circuits where engine power is crucial - starting with Ferrari's home race, the Italian GP, this weekend on Sky Sports F1.

Leclerc was on pole and took a famous victory at Monza, the fastest track on the calendar, last year, but the team go into the 2020 race with similar prospects to Spa. If their track exploits are repeated, perhaps it's a saving grace for the team that the Tifosi and the raucous home crowd will not be in attendance.

Ferrari can take a small bit of confidence from 2020 from the fact they were able to compete - and score a podium - at the high-speed Silverstone by taking a huge amount of downforce off their car to match others on the straights, and Vettel says the team have a "specific aero package" for Monza.

Currently seven points off McLaren in third but only two points ahead of the improving Renault in sixth, that 'best of the rest' battle is what Ferrari must focus on for the rest of the season - as well as preparing for the future.

Vettel insisted he wanted to stay at Ferrari when his 2021 departure was confirmed back in May, but given their pace this season perhaps the four-time world champion will take his exit as a blessing.

Leading the team forward will be Leclerc and Carlos Sainz, the McLaren driver who admits Ferrari must take a "very, very big step" ahead of his first season next year.

Binotto told Sky F1's Rachel Brookes prior to the Belgian GP that the team will need help from their drivers to recover.

"Charles has already got a flat here around Maranello, and Carlos is looking for one," said the team principal. "They are both young, both willing to develop themselves and contribute to the development of the team.

"Charles is becoming a leader, not just in the car but out of it. I think that's an important element. Being a leader is not just being fast on the track, but helping the team to become stronger."