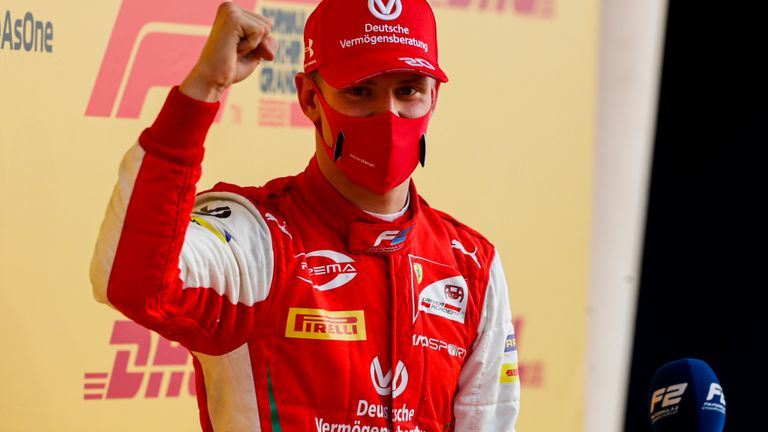 Mick Schumacher has been crowned the 2020 Formula 2 champion after hanging on from Callum Ilott despite failing to score points in a dramatic final race of the season in Bahrain.

The title in Formula 1's official feeder series gives Schumacher, the son of F1 legend Michael, the ideal boost before joining the grid with Haas next season, with the German following in the footsteps of recent F2 champions Charles Leclerc and George Russell by making an immediate step up.

Schumacher, only needing to finish sixth in Sunday's reverse-grid Sprint Race around the shortened Sakhir circuit, had a scruffy afternoon down in 18th for Prema - however, his blushes were spared as title rival Ilott also finished point-less.

Ilott, who was 14 points behind Schumacher heading into the finale and therefore had to finish at least second, was running up in third in the closing laps but then dropped back to 11th.

Jehan Daruvala led a Carlin one-two ahead of Yuki Tsonda to win the final Sakhir GP race, ahead of Dan Ticktum.

"To be honest, I'm a bit overwhelmed, I don't yet feel like a champion," said Schumacher. "It will take a few days I think.

"The guys who I have been driving against this year are absolutely amazing and are on a high level of driving and have been very respectful.

"Callum gave me a run for my money, it's been a really tough year. So a big thank you to him as well."

Schumacher becomes the fourth F2 champion, after Leclerc, Russell and Nyck De Vries, although Lewis Hamilton and Nico Rosberg are two of many high-profile winners of the series' previous iteration, GP2.

Schumacher claimed only two wins this season and no pole positions, but was consistent - particularly in races - throughout the year to claim the championship in his second F2 campaign. 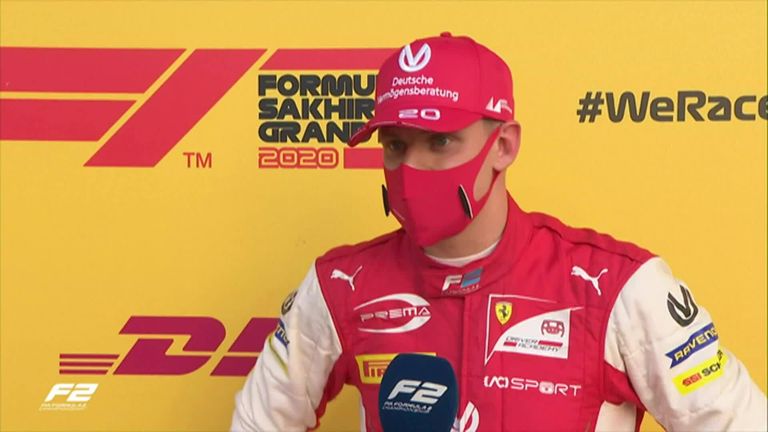 It is the 21-year-old's second major title of his junior career, having sealed the Formula 3 European Championship in 2018.

He was confirmed as one of Haas' two rookies for the 2021 F1 season last week, and will partner fellow F2 driver Nikita Mazepin for the American team.

Ferrari, where Michael Schumacher won five of his seven championships and whose driver academy Mick is a member of, hope the youngster will show enough progress at Haas to eventually earn a seat with the Scuderia.