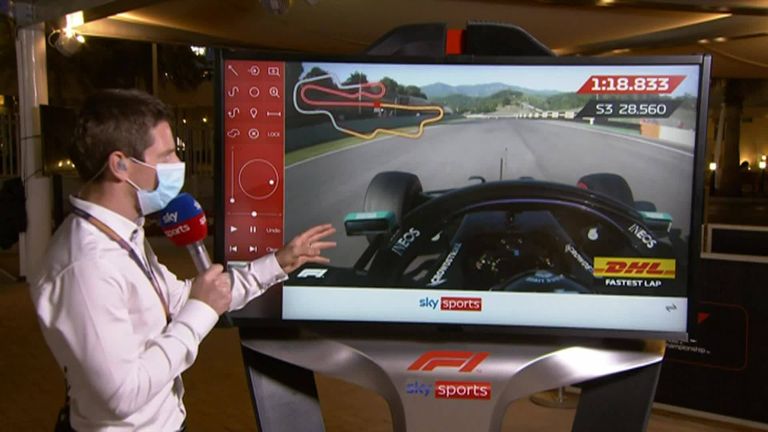 For the second year in a row and record-extending fifth time in total, Hamilton claimed the DHL Fastest Lap Award for recording the most-fastest race laps by a driver this season.

One of Hamilton's fastest laps came during his victory at the Tuscan GP at Mugello in September, which Sky F1's Anthony Davidson analyses in detail in the video at the top of the page.

The fastest pit crew in an incredible 15 rounds, Red Bull twice recorded season-best services of 1.86s at the Russian and Portuguese GP.

Red Bull sporting director Jonathan Wheatley collected the trophy on the team's behalf for their third win in succession in the competition.

At the end of a season which has produced the fastest cars in F1's history, Arjan Sissing, head of global brand management at Deutsche Post DHL Group, said: "The new records show that the drivers and teams have coped well with the many changes in the race schedule and with the infection prevention measures that are in place.

"The race logistics have also worked really well in a difficult environment because in this pandemic year of 2020 we have had to plan international races within just a few weeks.

"Our experience has enabled us to offer safe, fast and reliable logistics in Formula 1 even under extraordinary conditions." 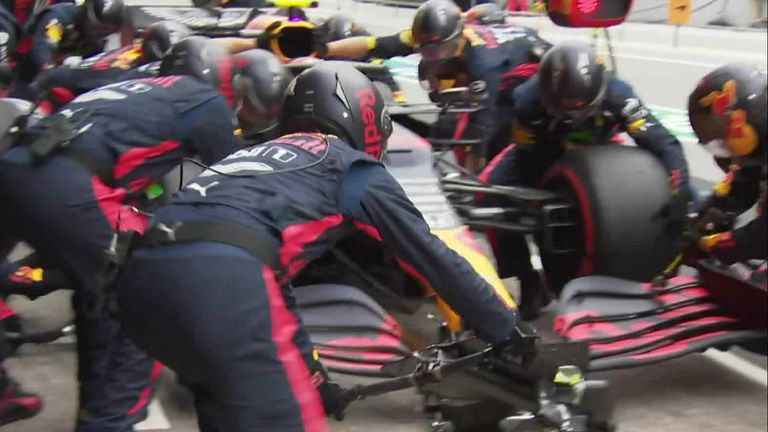