FIA publishes findings and recommendations after investigation into the causes and consequences of Romain Grosjean's horrific Bahrain GP accident last November; Grosjean suffered 67G impact and spent 27 seconds in the blaze before escape

Formula 1's governing body has revealed the cause of the fire from which Romain Grosjean miraculously escaped following his crash in Bahrain last year.

The FIA published its findings after concluding its in-depth investigation into the incident from the opening lap of last November's Bahrain GP. Grosjean, whose car was split in two and caught fire after it pierced the barriers, escaped with burns to his hands after spending 27 seconds in the car after impact.

Investigations found that Grosjean's car struck the triple-guardrail barrier at 192kph (119mph) with a peak impact of 67G. The report also detailed how the heavily-damaged Haas car caught fire. 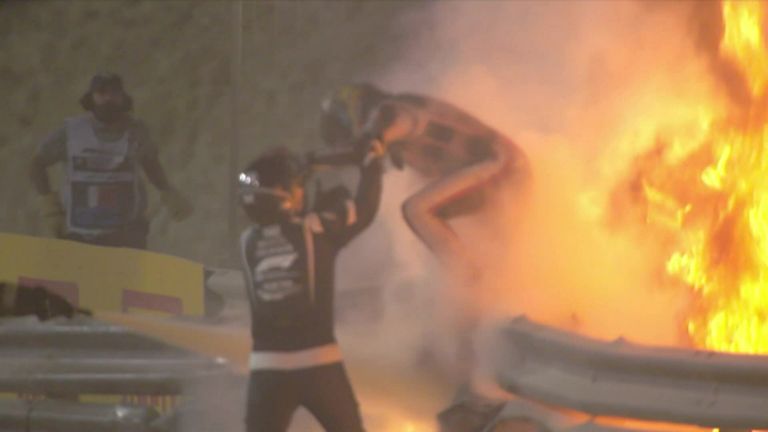 "The car suffered extensive damage during the impact including separation of the power train assembly from the survival cell," read the report.

"The fuel tank inspection hatch on the left-hand side of the chassis was dislodged and the engine fuel supply connection was torn from the fuel tank 'safety bladder'; both providing primary paths for the escape of fuel from the tank."

Drivers' safety equipment including "crash helmet, HANS and safety harness as well as the survival cell, seat, headrest and Halo" were found to have performed as expected to protect Grosjean.

"Due to damage to the survival cell and a number of components within the cockpit environment, Romain Grosjean's left foot was initially trapped as the car came to rest," read the report.

"The driver was able to free his foot by withdrawing it from his racing boot leaving the boot in the entrapped position in the car and then moved both the dislodged headrest and steering wheel to egress the car."

The investigation, which was launched in the days immediately after the accident, included interviews with those involved, inspection of the physical evidence, analysis of available video material, as well as examination of the data from the car's accident data recorder and driver's ear accelerometers.

"The enduring commitment of the FIA, particularly the Safety Department, on reducing risks associated with motor sport enabled Romain Grosjean to maintain consciousness and survive an accident of this magnitude," added Todt.

"Safety is and will remain FIA's top priority."

Grosjean's crash was one of 19 serious accidents the FIA's safety department investigated during 2020 across different categories of circuit racing. From these cases and subsequent findings, the governing body has identified an extensive list of areas to explore for further safety improvement relating to cars, circuits, driver safety equipment, medical and rescue. 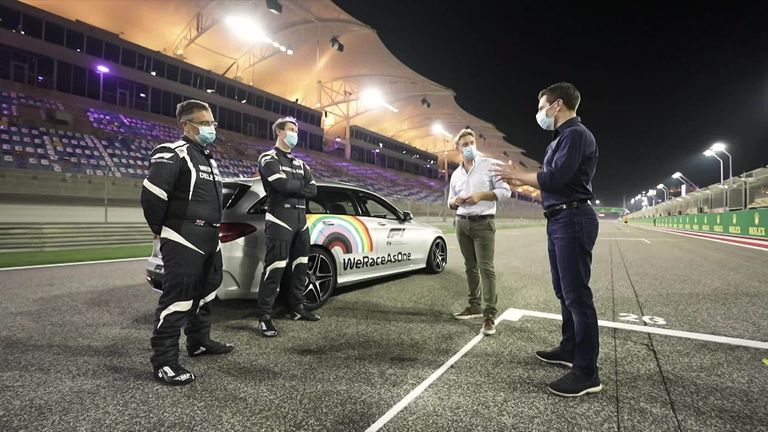 These include investigations into the improvements that can be made to drivers' gloves, reviews of steering column mounting requirements, rearview mirrors and survival cell front geometry.

Grosjean spent three days in Bahrain's Defence Force Hospital for initial treatment to his injuries before being discharged to return to his home in Switzerland.

The 34-year-old, a 10-time podium finisher in F1, missed what were scheduled to be the final two races of his career in the sport with Haas but has since returned to the cockpit in recent weeks with a first IndyCar test as he gears up for a partial season in the American series this year.