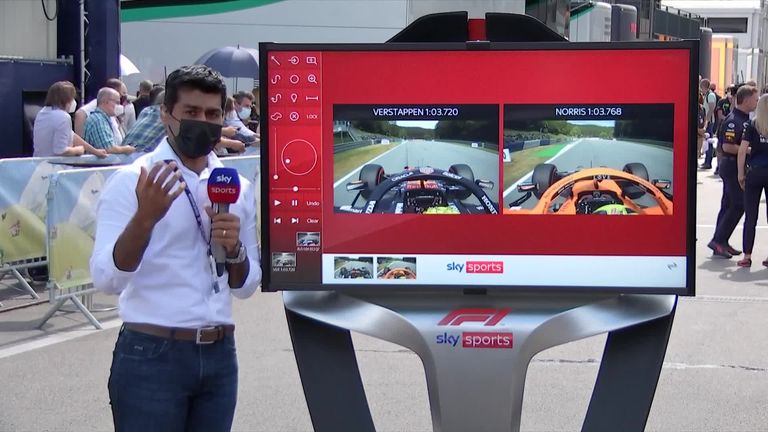 Max Verstappen claimed pole position for the Austrian GP after edging out surprise closest challenger Lando Norris in a thrilling climax to qualifying, with Mercedes forced to settle for fourth and fifth.

Much like last weekend at Red Bull's home track, Verstappen was quickest right through the hour-long session but very nearly lost out on pole on the last lap of Q3 as the in-form McLaren driver Norris came charging.

Picking up a tow from Verstappen, who didn't improve on his lap, Norris eventually missed out on his first F1 pole by just 0.048s - with his incredible performance sealing McLaren's first front row since 2012.

Verstappen was critical of his team for sending him out first at the end of Q3, but his 1:03.720 was just enough for his third consecutive pole.

"It's one of the best laps I've done I think," said Norris, who was third on the grid last week, while Verstappen stated: "I think Q3 was pretty bad. I'm of course happy to be first but not the way we got it."

But a big boost for the championship leader Verstappen is the fact title rival Lewis Hamilton only managed fourth place in the lead Mercedes, three tenths off the pace, with Valtteri Bottas just behind in fifth.

"We continue to lack pace," admitted Hamilton, who came into the session on the back of his new contract announcement. 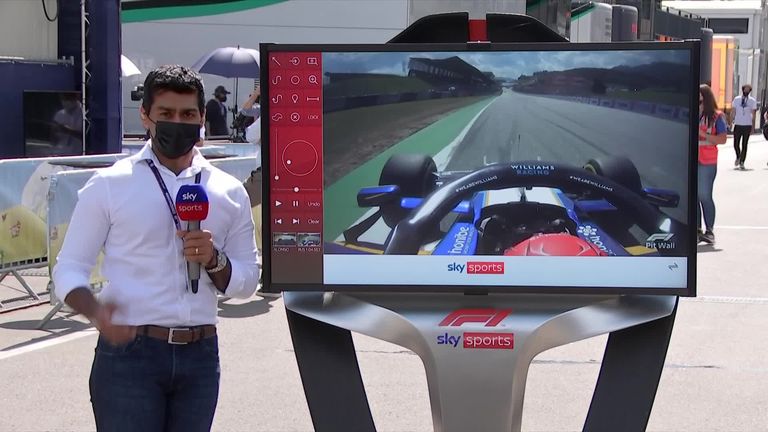 Pierre Gasly and Yuki Tsunoda impressed in sixth and seventh for AlphaTauri, but the star of qualifying - along with Norris - was another young Brit in George Russell.

Russell, who just missed out on Q3 for the Styrian GP, got his Williams through to the final shootout for the first time in his F1 career and 45 Grands Prix, somehow dragging the usually back-running car to ninth place.

Aston Martin progressed both cars through to Q3 although Sebastian Vettel will start 11th in the race after being handed a three-place grid penalty for a block on Fernando Alonso at the last corner in Q2, with Alonso paying the price in 14th.

Daniel Ricciardo was also a disappointing Q2 casualty, along with both Ferraris as the Scuderia opted not to fit a softer tyre with race strategy in mind.

Norris' drive on Saturday was the latest in the long line of remarkable results that have left him fourth in the championship and with the longest points-finishing streak on the grid.

And even the most ardent of McLaren fans would have found it difficult to predict.

That's because while Norris did what his team-mate couldn't and progressed into Q3, his form throughout the weekend suggested he would be fighting in the midfield rather than towards the front.

But following the first laps of Q3, Norris was second - and it was not only a position he wouldn't relinquish, but he very nearly made it one better. 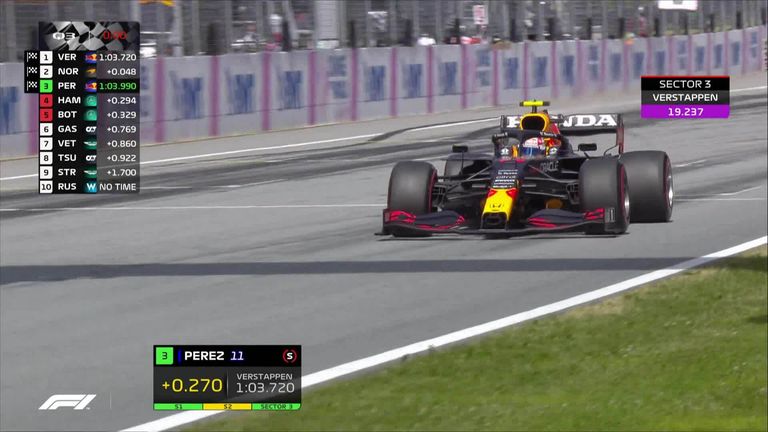 Norris was actually ahead of Verstappen's pole time heading into the final two corners.

Nevertheless, the result was lauded by the paddock.

Hamilton, meanwhile, who drove for McLaren the last time they were on the front row, commented: "I don't know if McLaren have brought an upgrade but they were mega quick today. So great job from Lando."

Crucially for McLaren, their grid position gives them a big advantage over rivals Ferrari.

Norris securing the front-row wasn't just great news for McLaren, as Verstappen should also benefit - providing he can keep ahead of the British driver at the start of the race.

For Hamilton and Mercedes, meanwhile, it's another setback. 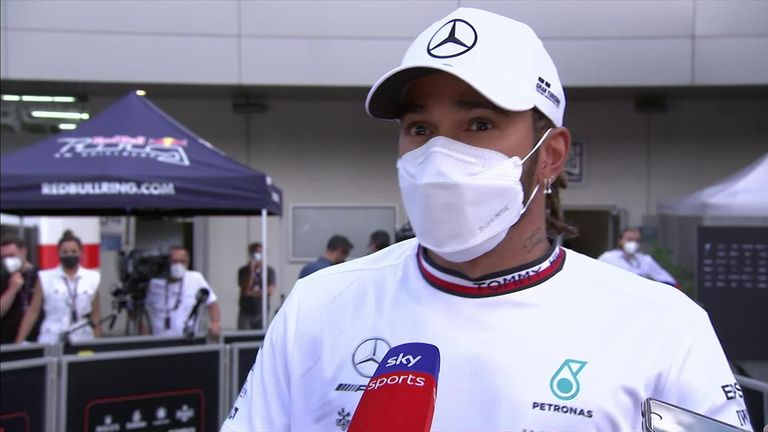 Hamilton has limited the damage to Verstappen in recent races by finishing second behind the consecutive race winner, but that may be difficult to achieve on Sunday with Norris and Perez ahead of him, and Bottas just behind.

"I would say on pure pace [a win] is definitely out of the question," said Hamilton.

"Firstly, I've got two cars to get by in front and they've [Red Bull] got three tenths on us. I would say it's an easy cruise win for Max. I think for us it's to try and at least get ahead of Perez, and try to limit the damage this weekend."

When is Sunday's Austrian GP?

The second race at the Red Bull Ring in the picturesque Styrian hills takes place at 2pm on Sunday, live only on Sky Sports F1 and Main Event. The build-up show starts at 12.30pm.