George Russell on facing Lewis Hamilton and 2022 goals: I want to go up against the best

Speaking last week before his Mercedes move was officially announced, Russell sat down for an exclusive interview with Sky F1's Jenson Button at Dutch GP to discuss his goals for the future 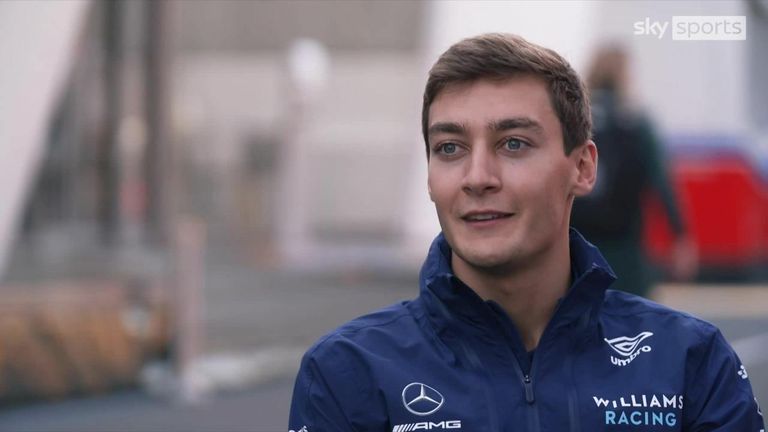 George Russell said any driver would be "naive" to think they would "have it easy" as Lewis Hamilton's team-mate, in an interview just days before his expected move to Mercedes for 2022 was finally confirmed.

Speaking at last week's Dutch GP during an exclusive interview with Sky Sports F1's Jenson Button Russell did speak about the challenges of facing Hamilton.

"I don't think any driver would be naive to think they could go up against a seven-time world champion and have it easy," said Russell, who has effectively been on loan at Williams from Mercedes for the last three seasons.

"Because a guy like Lewis is who he is because of his speed and determination."

"But that's every driver's dream - and I've said that for the last three years that it would be my dream to be team-mates with Lewis, because I want to learn from the best and I want to go up against the best.

"Let's see what next year brings."

Amid a sparkling run of form in 2021, capped off by a Belgian GP front-row and maiden F1 podium, Russell has earned praise from across the paddock - including from Hamilton and his title rival Max Verstappen.

At Zandvoort, Hamilton hailed Russell as an "incredibly talented driver" and "one of the members of the future of the sport", while Verstappen expressed his belief that he will "make it very difficult" for Hamilton at Mercedes.

"These are guys that I respect a huge amount," Russell said. "Lewis is obviously the greatest of all time and Max, everyone knows how fast and talented he is.

"So to hear those comments is always a nice feeling. But equally, these comments don't make you faster on track." 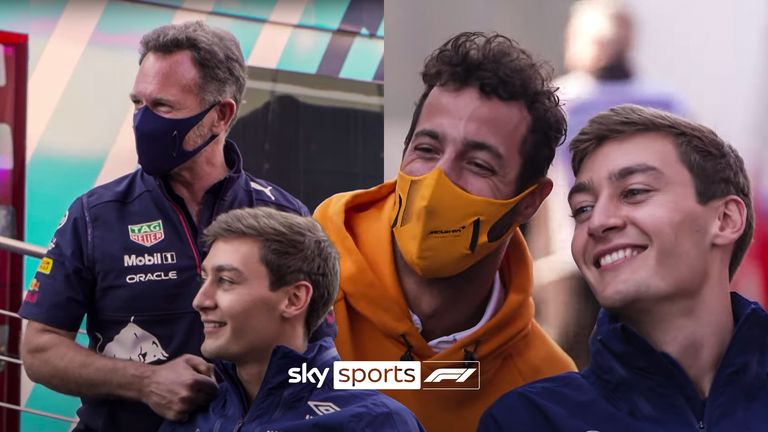 Russell also told Button, when asked when he would take his first F1 victory, that it would be "next year".

Questioned on whether he'd given away his move, Russell replied: "Big regulation change next year! Williams in 2013 finished ninth in the constructors and the following year they were fighting for victories and pole positions...

"Regardless, I think next year is going to be an exciting year for Formula 1. And I'm glad to be here."