Formula 1 in 2022: Teams offer first teases of all-new cars ahead of big season of change

Mercedes, AlphaTauri and Williams all reveal first glimpse of possible 2022 cars as off-season build-up begins; F1, following a dramatic 2021 title fight, is welcoming a new era this year, with big car changes made with aim of improving overtaking and excitement

Formula 1 fans have been offered a tantalising first glimpse into 2022's all-new era, with teams beginning to tease the dramatically different cars that could transform the sport and the competition on track.

Kick-starting the build-up to a season full of rule and car changes, Mercedes, AlphaTauri and Williams have all shared images on social media to give an indication of their new challengers.

Mercedes were first to do so, posting a show car in silhouette.

The image, which followed a video of the world champions firing up the engine on their new W13, keeps the complexities of the car under wraps but also highlights the many changes compared to last year, such as the new rear and front wing design and wheel covers.

Mercedes then followed up their initial post with a teaser of the back of a seemingly silver car with George Russell's racing number on it ahead of the British driver's debut season with the team alongside Lewis Hamilton.

AlphaTauri, meanwhile, revealed a promotional video featuring a cartoon concept car that Pierre Gasly and Yuki Tsunoda will be driving in 2022, again showing just how different the cars will look.

But the most illuminating insight came from Williams, who on Thursday posted their 2021 livery on the 2022 car.

The sleek new design of the 2022 cars was again on show, and while details of car launches before February's pre-season testing have not yet been revealed, the teases certainly whet the appetite for the season.

Why are the cars being changed?
While cars are tweaked most seasons, every once in a while F1 introduces a major rules shake-up to change the cars, and very often, the competitive order.

After the big changes in 2009 and 2014 comes a 2022 refresh, with F1 moving on from an era that has been - Max Verstappen's title win aside - dominated by Mercedes, while also providing fewer overtaking opportunities than hoped due to the weight, speed and downforce of the cars.

The new rules are aimed at improving the show, first and foremost, and F1 is hoping for unpredictability and plenty of excitement.

What are the changes and how will they help?
The 2022 overhaul is arguably the most radical in F1's long history.

The biggest changes come in the shape of throwback 18-inch wheels and a complete rethink of aerodynamics. Gone is the very technical old front wing, with a more simplified, yet modern, front wing now apparent. The rear wing is also notable for its sleek look, while there are now also underfloor tunnels.

Those are just a few of the changes which have been worked on for many years, with the end goal of getting rid of disruptive airflow, making it easier for cars to follow each other, and thus easier to overtake. 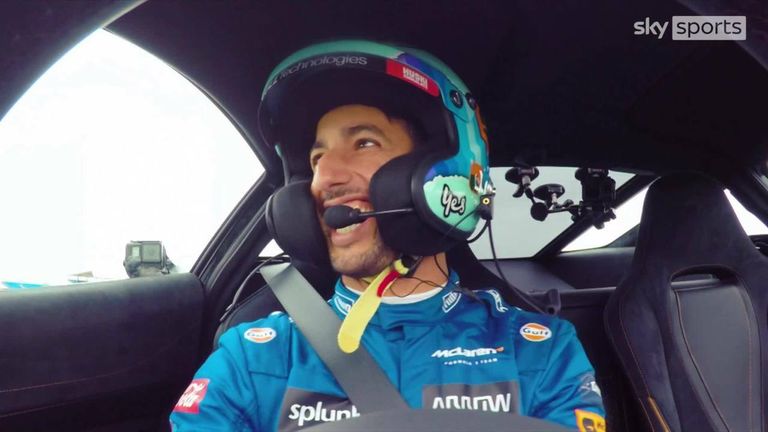 Who will the changes favour?
Rule changes are always exciting for F1 teams as they essentially reset the pecking order and give them a blank slate to redesign a competitive car.

That being said, Mercedes and Red Bull will still start the season as the teams to beat due to their talent and resource, although look out for teams like Ferrari - the sport's most successful team have been working on their 2022 car for longer than most.

In terms of drivers, the cars will likely be a few seconds slower than last year's due to the loss of downforce, though they should all relish the renewed on-track battles and overtaking opportunities.

When will the cars be revealed?
No car launch dates have been revealed yet but most of the reveals are usually in the week before the first pre-season test, which this year takes place on February 23-25 in Barcelona.

The second pre-season test is in Bahrain on March 11-13 before the season-opening Bahrain GP on March 20.