Zhou Guanyu was flipped upside down and over the barriers at the start of the British GP while in the F2 support race, Dennis Hauger's car landed on top of Roy Nissany's; "We sometimes criticise the FIA but you need to give it to them," said Silverstone F1 winner Carlos Sainz

There were two harrowing crashes on Sunday at the British GP.

At the start of the F1 showpiece, Zhou's Alfa Romeo was flipped upside down at 160mph at the first bend before skidding across the gravel and over the tyre barrier, into the catch fencing. Incredibly, all drivers involved were uninjured, but both the incidents could have killed drivers without the halo, which sits on top of the cockpits and was first brought onto cars - to much criticism over aesthetics - in 2018.

"We sometimes criticise the FIA [F1's governing body] but you need to give it to them, how much they've been helping us," said Ferrari driver Sainz, the eventual British GP winner. "They've saved probably two lives.

"We need to give it to them, [for] the amazing work in safety."

Zhou's car ended up lodged on its side near spectators but he was conscious throughout the crash before he was stretchered to hospital, where he was given the all-clear. He returned to the paddock later on Sunday.

"When I saw it, I was completely shocked," explained Sainz. "It was incredible. The fact he came out of it... is crazy. I find it incredible that you can come out of it." 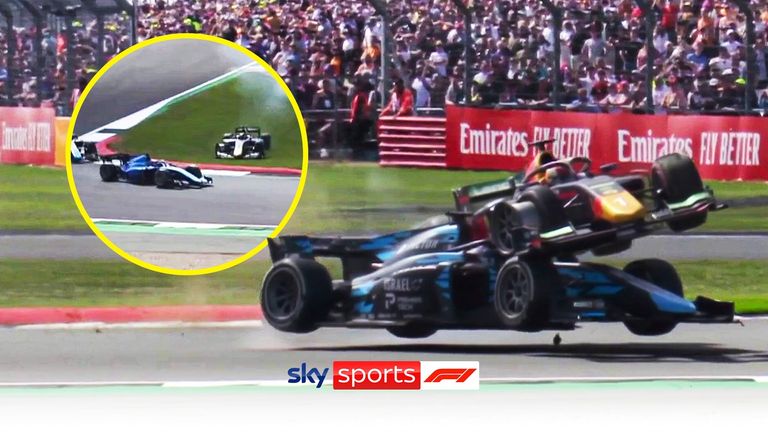 Zhou also posted on social media on Thursday that the halo 'saved me'.

The halo has been credited with saving many other lives, with Lewis Hamilton praising it after his crash with Max Verstappen at the 2021 Italian GP, and Charles Leclerc following the carnage at the start of the Belgian GP in 2018.

Zhou also said he was looking forward to the Austrian GP.

Zhou was hit by George Russell, who in turn was nudged by Pierre Gasly, to prompt his scary crash on Sunday, while Hauger was forced off track by Nissany before launching into the air by a sausage kerb, back on top of him.

Nissany has been handed a five-place grid drop for the next race. 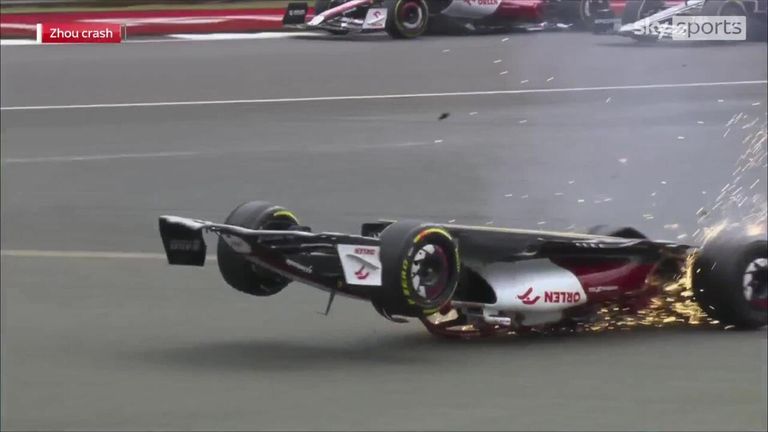 Sergio Perez finished second in the British GP and said he was "shocked" by the Zhou accident, which led to a lengthy red flag before the race restarted with another standing start.

"It's been a while since we saw such an accident like that," said the Mexican. "It's hard to see that and to try and delete it on your mind and focus on what you have to do.

"Well done to FIA because we've come a long way." 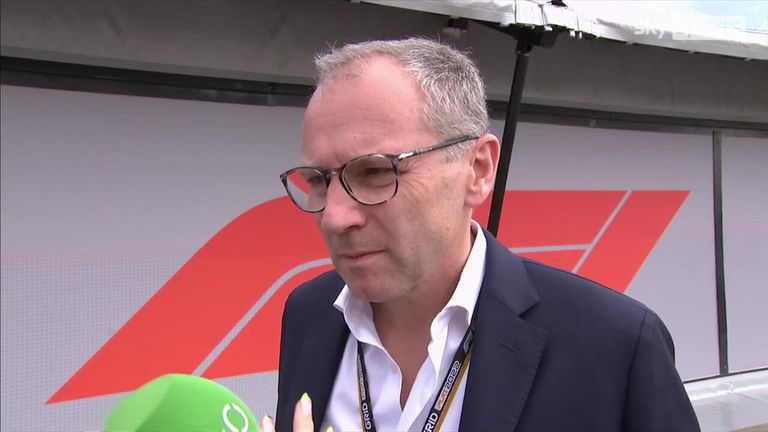 Perez also said it should end speculation over putting a cap on driver salaries.

"We are the ones putting all the risk out there, giving a show," said Perez. "So I don't think it's a good thing to be talking about that moving forwards. The most important thing today is no one got hurt."

Did other parts of Zhou's car not do job? | Does F1 need to change circuit safety?

While F1's halo certainly did its job in the Zhou crash, pictures of the Alfa Romeo car afterwards suggested the roll hoop - which sits just behind and above the cockpit - had not, completely disintegrating.

"There's photos I've seen of the aftermath of the crash where the actual roll hoop seems to be missing," said Sky Sports F1's Anthony Davidson. "That really didn't do its job, if you think about it.

"The roll hoop should be as strong as the halo, staying in tact at all times and protecting the driver's head from impact, and it didn't do it. So they'll be asking questions of that."

Davidson also questioned the gap between the tyre barriers and the catch fencing, where Zhou was stuck in his car afterwards.

"I haven't spoken to anyone from the FIA yet but I will when I get a chance yet and ask about what I guess is an access path for the marshalls" he said. "Why is that size? There must be protocols in place for a Grade 1 FIA circuit. Why does it exist, why is it the way it is? I'm sure they have the reasons.

"Unfortunately the car could actually slot into that gap. It certainly looked more scary than it really was.

"As soon as I saw the car upside down, going through the gravel trap and started to barrel roll over the tyre barrier, I knew he was going to be OK because I've seen many crashes like that.

"It looks really scary, it's horrific to watch, but the energy dissipates that way. The more scary crashes are when the car goes straight in and doesn't bounce, that's when it really hurts for a driver."