Ferrari dominated Friday practice in France, while the best Mercedes could manage was fourth, 0.7s off the pace; "The car is not spectacular here," says Lewis Hamilton, who has victory hopes; watch French GP qualifying at 3pm on Saturday, live on Sky Sports F1 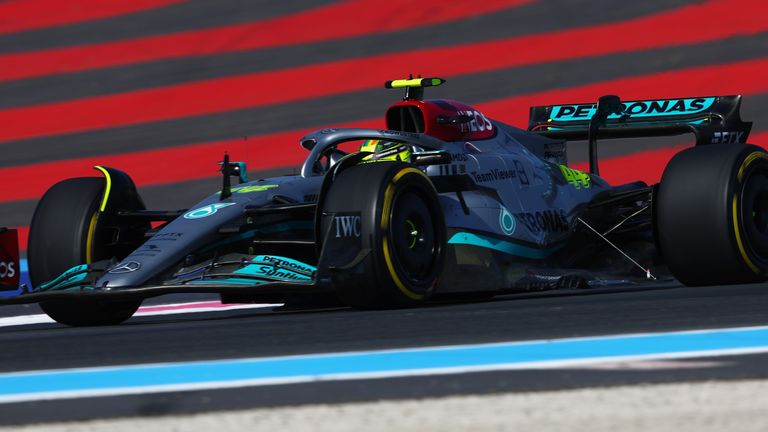 Lewis Hamilton and George Russell have admitted Mercedes' start to the French GP weekend has not lived up to expectations, with Ferrari and Red Bull's pace putting a dampener on their victory hopes.

Mercedes were lauded as potential challengers heading into Le Castellet - and Hamilton welcomed that excitement on Thursday as he talked up fighting for a first win of the season - but F1's reigning constructors' world champions were well adrift of their rivals in both Friday practice sessions.

Despite car upgrades, Russell placed fourth in both P1 and P2 - 0.9s and 0.7s off the frontrunning Ferrari - while Hamilton was the best part of a second adrift in his sole session after stepping aside for reserve Nyck de Vries earlier.

"We're a little bit further behind than we anticipated this weekend," said Hamilton ahead of his 300th F1 race start.

"We have a lot of work to do, a lot of ground to cover still. The car is not spectacular here, I don't know why but overnight we usually make a bit of a step so I'm hoping that's the case tomorrow."

Mercedes, who had Red Bull for company in being slower than anticipated compared to a rapid Ferrari, were expected to make the most of upgrades and a smooth, flowing Paul Ricard circuit. 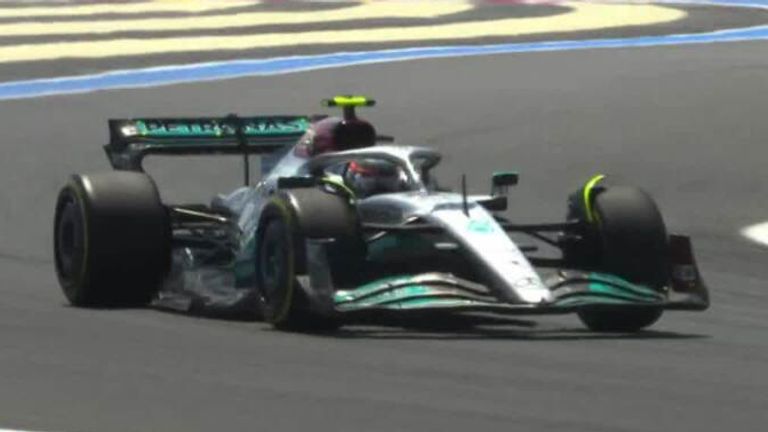 But Hamilton said the W13 car was losing time "everywhere, every corner".

Russell, who is ahead of Hamilton in the championship, added: "A lot to go over.

"I think our high fuel pace was better than our low fuel pace so we need to make sure we optimise tomorrow to make sure there's no midfield cars between us and the front four.

"I think the Ferraris are probably stronger than us and Max was fast as usual, so work to do."

Russell said he noticed improvements from the upgrades but admitted "our rivals are also finding time". When asked about Mercedes' win chances this weekend, he responded: "Outside shot is probably the way to put it!

"We're probably a little bit further off the pace today than we would have hoped. Work to do tonight back at the factories, but never say never." 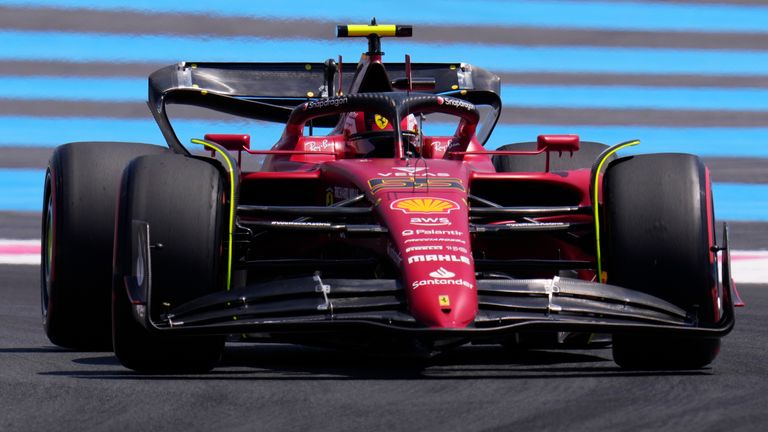 Hamilton and Russell's comments follow Toto Wolff's after the first session, when the Mercedes team boss sung a similar tune.

"Not where we want to be," Wolff told Sky Sports F1. "We're trying lots of parts but we're just lacking pace right now in

"It's just early days but the performance in FP1 was a bit underwhelming."

Watch a crucial qualifying day live on Sky Sports F1 on Saturday. Final practice is at 12pm, before qualifying at 3pm.

Ferrari happy with Friday but cautious of Red Bull

The big story of Friday's opening day of practice was Ferrari's strong start. The Scuderia, having found momentum with back-to-back wins, topped both sessions, with Charles Leclerc just ahead of Max Verstappen in P1 before Carlos Sainz upped that gap to half a second in the early evening.

But are Red Bull, who have been so closely matched with Ferrari all season and are leading both championships, sandbagging? 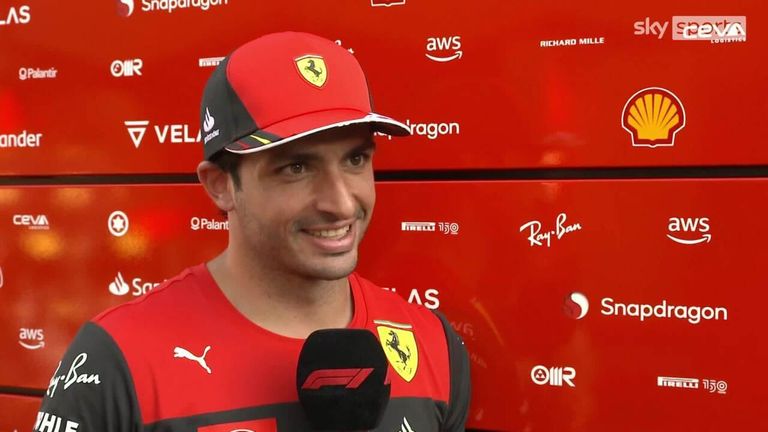 "It was a good Friday," said Leclerc. "We still have to work a little bit on the car tomorrow. It's very difficult to understand because it feels like Red Bull is doing something different to us on Friday. Focusing on ourselves, the feeling is good."

He added: "Max seems to be particularly fast on the high fuel."

The only negative on a great day for Ferrari was Sainz's grid penalty for Sunday's race being confirmed; the Spaniard is taking new engine elements after his failure in Austria, with a 10-place penalty almost certainly going to become a back-of-the-grid start as the weekend progresses. 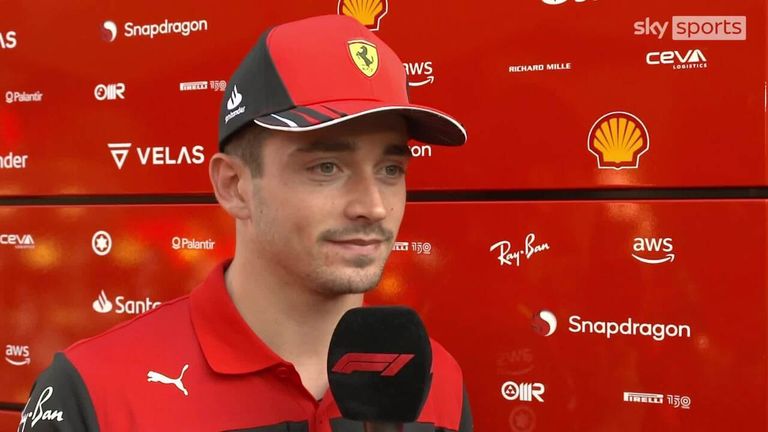 "It was definitely a positive Friday," said Sainz. "I didn't do many laps on the low fuel but every one I did was super competitive.

"I'm focusing more on the long run because I'm not going to be fighting for pole position given the amount of penalties."