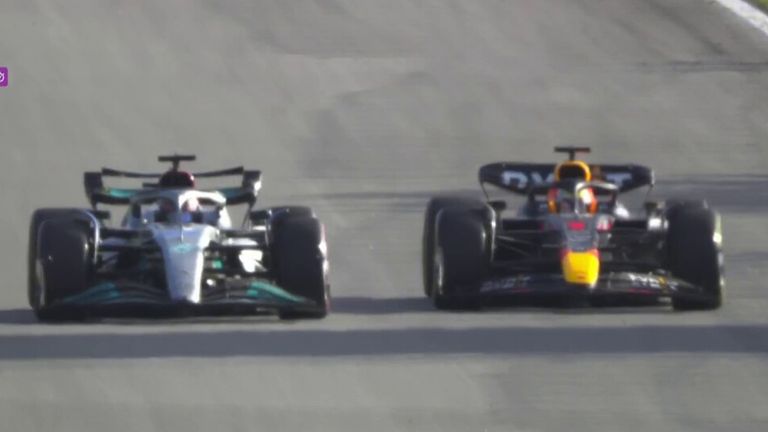 George Russell triumphed in a thrilling Sprint to lead a Mercedes front-row lockout for Sunday's Sao Paulo Grand Prix, as world champion Max Verstappen struggled to fourth after a collision with Carlos Sainz.

Verstappen took the lead from shock pole-sitter Kevin Magnussen in the early stages as the Haas rapidly fell backwards, but Russell, who started third for Mercedes, had too much pace for the Red Bull and forced his way into the lead on lap 15 before easing to the first victory of his career.

Verstappen, who was one of only two cars not to start the race on soft tyres, then suffered damage as he was passed by Carlos Sainz for second, which allowed Lewis Hamilton to ease past the Dutchman a lap later to take third.

With Sainz facing a five-place grid penalty for taking a new engine this weekend, Mercedes locked out the front row for Sunday's race, providing the team with a huge opportunity to claim a first victory of the season. 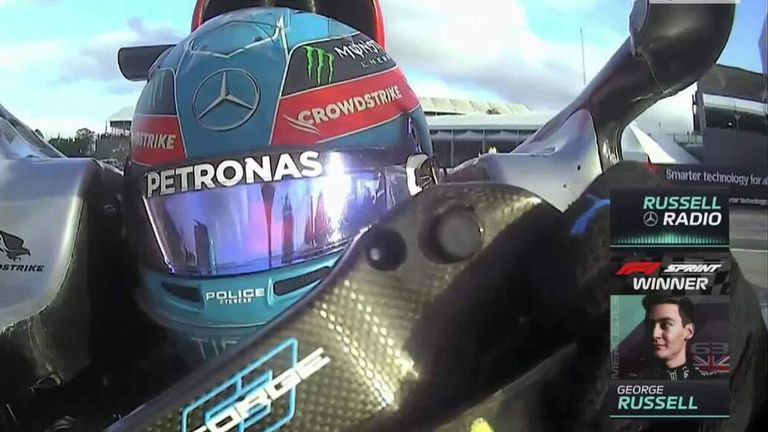 Hamilton had to wait to have his place on the front row confirmed, with the seven-time world champion belatedly cleared of any wrongdoing following an investigation for an infringement on the grid at the start, which related to his position in his grid box.

Sergio Perez came home behind his Red Bull-team Verstappen in fifth, with his rival for second in the drivers' championship Charles Leclerc a place further back in sixth.

Lando Norris, who started fourth, overcame his struggles with illness to finish seventh, while pole-sitter Magnussen took the final point on offer in eighth. 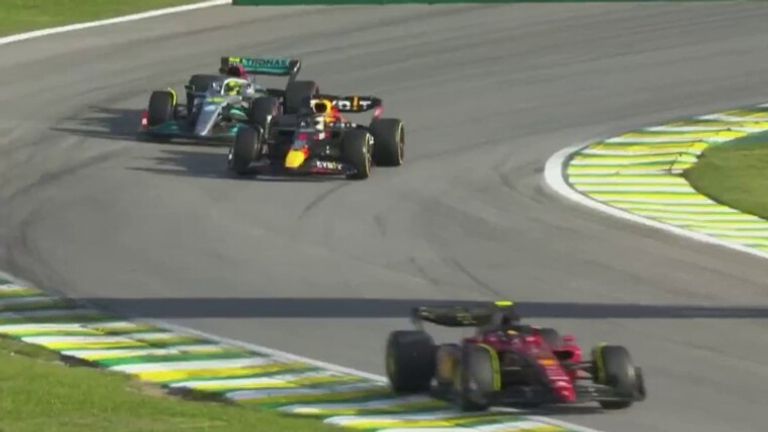 Russell takes eight points for winning the 24-lap race, with the reward for the top eight descending by a point per position.

When Formula 1 introduced sprint races last season, Saturday's stunning spectacle in Brazil was exactly what the sport's governing body had in mind.

All-action for each of its 24 laps, the brilliant contest reiterated the importance of giving Sprint races to host circuits where overtaking is possible.

The race was aided by a wet qualifying on Friday, which saw Magnussen take a shock pole for Haas and Hamilton, Perez and Leclerc starting from the midfield. 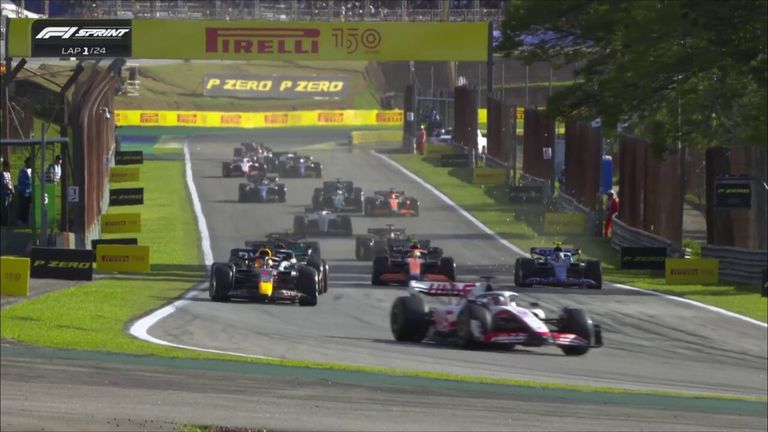 There was cause for intrigue before the race had started, as it was revealed Verstappen along with Williams' Nicholas Latifi, were the only drivers not starting on soft tyres.

Red Bull would explain after the Sprint that the decision was made to preserve two sets of fresh soft tyres for Sunday, but the call undoubtedly backfired in the short term.

Verstappen came under immediate pressure from Russell at the start, and while he was able to hold off the Mercedes before getting past Magnussen, the Dutchman was unable to get out of DRS range.

Russell continued to apply pressure and twice came close to passing Verstappen before eventually making the move stick at the third attempt. 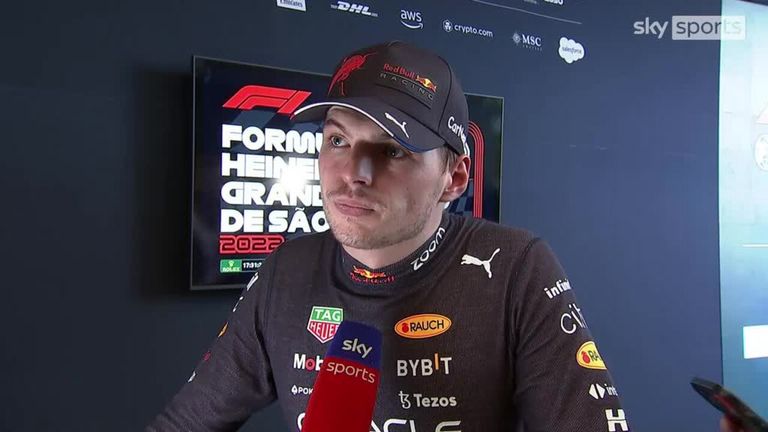 While the Mercedes comfortably eased into the distance, Verstappen fell into the clutches of Sainz, who was being chased by Hamilton, with it unclear whether the world champion was losing additional speed as a result of running over some debris on track.

Verstappen, who had earlier in the week described Sprints as "not fun" due to a lack of risk-taking and action, gamely attempted to hold off Sainz but was passed into the first corner by the Spaniard, before the pair made contact as they exited.

With his front wing appearing to suffer damage, Verstappen saw 2021 rival Hamilton ease past him on the next lap, and may have lost a further place had it not been the friendly face of Red Bull team-mate Perez behind him.

While the action at the front was thrilling, there was plenty more going on behind, most notably a pair of skirmishes between team-mates.

It was Alpine duo Esteban Ocon and Fernando Alonso, who started sixth and seventh respectively, who clashed on the opening lap.

Ocon forced Alonso wide as the Spaniard tried to pass him at Turn 4, with the Spaniard only just managing to keep control of his car as he drove over the kerb. 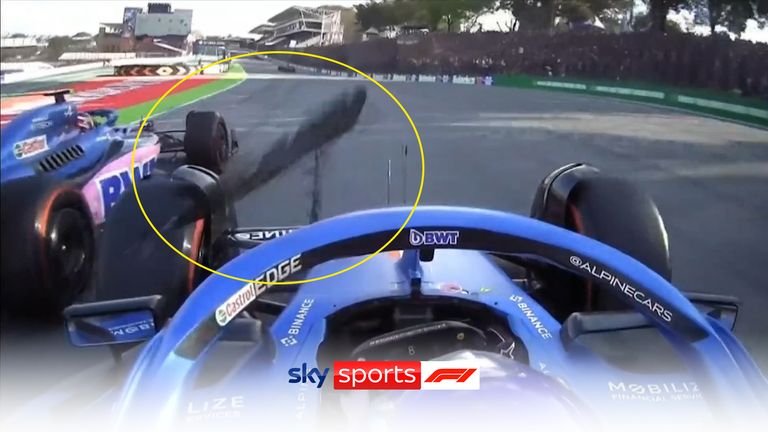 They would then make contact at the end of the lap as Alonso again attempted to overtake Ocon on the home straight, which left both cars damaged, and ultimately condemned them to finishing 15th and 18th respectively.

Alonso, who is leaving Alpine for Aston Martin at the end of the season, expressed his displeasure with his team-mate after the race, but it was the Spaniard who was given a five-second time penalty for the second incident, which relegated him below Ocon to 18th.

Asked whether he had talked to Ocon after the Sprint, Alonso said: "No, not really."

"I don't need to. It's one more race and then it's over finally." 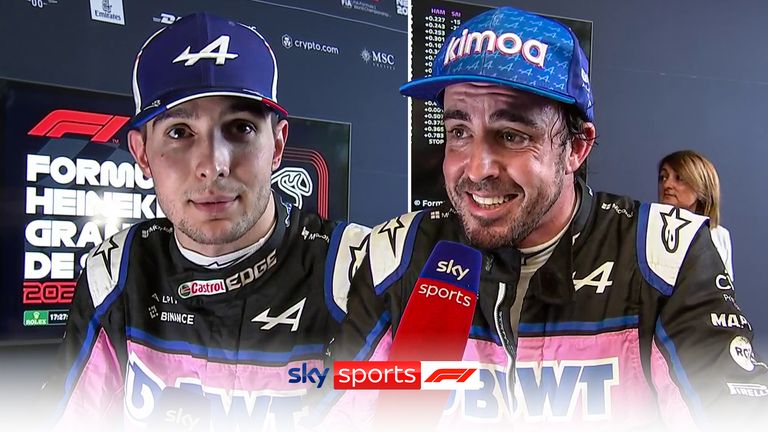 There is no guarantee of greener pastures next year for Alonso though, with his future team-mate Lance Stroll given a 10-second penalty for forcing the other Aston Martin of Sebastian Vettel off track as the German attempted an overtake.

Vettel, who is retiring at the end of the season, clearly had too much pace for Stroll and passed soon after, before going on to finish just two seconds back from Magnussen in the final points position.

Vettel was more diplomatic than Alonso after the race, saying it was a "fine line" when you are "fighting for your spot" in the sport. 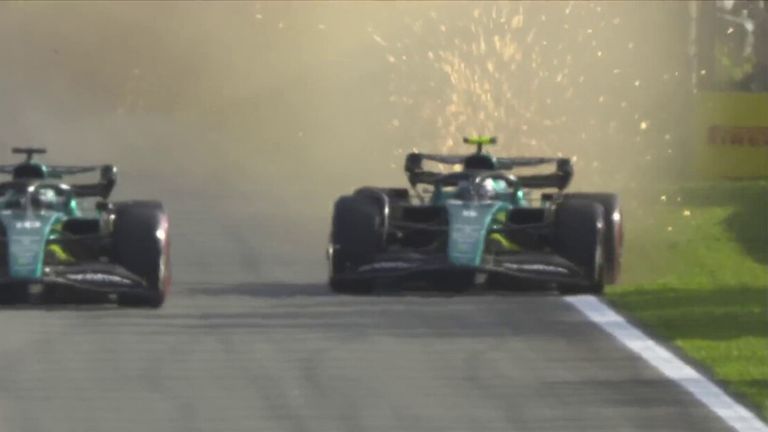 There was further drama after the Sprint as Pierre Gasly faced the threat of a one-race ban, as he was investigated by the stewards for driving unnecessarily slowly during his reconnaissance laps before the race.

The Frenchman is just two penalty points away from incurring a one-race ban, and could have incurred a penalty that would have seen him breach the 12-point limit.

However, the stewards announced after the race Gasly would only receive a warning for the incident.

Gasly had earlier this week questioned whether the offences he has committed to amass his 10 penalty points in the last year merited a punishment as serious as a ban.