Mick Schumacher joined Mercedes as reserve driver for the 2023 season after being released by Haas following his first two campaigns in Formula 1; Mercedes team principal Toto Wolff says Schumacher could follow in the footsteps of predecessor Nyck de Vries in leaving for a permanent seat

Mercedes boss Toto Wolff says the team are likely to be open to allowing newly recruited reserve driver Mick Schumacher to leave if an opportunity for a permanent Formula 1 seat arises elsewhere.

Schumacher, the son of seven-time Formula 1 world champion Michael, signed up as Mercedes reserve for the 2023 campaign after being released by Haas following his first two seasons in the sport.

With Mercedes' driver line-up of Lewis Hamilton and George Russell appearing to be set for the next few seasons, the reality is that Schumacher's most likely return to the grid will come away from the team.

Asked about his decision to sign Schumacher, Wolff said: "The most important factor is his personality. He's a well-educated, intelligent and talented young man.

"You can see his junior career track record was very good and I believe that if we can give him a safe environment to further develop, he can be a good racing driver in a permanent seat in the future." 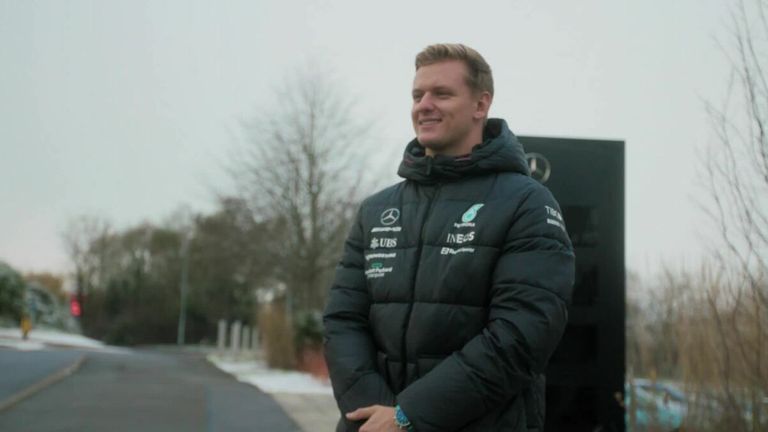 Schumacher has replaced Nyck de Vries in the Mercedes reserve role, with the Dutchman having been signed by AlphaTauri after biding his time with the Silver Arrows.

"In the same way we have let Nyck de Vries go in order for him to achieve a career, that could be something that could happen to Mick," Wolff said.

"Whether it is in our team or letting him go somewhere else, we don't know at this stage."

The possibility of a permanent seat becoming available at Mercedes any time soon appears highly unlikely, with seven-time world champion Hamilton expected to sign a contract extension, and Russell having delivered a highly impressive debut season with the team last year.

The team are looking to bounce back after their eight-year streak of constructors' titles was ended by Red Bull last year, and Wolff is adamant Schumacher can play a crucial role.

He said: "Where he (Schumacher) will massively contribute is that he's driven the new car for a year, has been in F1 for two years, knows the tyres, knows the difficulties in the inherent DNA of the current generation of F1 cars, and he will be super helpful in the simulator and in assessing the car overall.

"It will be good to have him on track and in the debriefing room, and he's a credible young racing driver. From that perspective, we have definitely gained with Mick joining the team."

Mercedes have announced they will officially launch their W14 on February 15, eight days before pre-season testing begins in Bahrain.

The opening Grand Prix of the season is also in Bahrain, taking place from March 3-5.