Mercedes confirm another team member has tested positive for Covid-19, with five more in isolation

Mercedes have confirmed that another member of their team has returned a positive coronavirus test ahead of the Eifel GP, with five others now in isolation.

The Silver Arrows, who have worked in "close collaboration" with the FIA and F1 after a first Covid-19 case was detected on Thursday, say six replacements have travelled from the UK to fill roles for this weekend's race in Germany.

The entire Mercedes team was retested following Thursday's positive result - which resulted in one further positive, and one inconclusive that will be retested.

Those two staff members have been isolated, along with four others who returned negative tests in line with the sport's protocols.

It is understood that the cases do not involve either of the team's race drivers, Lewis Hamilton and Valtteri Bottas, and will not disrupt the running of F1's world champions' race weekend at the Nurburgring.

All team members were negative apart from: one further positive, one inconclusive that is being retested.

We have worked in close collaboration with the FIA and F1 throughout this process and will continue to do so.

On Thursday, Hamilton said the positive case was "definitely a concern" and a coronavirus reminder for the F1 paddock.

"It is [fragile] - not only here but also around the world," Hamilton said "We're entering winter, we've seen cases rising around the world and I know it's very easy to get back into some sort of normality and forget the seriousness of it.

"I think it's important as a sport to raise awareness of how serious it is and how important it is for people to stay safe out there. While the number of deaths I think has reduced, people are still at risk and I think it's only fair for us to keep ourselves safe and those around us safe." 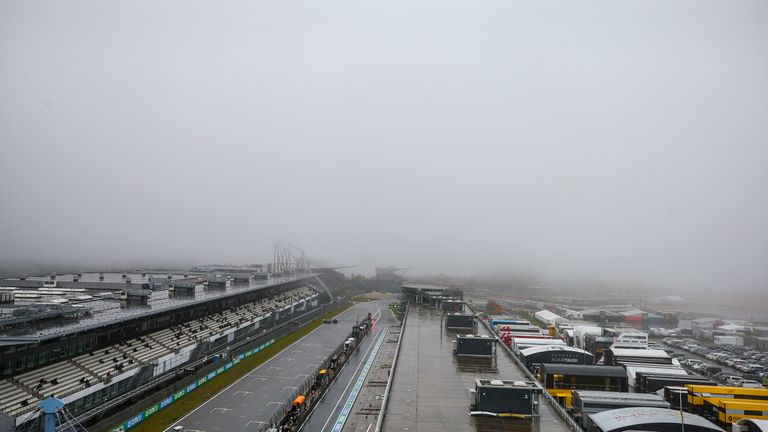 F1 and the FIA have stringent measures in place to combat Covid-19, with thorough isolation and track-and-trace procedures enacted for any positive cases.

In the most recent round of results, issued by the sport last Friday, there was a small rise to 10 positive cases over the previous week from a total of 1,822 tests.

The positive cases were said to be among ancillary personnel and not those involved in teams, with F1 also making clear there was no link to the attendance of fans at the Russian GP.

Racing Point driver Sergio Perez missed the two grands prix at Silverstone in August after returning two positive results, in the only other case thought to directly impact team personnel since the delayed F1 season began in July.