Charles Leclerc is likely to need to use a fourth turbocharger unit of the season, which will see him incur a 10-place grid penalty; Ferrari driver says the team are considering taking the penalty at the Canadian GP; watch first practice from Montreal at 6:30pm on Friday 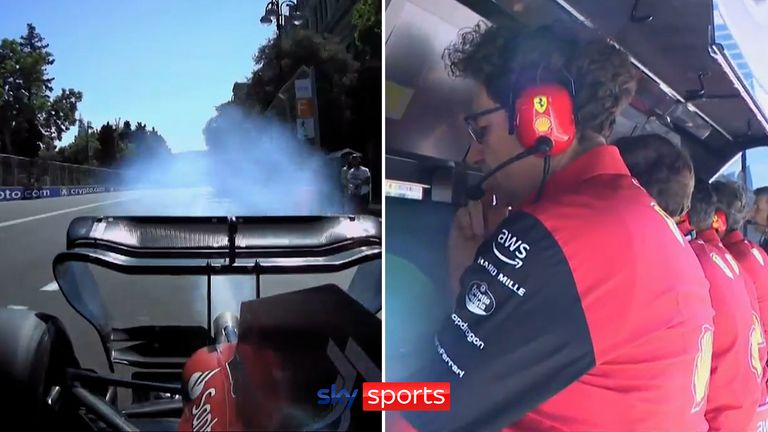 Charles Leclerc says he is considering taking a 10-place grid penalty at this weekend's Canadian GP after Ferrari confirmed his failed power unit from the Azerbaijan GP is "beyond repair".

Leclerc's DNF in Baku last weekend marked the second time in three races that he had retired from the lead following a devastating engine failure in Barcelona last month, and the team confirmed that the two incidents may have been related.

The failure is likely to leave Leclerc needing to use a fourth turbocharger unit of the season, which would see him incur a 10-place grid penalty, striking another blow to his world championship hopes. However, he did not opt to take a new one in Practice 1 on Friday.

"One possible cause of the failure is that it occurred as a consequence of the PU problem in Spain. 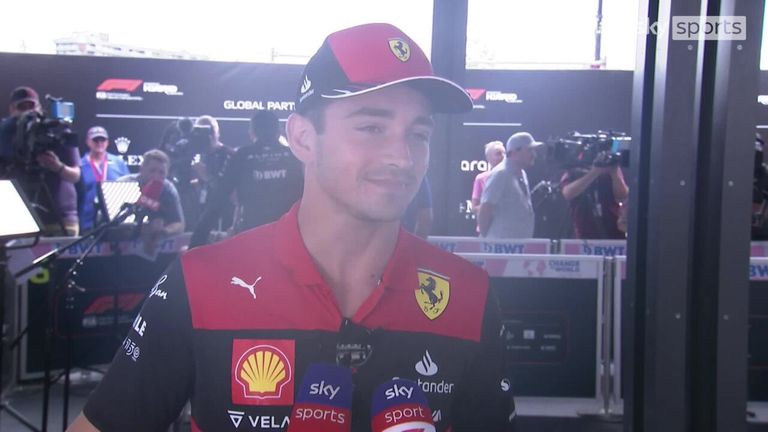 "We are now working on countermeasures to strengthen the package and the situation is under control."

A strong start to the season that saw Leclerc win two of the first three races helped him open up a 46-point lead over Verstappen, but his Sunday struggles since then - despite taking pole at each of the last four races - have enabled the Dutchman to establish a 34-point advantage in their contest.

Speaking at his press conference on Friday shortly after Ferrari's announcement, Leclerc confirmed that the fact Montreal's Circuit Gilles Villeneuve has plenty of overtaking opportunities has led the team to consider taking the penalty for the new unit this weekend.

"Obviously, we are not in the best situation possible," Leclerc said. 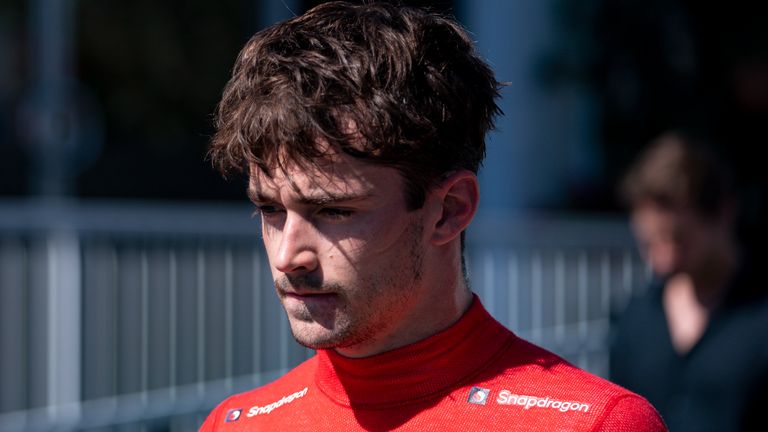 "For the power unit change I think there are still ongoing discussions, we'll try to push (back) as much as possible the decision.

"For now, no decisions are taken. But it's not the best situation for me.

"And this is one of the tracks where it's actually quite easy to overtake.

"But there are also some of the tracks in the next three or four races where it's easier to overtake too.

"We'll discuss and try and take the best decision from there."

One driver who will be taking a penalty, however, is Yuki Tsunoda. The Alpha Tauri driver is using his fourth engine of the season and will therefore start from the back of the grid in Sunday's race.