Red Bull are confident a "very happy" Max Verstappen will sign a new deal despite links to Mercedes and a potential F1 2021 driver merry-go-round.

Verstappen, with eight wins and 31 podiums at the age of 22, has firmly established himself as one F1's most sought-after stars, and is one of many high-profile drivers - including Lewis Hamilton and Sebastian Vettel - who sees his contract with his current team expire at the end of next season.

Hamilton's possible switch to Ferrari has been dominating the driver market chatter so far, but Verstappen has long been a rumoured target of Mercedes, who have claimed all 12 F1 titles since Red Bull's last in 2013.

Red Bull, however, believe they can persuade Verstappen to stay.

"He's very happy in this team, and we love having him within the team," team boss Christian Horner told reporters. "He fits very well here.

"It's down to us to give him a competitive car next year."

Horner also suggested that neither Hamilton nor Verstappen should necessarily look to leave, warning of F1's "crystal ball" as the sport prepares for major rule changes and a possible pecking-order refresh in 2021.

"Ultimately when the music stops, I wouldn't be at all surprised to see everybody in the same seats," he added. 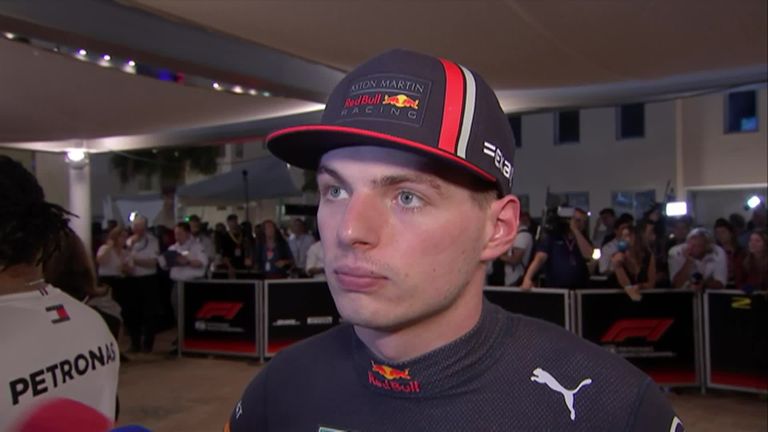 Red Bull have helped develop Verstappen into a superstar since promoting him from Toro Rosso as a teenager in 2016, but the Dutchman has been open about his desire for a title-contending package, something the former world champions have not yet given him.

Horner says Red Bull, armed with an improving Honda engine, are optimistic about a 2020 title challenge as they're "getting closer" to Mercedes.

But Hamilton did little to cool talk of a Verstappen-Mercedes link-up when he recently inferred that he was one of a number of drivers who had been "calling" Mercedes and "asking" for a drive.

Mercedes chief Toto Wolff, meanwhile, insisted the Silver Arrows will not "embark on a fishing mission with potential drivers" until Hamilton's future is sorted.