"It's really the mental attitude of a champion and a champion's drive today," says Nico Rosberg of Max Verstappen's victory in front of an expectant and passionate 70,000 home crowd; Verstappen regains F1 title lead from Lewis Hamilton with seventh win of 2021 season

Sky F1 pundits Nico Rosberg and Jenson Button lauded Max Verstappen for the way he handled the pressure of performing in front of the first home crowd of his career after holding off Lewis Hamilton to win the Dutch GP.

Amid carnival-like scenes across the Zandvoort weekend as the Netherlands staged its first grand prix in 36 years, Verstappen delivered for the fans by claiming pole position on Saturday and then leading from the front on Sunday despite Hamilton and Mercedes throwing everything they could at the 23-year-old Dutchman.

Verstappen held on to win for his seventh victory of the season with his triumph greeted by a huge roar of approval from the 70,000-strong crowd and the setting off of organised fireworks down the pit straight as he took the chequered flag.

His composure throughout the weekend impressed the Sky F1 team.

"You could see it in his celebrations also - it wasn't like the greatest day of his whole life. Yes, 'I got a great win, let's celebrate' but there's always still some measure and that's how he kept his calm through the whole weekend.

"So it's really the mental attitude of a champion and a champion's drive today." 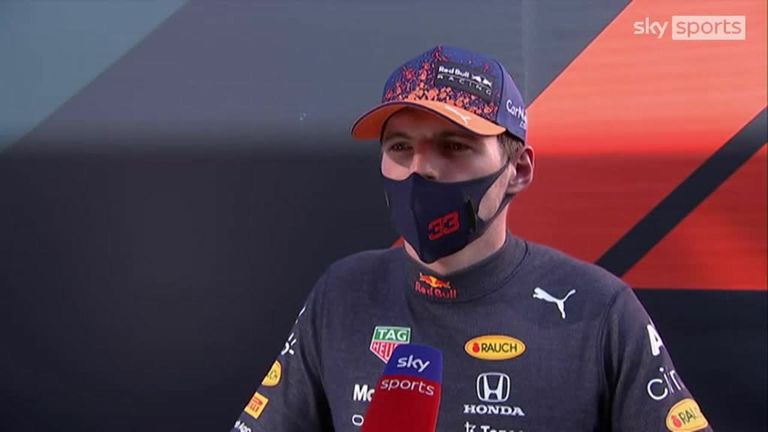 "He's very, very calm in how he goes about his business," said Button.

"Obviously we all have emotions and adrenaline at times and you can be a little bit outspoken, you regret it after.

"But he's been pretty consistent in the way that he has been with victories, and in defeat also. That's when you become stronger, the defeats and the tough days, but he's way beyond his years and I think that comes from having both parents in competitive motorsport."

Asked if he would have struggled to be as composed aged 23 at his home race under such pressure, Button said: "At his age, yes. Definitely. 2003 that was for me - woah!" 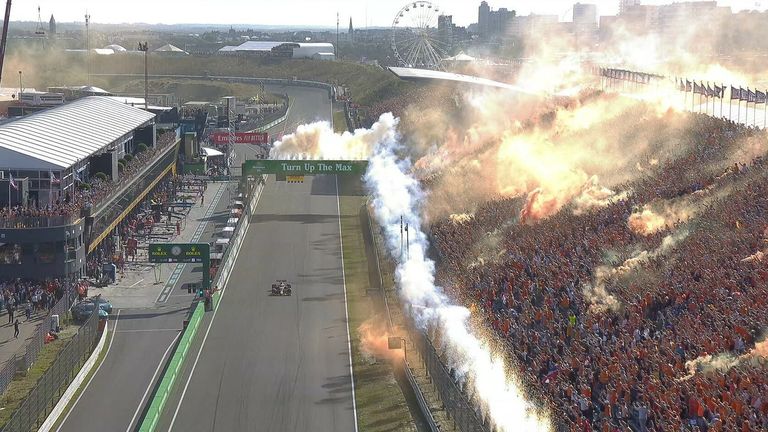 Verstappen: 'I couldn't have asked for more'

Two races after losing the championship advantage to his Mercedes rival, Verstappen heads Hamilton in the title race again - although his lead is as slender as the Englishman's was ahead of the race: three points.

"The whole weekend has been really positive," said Verstappen, the Netherlands' only grand prix winner.

"I couldn't have asked for more at my home grand prix. It's always tricky because everyone expects a lot from you and it's very difficult to fulfil that, especially in a championship like this when it's so tight.

"But from our side again today we did everything well as a team. We had a good start but then we had the right calls with the pit stop. We made sure we had the right gap before they could try and undercut us, and of course they threw all at it with Valtteri as well keeping him out and trying to make it difficult for me, which is fair play.

"But we countered it all very well.

"I'm very pleased with this win but Lewis was putting the pressure the whole race so you can see both cars are super close and it's all in the details at the end of the day where you can make the difference."