Dutch GP: Lewis Hamilton ahead of Max Verstappen in Practice One after Sebastian Vettel stoppage

Lewis Hamilton 0.097s ahead of Max Verstappen after chaotic end to session, with Sebastian Vettel stoppage leading to a delay of more than half an hour; Zandvoort filled with Verstappen fans in first Dutch GP since 1985; Lando Norris was ahead before the red flag 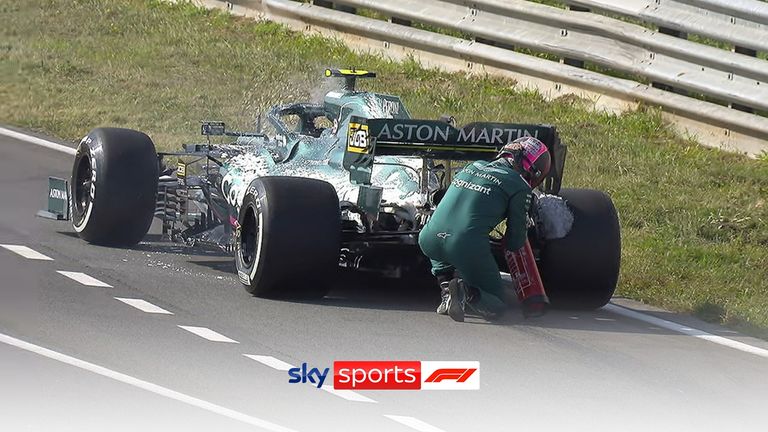 Lewis Hamilton kickstarted F1's Dutch GP return with a fastest time ahead of title rival and home favourite Max Verstappen in a disrupted opening practice, as a Sebastian Vettel stoppage led to a significant delay.

Vettel stopped on track in his Aston Martin with an engine failure just 15 minutes into Zandvoort's first F1 session since 1985, and electrical concerns resulted in red-flag conditions for most of the hour-long Practice One.

There were just six minutes remaining when drivers finally got out on track - and it was championship leader Hamilton who topped the timesheets on soft tyres, although only 0.097s ahead of Verstappen.

Predictably Verstappen was cheered on by masses of home fans on Friday morning, with a sea of orange filling the grandstands, while there was also plenty of praise for the "rollercoaster" and "old-school" circuit, compared to a "mini Suzuka" with its corner combinations on the beach-side dunes. 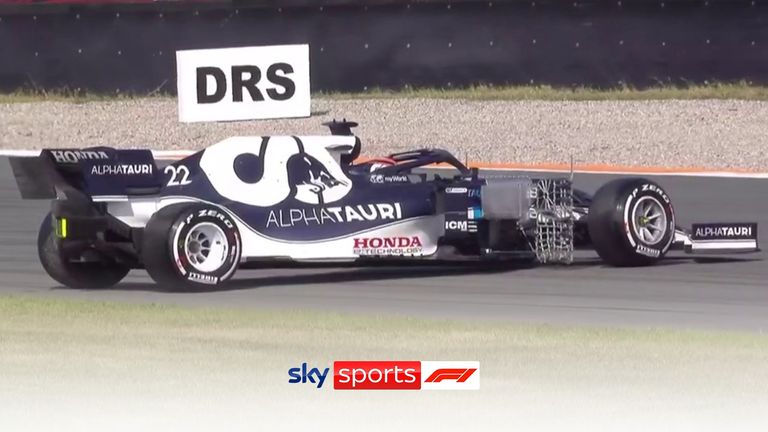 Carlos Sainz and Charles Leclerc placed third and fourth for Ferrari in a chaotic end to the session, with traffic and near-collisions aplenty.

Lando Norris, who was fastest before Vettel's red flag, almost came together with Alpine's Esteban Ocon in one of the sketchiest moments.

Valtteri Bottas was fifth in the other Mercedes, 10 places ahead of the man who is set to replace him for 2022, George Russell.

Yuki Tsunoda, meanwhile, didn't even manage to set a time in the session.

What happened to Vettel?

Vettel's first practice at Zandvoort never really got going. He reported an issue on one of his opening laps - told it was an MGU-K problem by his Aston Martin team - and then only completed one lap before stopping completely after Turn 1.

What followed was a longer delay than expected.

Vettel immediately got out of the car and started using a fire extinguisher at the back to put out the small flames - arguing with a nearby marshal during - but even when he got back the pits it took a while for his car to be recovered.

That's because there was a concern that the car was still 'electrically live' and therefore a safety threat.

A marshal arrived dressed in insulating clothing to check the car, and by the time it was finally deemed safe to recover there was only time for a few flying laps in P1.