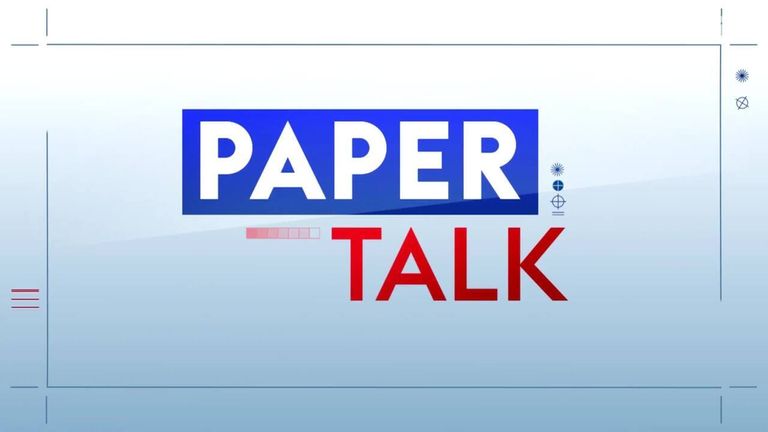 Cristiano Ronaldo could team up with Lionel Messi at PSG after handing in a transfer request and telling Manchester United that he wants to leave before the end of the summer transfer window.

In-demand Lisandro Martinez pleaded with Ajax to grant him his wish to move to the Premier League with Arsenal and Manchester United locked in a two-way scrap for his signature.

Sevilla director of football Monchi has provided an update on the future of French defender Jules Kounde amid interest from Chelsea. He confirmed there is interest from England but says Barcelona's Xavi is a fan.

Ajax star Lisandro Martinez is "very open" to signing for Arsenal in the summer transfer window.

Chelsea owner Todd Boehly wants Cristiano Ronaldo as a marquee transfer, but Thomas Tuchel is not sold on the Manchester United superstar.

Erik ten Hag plans to call on some of the brightest young stars from Manchester United's academy next season as Hannibal Mejbri, Zidane Iqbal and Alejandro Garnacho are understood to have already impressed him.

England ace Kyle Walker was among thousands forced to join airport queues - after struggling to hire a private jet.

Timo Werner, Christian Pulisic and Hakim Ziyech are at risk of the axe with more changes expected at Chelsea.

Everton look likely to lose out in the race for free agent Jesse Lingard, who is ready to sign again for West Ham.

The FA have rejected a £150million offer from a private equity company to form a rebranded Women's Super League next season.

Romeo Lavia is due for a Southampton medical in the next 48 hours, ahead of his £14m move from Manchester City.

Nottingham and Lens have reached an agreement for the £4m transfer of goalkeeper Brice Samba.

Paris Saint-Germain are set to confirm Mauricio Pochettino's departure when Christophe Galtier is unveiled as new head coach of the French champions.

The body that runs women's tennis is set to sell a significant stake to the UK private equity firm that has already bought up parts of rugby, cricket and Spanish football.

Chelsea are considering a move for Cristiano Ronaldo but it remains to be seen whether Thomas Tuchel is keen on signing the forward.

Wimbledon has denied trying to introduce night matches in an attempt to boost primetime TV ratings after Novak Djokovic became the latest player to complain about the late finishes on Centre Court.

Brentford are hopeful they will complete the signing of Aaron Hickey from Bologna on a long-term contract in the next 48 hours.

AC Milan are working on a deal to sign Hakim Ziyech. The Serie A champions are currently discussing a loan deal with Chelsea.

England fans who fork out £350-a-night to stay in World Cup tents on a sweltering beach will not be allowed to quench their thirst with a cold beer because Qatar beach accommodation zones will be dry with the only drink option soft.

Nick Kyrgios declares 'I do what I want' after defying Wimbledon's strict dress code. Kyrgios also hit back at critics like 1987 Wimbledon champion Pat Cash, who had accused him of 'cheating and gamesmanship'.

Todd Boehly will check with Thomas Tuchel whether or not he wants Chelsea to make a bid for Cristiano Ronaldo as the club attempts to wrap up a move for Raheem Sterling ahead of the squad's departure for their US tour.

Joao Moutinho is signing a new contract at Wolves, in a significant boost for head coach Bruno Lage.

Millwall say they are "saddened and disappointed" by Zak Lovelace's decision to join Rangers on a free transfer. But the Championship club say they hold no grudges against the 16-year-old - despite their "frustrations".

Rangers' wait for Antonio Colak continues with sources in Greece stating the wait could rumble on until after PAOK's Europa Conference League qualifiers. PAOK won't authorise his release until they have brought in another frontman.