Grace Walsh: "I just think it's brilliant for the future of women's and men's sport"

Ann Downey's appointment as manager of the Ballyragget hurlers is one which has garnered great interest.

The former Kilkenny camogie boss looks to make strides in the men's game, having led the Cats to four consecutive All-Ireland finals and winning the 2016 showpiece.

After she stepped aside in September, she was never going to stay idle for long.

"I would have been surprised if she didn't do anything for the year. She just lives and breathes camogie and hurling. I think it's class for her.

"I'd say best of luck to the lads training under her! She's tough but I'd say they'll all have a lot of respect for her. I think she'll do great things with them." 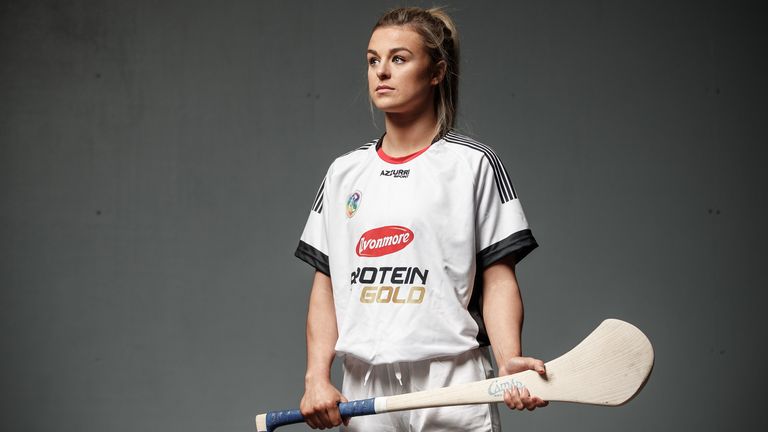 Best of luck to the lads training under her!

With so few women coaching at the top levels in hurling, Walsh feels Downey is the right person to lead the charge.

"She's done a huge amount for camogie in the last few years and I think everything is changing and do you know, it's not just going to be men anymore. It's going to be men and women," continued the Tullaroan native.

"It is brilliant because you could have a woman like Ann Downey, who'd be so much better than any man, like she could do a better job than any man with that Ballyragget team and I just think it's brilliant for the future of women's and men's sport, that we're going to be coming together as well."

"David Herity went in with the Dublin camogie and I could see the difference he made," said Walsh. "I think it will probably allow other people to step into those roles where it won't matter if you're camogie or a hurling manager."

Following Downey's departure, Brian Dowling takes over the Noresiders, and early indications are positive for Walsh and Co.

"We had Brian in with us last year. He was a selector last year. There isn't a huge change that he is in the management role now," Walsh noted. "He has been savage so far. So organised, so approachable, so easy to work with.

"Then you have Tommy Shefflin, he wasn't with us fully at the beginning because he was with Ballyhale. He seems like a bit of craic anyway, but a good trainer so far. Philly Larkin is with us and Ray Challoner from last year, so it is a nice mix. A very, very nice mix. All the lads get on great, so far, so good."