Alison Lee stars in home town with opening round 66 in LA Open, "Sometimes when you play week to week it does get pretty lonely. When you come to an event and you see people you recognise, it lifts you up" - watch round two from 11.30pm, Friday on Sky Sports Golf 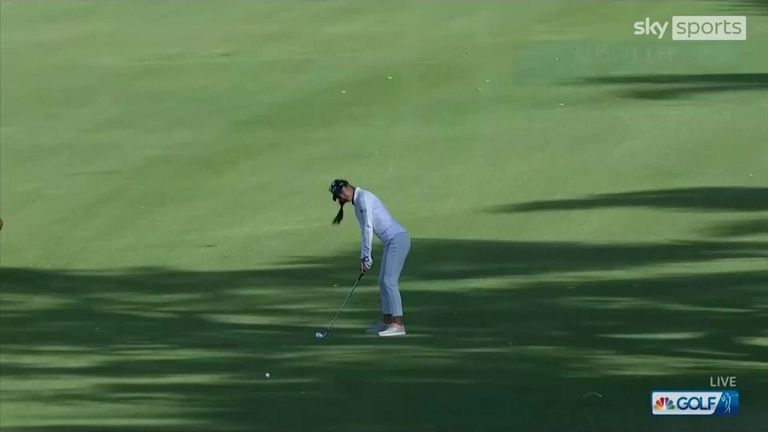 Lee, who has never won an LPGA Tour event, made two birdies on the front nine and three on the back nine in a blemish-free round to take a one-stroke lead over the field.

There is a three-way tie for second place with Japan's Nasa Hataoka, Denmark's Emily Kristine Pedersen and America's Emma Talley each on four under par.

Los Angeles-born Lee, 27, said: "I feel really comfortable. It's not so much the course but just being in LA, seeing a bunch of familiar faces out there.

"Sometimes when you play week to week it does get pretty lonely out there. When you come to an event and you see people that you recognise and you know and they're there to support you it lifts you up.

"It was good to see my parents and overall it just feels great. Hopefully I can just keep the ball rolling."

"Golf just to me felt like a big blah so to really see my hard work pay off [is pleasing]."

Defending champion Brooke Henderson of Canada shot a five-over 76, triple bogeying the par-three fourth hole, to leave her tied for 116th and in danger of missing the cut.

The Canadian, a 10-time winner on the LPGA Tour, withdrew from last week's Lotte Championship in Hawaii after the first round due to illness.

English duo Jodi Ewart Shadoff and Bronte Law are four shots behind leader Lee after carding opening rounds of one under par, with compatriot and 2018 Women's Open champion Georgia Hall a shot further back at even par.

Watch round two of the LA Open live on Sky Sports Golf from 11.30pm on Friday.