US Open: Rory McIlroy says third round at Brookline was one of his 'toughest days in a long time'

Rory McIlroy shoots three-over 73 on Saturday to sit one under par for the tournament, three shots off the lead going into the final round - Watch the fourth and final day of the US Open live on Sunday from 2pm on Sky Sports Golf 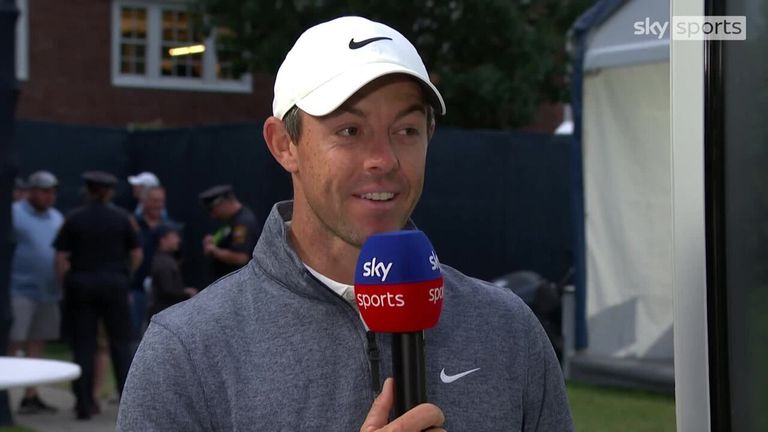 Rory McIlroy called the challenging conditions on the third day of the US Open at The Country Club in Brookline one of his "toughest days on a golf course" as he shot a three-over 73 to sit three shots off the lead on one under par.

McIlroy, searching for a fifth major title and first since 2014, started the day only one back from top spot at four under but, along with much of the field, he faltered in Saturday's strong winds.

McIlroy carded bogeys on three of the first six holes, but held things together much better on the back nine - holing some clutch putts to save par - to keep him in contention going into the final round. 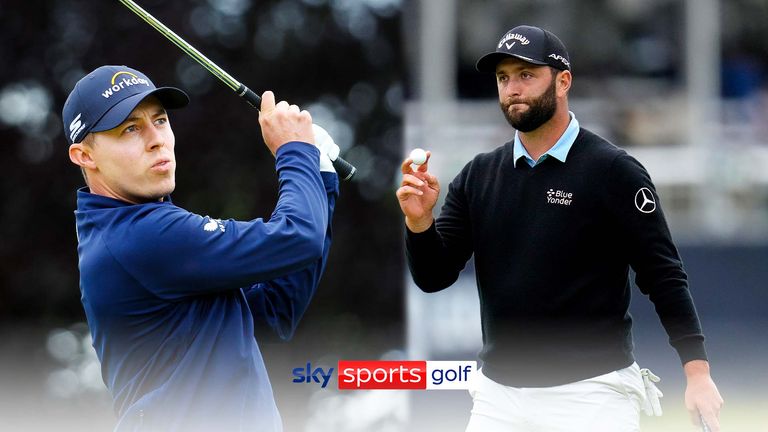 "It was one of the toughest days on a golf course I've had in a long time," McIlroy told reporters. "I just needed to grind it out, and I did on the back nine.

"To play that back nine at even par today was a really good effort, I thought - kept myself in the tournament.

"I'm sort of going home thinking that I held this round together when it could have got away from me quickly." 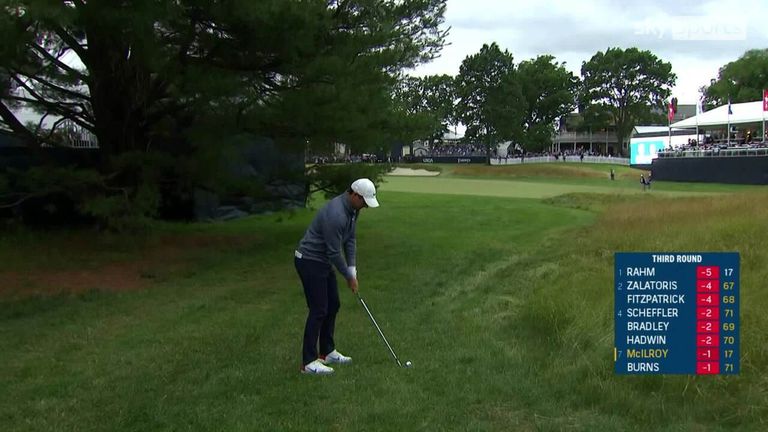 McIlroy sits three shots behind joint leaders Matt Fitzpatrick and Will Zalatoris, level on four under after hugely impressive rounds of 68 and 67, respectively, on day three. The world number three thinks that's the kind of score needed for him to emerge victorious on Sunday.

"I know guys aren't going to go out there and shoot the lights out," he said.

"I mean, 67 from Will out there today is unbelievable, such a good score, 68 from Fitz as well. I think, depending on the conditions tomorrow, that's what it's going to take.

"From me, it's going to take something like that to get the job done, but as we've seen today, things can change so quickly. I certainly thought I was going to be a few shots further back than I was at the end of the day."

Fitzpatrick is a former US Amateur champion, his 2013 win in fact coming at Brookline, which he feels can only help as he looks to win a maiden major championship. "I certainly think it gives me an edge over the others," he said. "I genuinely do believe that.

"It's a real positive moment in my career. It kind of kick-started me.

"To come back here and play so well again, it kind of just gives me growing confidence round by round."

Fitzpatrick also found himself in contention at the PGA Championship last month. Three shots off the lead going into the final round, he carded a three-over 73 to ultimately finish two off the pace from forcing a playoff. "After these last two majors, I feel like so much more comfortable out here. My game has changed for the better.

"I definitely feel like I have much more of a chance now to win a major than I ever have done in my career, obviously."

Rahm would have 'run to clubhouse' for 71

Last year's US Open was won by world number two Jon Rahm and, as he headed up the 18th on Saturday, he held a one-shot lead at five under, only for a double-bogey finish to drop him back.

The Spaniard, though, declared himself "very content' with his round of 71, saying: "If on the 14th hole you tell me you can post one over par and not play the last five holes, I would have run to the clubhouse because of how difficult it was playing.

"I would have taken it, no questions asked." 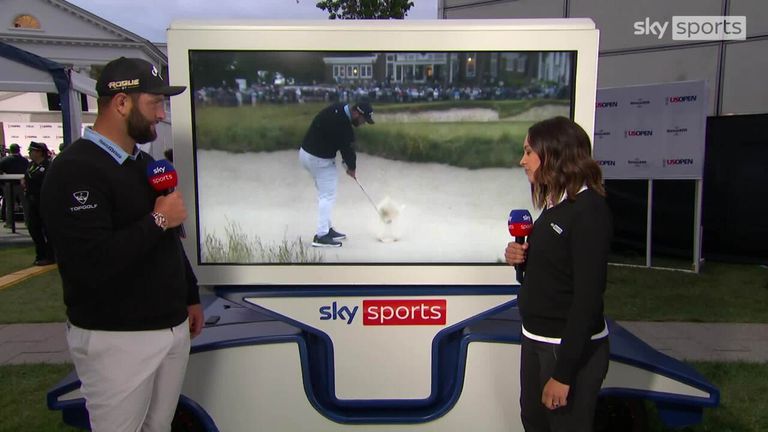 At that stage, Rahm had just bogeyed the 13th to slip back to two under for the tournament, before a run of three birdies in the next four holes propelled him into the lead, although he added his finish was "infuriating".

Heading into the final day, the defending champion's plan is to try to ignore the distractions.

"I just have to focus on myself and my game and play my golf, shot by shot," Rahm said. "I can't control what the guys ahead or behind me are doing.

"The second you get too caught up in what others are doing at a US Open is when you start making bogeys and double-bogeys in a row.

"I know somebody behind is going to come out hot and is going to post a score, and I know I'm going to have to play good and probably shoot in the red numbers. That's my job."

Watch the thrilling conclusion to the 122nd US Open on Sky Sports Golf, with live coverage of the fourth and final round getting underway from 2pm on Sunday.