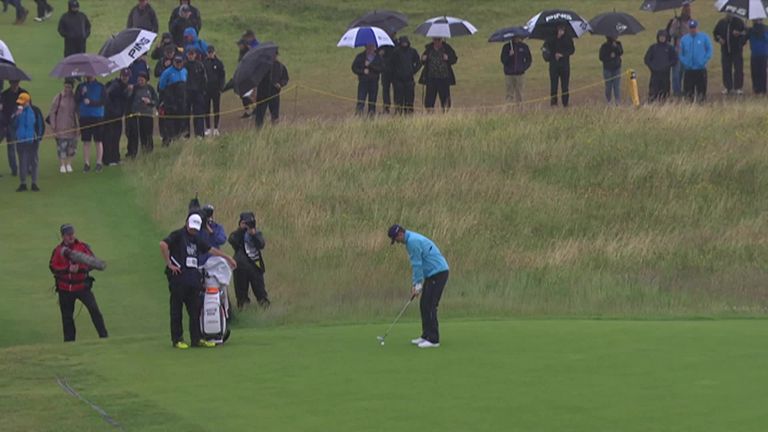 Justin Rose experienced a moment that all amateur golfers can relate to during a disappointing final round at The Open.

Rose went into Sunday seven strokes off the pace and in need of a fast start at Royal Portrush to challenge for a second major title, only to see his hopes ended with three bogeys in his first eight holes.

Relive a dramatic final round of The 148th Open at Royal Portrush.

Worse was to come at the par-four ninth, where Rose missed the green in regulation to leave himself a fiddly pitch in wet and windy conditions.

Sitting in the middle of the short grass and with a good lie, Rose then shanked one sideways and left himself further away from the green on his way to a double-bogey six.

Rose isn't the only player to experience the dreaded shanks in Northern Ireland this week, with Wayne "Radar" Riley and Andrew Coltart both hitting similar shot in the Open Zone during the final major of the year.

Click on the video above to see Rose's shocking shank!