Darren Clarke says the return of The Open to Royal Portrush this week after a 68-year absence has been "wonderful".

The Northern Irishman hit the opening tee shot in The 148th Open on Thursday, although he agonisingly missed the cut after making a triple-bogey at the 18th in his second round.

But, otherwise, Clarke says it has been a memorable week for both the town and the course on the north coast of Northern Ireland.

Tiger Woods leads the praise for the Dunluce Links course

"I think it's been wonderful and I think everybody has really enjoyed it," Clarke told Sky Sports. "The golf course has been a good, fair, stern test, albeit a little softer and with not as much wind as they would have liked.

"All of the caddies and all of the players have enjoyed it. The crowds you have seen have thoroughly enjoyed it and the R&A will be very pleased. This is the Open Championship and this is the biggest and best tournament in the world.

"Everybody in the town has been really looking forward to this for a very long time and the whole place has been buzzing. All the local people have really enjoyed the excitement of having an Open Championship here.

"Hitting the opening tee shot was huge and certainly a moment I will cherish forever. I was very nervous and quite emotional, but it was a lovely way to start the week."

Portrush native Graeme McDowell also hailed an "amazing" week despite closing with a six-over 77 to finish on four over.

"It's been amazing," he told Sky Sports. "I'm just very proud of the town and very proud of the country of Northern Ireland - I'm proud of the whole island. The people who have come to support this week have just been overwhelmingly full of good cheer and such excitement to have this great event here in Portrush and here on the island of Ireland. 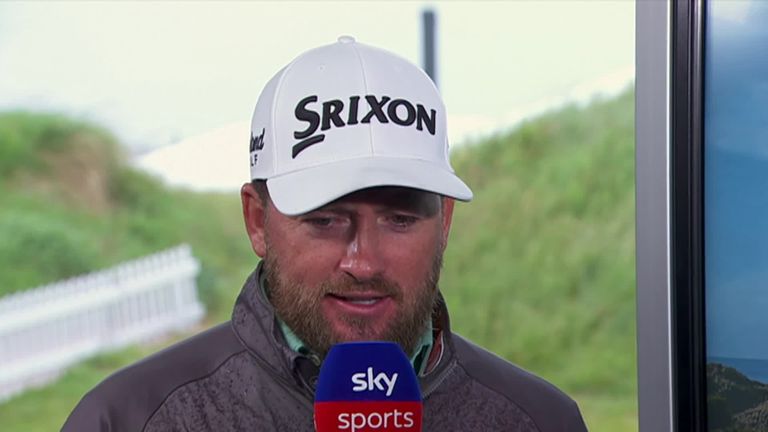 "I've been overwhelmed with comments from players and caddies, and even TV crews, that they are saying that this is the best links course they have ever seen, it's the best Open Championship venue they've ever been to.

"That's just special for a guy that grew up here in this town. I love this place, it's amazing. It's the realisation of a dream to have the Open Championship come back here and to see the level of execution from everyone and to see all those fans out there and how proud they are and how excited they are."

McDowell, who had been steadily improving with rounds of 73, 70 and 68, began his final round with a birdie but then double-bogeyed the eighth before making five bogeys on the back nine.

"I wish I could have played a little better for them in the end," he added. "But I've enjoyed every second of it and I'm not going to let that back nine destroy my week and the way I feel about this week, because it was so great on so many levels."