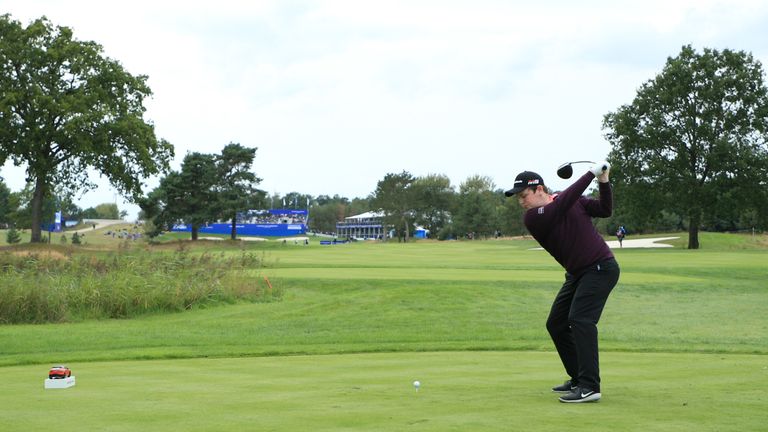 Bob MacIntyre found an extra gear on day two of the Porsche European Open as he opened up a commanding four-shot lead at the halfway stage in Hamburg.

After first-round leader Paul Casey struggled to a 73 in tough early conditions at the Green Eagle Golf Club, MacIntyre took advantage of the friendlier afternoon weather and fired a superb 63 despite making only one birdie on the five par-fives.

The Scot stormed to the top of the leaderboard on 11-under par, four clear of Bernd Ritthammer, while Casey is now six off the pace as he continued to battle a tough layout as well as a throat infection.

MacIntyre has already had a hugely-successful rookie season on the European Tour, with back-to-back runner-up finishes in May and a tie for sixth in The 148th Open at Royal Portrush, and he is now in prime position to land his maiden victory on Tour.

The talented left-hander's scorecard featured a remarkable 11 threes - six of them for birdie, and although he was unable to pick up shots at the long 15th or 16th, he hit the final green in two and easily two-putted for his seventh birdie of the day.

"I just stuck to my game plan," said the composed 23-year-old. "It's probably the best I've driven a ball - possibly this year. It's not just going straight, it's going miles. I don't know what I'm doing but it's working so I'm just going to try and continue to do it.

"I can only control what I can control and that's swinging the golf club for each individual shot. That's all I'm going to do over the weekend as well and hopefully I can keep the good scores coming. It's going to be tough, especially when it's my first time with such a lead.

Ritthammer gave the home fans plenty to cheer late in the day when he birdied three of the last four holes to cap a blemish-free 66 which lifted him to seven under and alone in second place, with Casey alongside Matthias Schwab and Guido Migliozzi on five under. 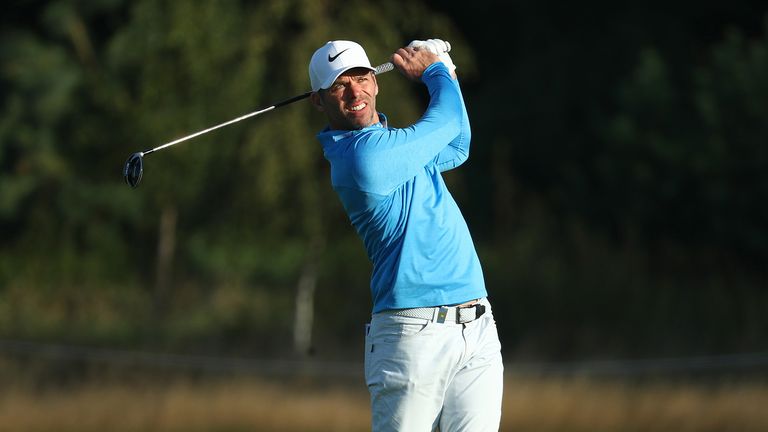 Casey started with a bogey at the 10th and dropped further shots at 13 and 14, but he regrouped and clawed two shots back at 15 and 18 before bouncing back from another bogey at the third with a nice two at the short fifth.

He missed a chance to get back to level for the day at the ninth, but he was pleased with his fightback from such a poor start although he was less happy about the set-up of the challenging course.

"I'm actually quite happy with one over as it's such a difficult golf course," Casey said. "Attitude is the key, I had a good attitude and luckily there were options to make birdies if you stick with it, but it's very difficult.

"Not every course should be easy every week, but if it were me I'd move the tees up here because you're bringing in a lot more interest into the way this course is played. Hazards will be more in play and I'd like to see guys going for it a bit more. Right now it's very, very difficult, almost kind of defensive, which is not that enjoyable."

Xander Schauffele, the highest-ranked player in the field this week, produced a spirited response to his opening 73 as he got into red numbers with a four-birdie 69 that lifted the world No 9 to two under alongside Thomas Pieters, who found water at the last and ran up a seven to sign for a disappointing 72.

Former Masters champion Patrick Reed was two over after five holes, four over for the tournament and staring at a missed cut, but he dug deep to salvage a 72 which got him safely into the weekend on two-over par.

But his fellow American Matt Kuchar will be flying home early following a second straight 74 which began with three consecutive bogeys.