The Masters: Working alongside Jack Nicklaus at Augusta National

Anyone lucky enough to attend the Masters comes home to many questions about their Augusta experience and what was the best part.

Some of us are luckier than most, and my once-in-a lifetime memory is easy to describe. After all, I got to sit next to Jack Nicklaus for four days in a row.

That, in itself, would be an experience to treasure forever but for it to happen on a first visit to Augusta National makes it pure gold. And yet, even the most wonderful moments in life don't come easily.

Looking back over the nine years to when Sky was about to first broadcast the Masters I remember being as nervous as I'd ever been, almost dreading having to find a way of doing my job properly. In the weeks before going to Georgia, a friend in TV told me: "Stop worrying, it's just another tournament." The trouble is it wasn't, it was the Masters.

The fact that Jack Nicklaus was to be a studio guest only made matters worse because, although I'd interviewed the great man on many occasions, the idea of setting the correct tone for Day One of the Masters in the company of someone who'd won it six times was daunting.

Mr Nicklaus, for all his acclaim as the most decorated golfer ever, is a kind and thoughtful person but, like most successful people, he doesn't suffer fools gladly.

Misjudge the mood or ask the wrong question in his company and you risk a tense studio atmosphere which, of course, is less than ideal. It could be fine for Newsnight, but not for an hour of lively sports chat.

My anxiety in the run up to Augusta was balanced by happy memories of previous encounters with Mr Nicklaus. Back in 1994 at the Open Championship at Turnberry, he agreed to an interview when I was still a novice in golfing TV.

When we'd finished he said one of the nicest things I'd ever heard. He told me he'd enjoyed being interviewed by me because I listened carefully to what he said. I hadn't been aware of that, probably because of nerves, but in one sentence, a sportsman - albeit the greatest golfer of all time - had delivered the best lesson in television you'll ever hear.

Three years later, at the US PGA Championship at Winged Foot, Nicklaus came into the Sky studio after missing the cut with rounds of 74 and 76.

Having read in the American press that he was about to have a hip operation, I asked during our live interview if this would now be the time for him to have surgery and be fit in time for the Masters the following year.

He looked me straight in the eye and said: "What's this about a hip operation?"

Sweating with panic, I pointed out that it was all over the papers and everyone was talking about it. At that moment, Mr Nicklaus slapped my thigh and said: "Come on David, you should know not to believe everything you read in the papers."

A joint statement by golf's governing bodies confirmed new dates for the 2020 majors.

When we were off air, I apologised to him but still looked for clarification. He just winked at me and smiled and, sure enough, he had his hip operation a couple of weeks later.

My only explanation for that strange encounter is that great golfers like Jack Nicklaus and Tiger Woods don't like to make excuses for playing poorly.

Anyway, fast-forward 14 years to Augusta 2011 and the time finally came for Sky to broadcast its first Masters with the great man as a studio guest.

Just before we were due on air, Mr Nicklaus came along the corridor that links all the television studios at Augusta and it didn't bode well when he was overheard saying to one of his grandsons: "My goodness, am I really doing this?"

I'd later discover in private chats that he'd have much preferred to be at home fishing and perhaps catching the last hour of Masters coverage on TV. In any case, whatever misgivings he may have had, he walked into the studio and seemed instantly at home when he discovered his fellow guests were Colin Montgomerie and Butch Harmon.

He'd always liked Monty and it almost goes without saying that he adored Butch. If ever there was an example of why Butch was the best coach in the world, it was right there in that studio, making his old friend comfortable and keeping things light and loose.

From then on, everything became fun, especially when one of my first questions to Jack was about the special demands of winning a Major.

His reply - that he found Majors the easiest tournaments to win - caused a sharp intake of breath from everyone except Monty. "Thanks Jack," said the man who'd come so close to winning so many of them but, in the end, came up short.

Cue laughter all around and an atmosphere that Mr Nicklaus seemed to genuinely enjoy for the next four days. 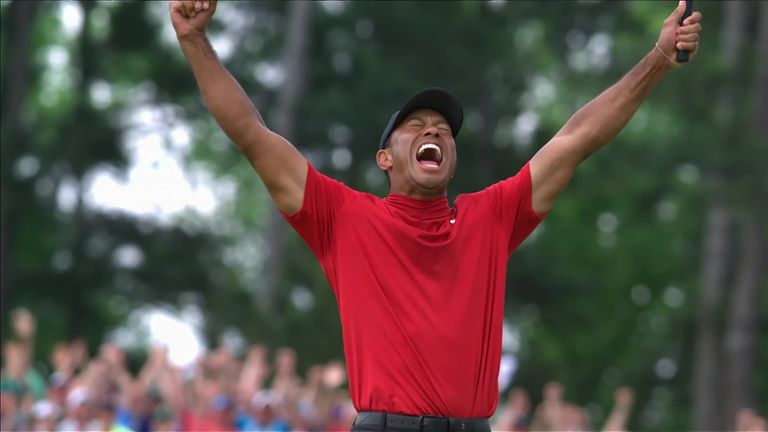 Each day when we handed over to full coverage of the golf, our studio manager would politely ask him to sign the inevitable pile of hats and flags that had been handed in. He'd sit down, take out his Sharpie, and say: "This is the easy part. "

One day, on his way out of the studio he bumped into two friends of mine from Scotland who'd made a huge donation to charity in return for their trip to Augusta. He shook their hands, made fun of the white legs beneath their shorts, signed their hats and, in doing so, gave them the greatest day of their sporting lives.

At the end of the week, the most successful golfer of all time, leaned over and said to me quietly: "Thank you David for all your courtesies towards me."

I can't remember exactly what I said in reply but I know what I felt, and at that moment I knew the old adage that you shouldn't meet your heroes for fear of disappointment was not one that applied to Gentleman Jack Nicklaus.