"I feel like it was a very successful week for us, not just here this week but also going forward," said 2018 Masters champion

Patrick Reed is confident his BMW PGA Championship campaign will have served as ideal preparation for next month’s Masters.

The American bemoaned a "sloppy" four-under-par 68 in the final round at Wentworth as he finished five shots behind winner Tyrrell Hatton in the European Tour's Rolex Series event.

Reed, playing for a second straight year in the Tour's flagship event, will now head back to America to finalise his "game plan" for the rearranged final major of the season at Augusta National, where he won his first major in 2018.

The 30-year-old ultimately fell short in his bid to win his first title on the European Tour but was pleased with his game after incorporating some adjustments since his tied-13th finish at the US Open last month.

"As a whole I felt like it was great and that there was a lot of things that we could take from this week moving forward, especially once you get to Augusta, it's going to be cold and kind of damp," Reed said.

"That being said, I feel like it was a very successful week for us, not just here this week but also going forward." 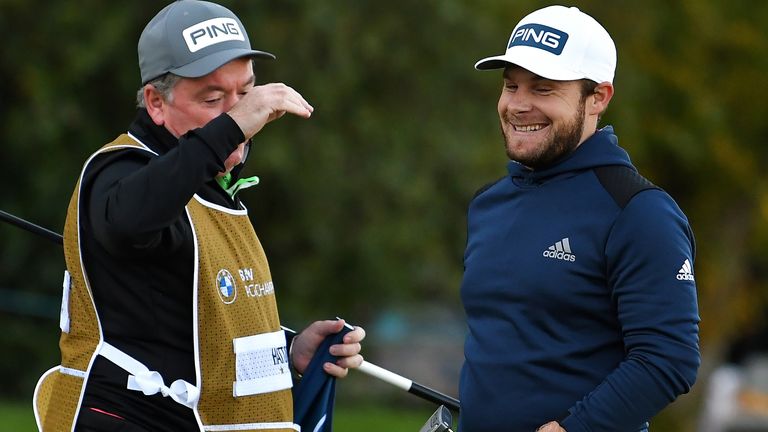 Honorary European Tour member Reed began the week with a two-under 70 but a third successive round of 68, which included an eagle on the 18th for the second day in a row, sealed a share of third place alongside England's Andy Sullivan.

Reflecting on his performance in the final round, Reed added: "It was a little sloppy today. Didn't quite hit the balls as well as I wanted to, and I couldn't quite figure out the speeds, so a lot of careless errors early on and throughout round.

"But besides that, I was able to ride the ship and able to hit quality shots down the stretch, and I was able to finish correctly, finish strong. But you know, the good thing is there's a lot of positives this week.

"I felt like I did a lot of things better than I have the past couple weeks and so the things that I'm working on definitely give me confidence going forward that I'm doing the right things and going in the right direction."

Reed, who has extended his lead in the Race to Dubai standings has spoken publicly of his desire to become the first American-born European Tour No 1 in the near 50-year history of the Tour.

"I think that was the biggest I think this week is coming over and testing out my golf game, but also at the same time, trying to hold that [Race to Dubai] top spot, because you know, the biggest thing was to come over and show support, play some good golf and hopefully by the time we get to Dubai, that we're in the driver's seat and everyone is having to chase me.