Zozo Championship: Rory McIlroy more focused on winning rather than preparing for Masters

"It's been a year since I've won, so this week is a great opportunity to try to get a win and get into contention and I think that would be a big step" 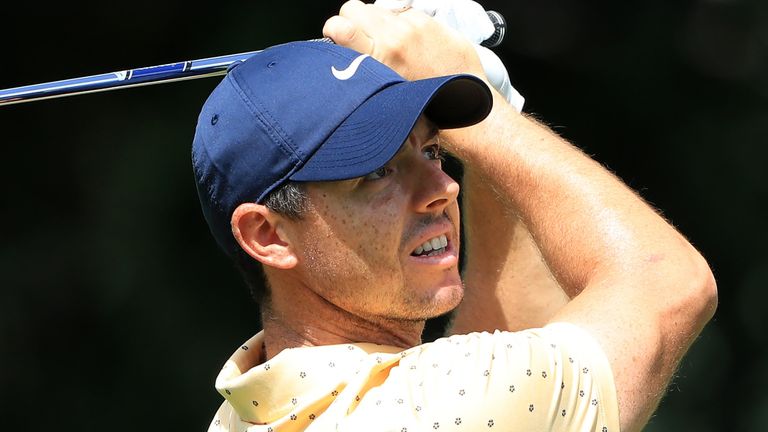 Rory McIlroy is "100 per cent focused" on landing his first win in almost a year this week and insists he is not playing the Zozo Championship just to tune his game for the Masters.

McIlroy has not lifted any silverware since the HSBC Champions in early November last year, and this week's event represents his final chance to avoid going 12 months without a victory.

The 31-year-old began 2020 in excellent form and posted top-five finishes in his first four starts before the coronavirus shutdown, since when he has rarely contended and did not enjoy another top-10 result until the Tour Championship.

McIlroy followed up with a tie for eighth at the US Open, and he has been working hard on various technical aspects of his game in the hope of being back to his best before heading to Augusta, but he remains committed to ending his winless run at Sherwood Country Club in California this week.

"It's four rounds, it's an opportunity to win a PGA Tour event, so that's first and foremost what my focus is," said McIlroy, who has slipped from first to fifth in the world rankings since July.

"It's been a year since I've won, I haven't won since China last year. So this week is a great opportunity to try to get a win and get into contention and I think that would be a big step if I were able to. I haven't really been in contention much since coming back from the lockdown.

"If I could get into contention this week and have a chance to win, I think that would be great for just overall confidence in play and all that. But obviously great looking ahead a couple weeks' time and getting in a position where you're having to hit shots under the gun and under that pressure of trying to win a golf tournament.

"But for me, I'm 100 per cent focused on this week and there's no part of my mind that will be on Augusta, Georgia, when I'm out there playing those 72 holes this week."

With the final major of the year looming, McIlroy could not avoid questions on his intended Masters preparations and confidence heading into the only major which has evaded him, and he believes a sharp short-game and experience of tackling Augusta 11 times will be of huge benefit next month.

"You need all aspects of your game in good shape, especially your short game," said McIlroy, who is using three-time champion Phil Mickelson as inspiration for Masters success. "One of the conversations I remember having with Phil back in the day was he always tried to get his short game so good at Augusta.

"Then he could be ultra-aggressive with the second shots knowing that he had a short game to bail him out if he did miss it on the wrong side. So you try to get your short game really sharp and get everything else sort of following that.

"And if you go back to a course every year, there are no real surprises. You've probably missed it in similar spots before, you know what it does. There are certain things you remember, like the putt up the 14th green, like that's the slowest putt on the course and if you have that putt, you remember it.

"I think it's just all these little things that it's just experience, I think that's it. I don't think it's anything like there's more knowledge, it's just being in that situation a few more times than guys that haven't been there that much and being comfortable and having certainty of knowing what this certain shot or this certain putt is going to do."