Patrick Reed shares the lead with Matt Fitzpatrick and Laurie Canter heading into the final round of the DP World Tour Championship, with Reed looking to become the first American winner of the Race to Dubai 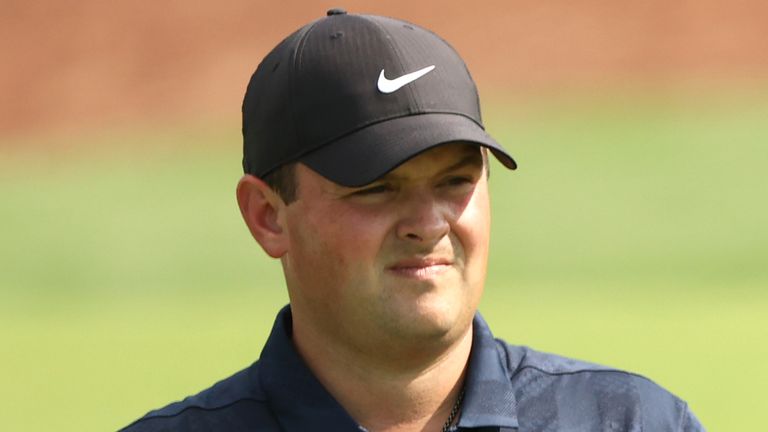 Patrick Reed discusses an impressive display around the greens to retain a share of the lead at the DP World Tour Championship.

Patrick Reed believes it's too early to think about Race to Dubai victory after retaining a share of the lead heading into the final round of the DP World Tour Championship.

The former Masters champion, looking to become the first American winner of the Race to Dubai, relied on a magnificent short game to battle to a one-under 71 and sit in a three-way tie alongside Matt Fitzpatrick and Laurie Canter.

Reed holds a 460-point lead in the season-long standings and is one of four players who can guarantee ending the season as European No 1 win a victory, although is wary there's still work to be done if he's going to make European Tour history in Dubai.

"I'm trying not to really think about that [Race to Dubai victory] honestly," said Reed. "If it happens, it would be unbelievable. It was always a goal of mine obviously to win golf tournaments but to win this one and also to win the Race to Dubai and be the first American would be amazing.

"We've got a long day ahead of us tomorrow. We still have a full 18 holes left and you can't really sit back there and think as much about that as just stay in the present and try to play some good golf tomorrow."

Playing partner Fitzpatrick - the 2016 champion at this event - carded a three-under 69 to also get to 11 under and bolster his hopes of registering a sixth European Tour title.

"It was just a solid day, really," Fitzpatrick said. "Just limited the mistakes on the hole and didn't necessarily give myself too many chances, but the most important thing was I kept myself in touch with the guys at the top." Matt Fitzpatrick discusses moving into a share of the lead heading into the final round of the DP World Tour Championship in Dubai.

Canter will go out alongside Reed in the final group on Sunday as he searches for his maiden European Tour victory, having had two runner-up finishes in his last six starts.

"I think the chance we had when we were locked down to reflect a bit on things I was going to do differently when I came back and I've done a few little things differently," he said of his form. "But they would be so kind of inconsequential you wouldn't necessarily notice. Laurie Canter reflects on moving into a share of the lead at the DP World Tour Championship and discusses his hopes of winning the season finale.

"I guess if you put my name next to the rest of the top-10 it [winning the Race to Dubai] would change my life more than the other nine guys, let's be honest. Let's see."

Who will win the DP World Tour Championship? Which player will claim the Race to Dubai title? Watch the final round of the European Tour season live on Sunday from 6.30am on Sky Sports Golf.