Adare Manor in Ireland has been confirmed as the host venue for the Ryder Cup in 2026.

A deal reached between the Irish government and the European Tour will see golf's most prestigious event return to Ireland for the second time, with the Limerick-based course - owned by Irish businessman JP McManus - selected.

K Club near Dublin held the biennial match play event between United States and Europe in 2006 and the announcement comes days after Ireland's Shane Lowry won The Open at Royal Portrush.

"Months of careful negotiation behind the scenes have seen us arrive at this point and we could not be happier to be able to take golf's greatest team contest back to Ireland," Guy Kinnings, European Ryder Cup director, said.

"Aside from having provided three Captains over the past four editions, in addition to world-class talent such as Rory McIlroy, Irish players such as the late Christy O'Connor Jnr, Philip Walton, Eamonn Darcy, Graeme McDowell and Paul McGinley are intrinsically linked with providing Europe's winning moments over the years.

"Added to that the fact that Irish golf fans are rightly recognised as some of the most knowledgeable and passionate in the world, as was shown during Shane Lowry's emotional Open Championship triumph at Royal Portrush on Sunday, there was no question in our minds that the time was right."

Adare Manor, which was extensively renovated two years ago, held the Irish Open in 2007 and 2008 and will host the sixth staging of the J.P. McManus Invitational Pro Am next year, which is set to feature Tiger Woods, Rory McIlroy, Phil Mickelson and Justin Rose.

"This is a tremendously proud day for everyone at the European Tour and everyone associated with the island of Ireland and Irish golf," Keith Pelley, European Tour chief executive, said. 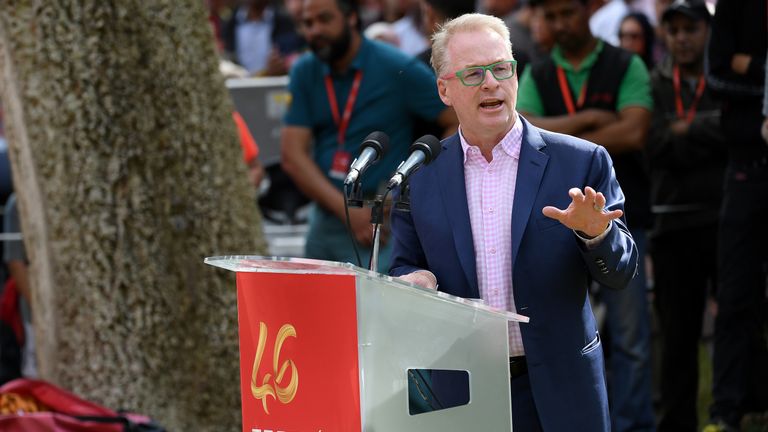 "Over the past few weeks we have seen truly wonderful golfing occasions at both Lahinch and Royal Portrush and I know such memorable scenes will be repeated in seven years' time at Adare Manor. Ireland has golf in its DNA and especially in relation to The Ryder Cup."

Taoiseach, Leo Varadkar said: "I am delighted that Ireland will be the host of The Ryder Cup in 2026. It is great news for Ireland, and for County Limerick and the west of Ireland in particular.

"This news comes at the end of an historic week for golf on the island of Ireland, following the hugely successful hosting of the Open Championship by Royal Portrush Golf Club, and the historic victory by one of Ireland's most popular sporting heroes, Shane Lowry.

"Shane's victory is one of many great achievements by Irish golfers, not just in Major Championships but also in The Ryder Cup. Over the years, Irish captains and Irish players have played a huge role in the success of the European team.

"I am sure that when The Ryder Cup comes to Adare, we will see many more great sporting memories created, and great sporting friendships forged. It will be a fantastic occasion for everyone on the island of Ireland, and for the many visitors from both sides of the Atlantic who can look forward to another great Irish welcome."

Whistling Straits in Wisconsin will be the venue for the next Ryder Cup in 2020, while the next staging in Europe will be at the Marco Simone Golf and Country Club in Rome in 2022.

Europe will defend their title after a 17½-10½ victory at Le Golf National near Paris last year.