Paul Casey, Tommy Fleetwood, Viktor Hovland, Rory McIlroy and Jon Rahm are all confirmed on Team Europe and will be joined by four other qualifiers and three captain's picks; the Ryder Cup starts on September 24, live on Sky Sports 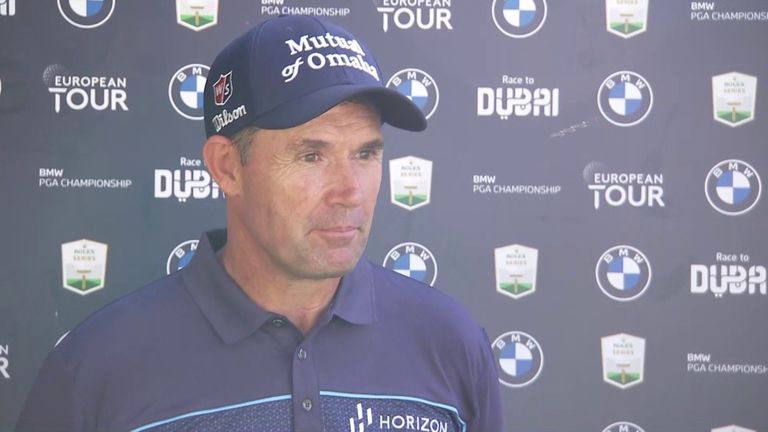 European captain Padraig Harrington says Sergio Garcia and Ian Poulter are in "pole position" to be picked for the 2021 Ryder Cup team.

There will be four more automatic qualifiers and three captain's picks, with the qualification window closing after the BMW PGA Championship at Wentworth, which runs from September 9-12.

The qualification spots go to the four players leading the Race to Dubai Points List for the European Tour, and the five other players are based on the World Points List standings.

Tyrrell Hatton, Matthew Fitzpatrick, Lee Westwood, Shane Lowry, Henrik Stenson and Justin Rose are all in contention, with Garcia and Poulter seemingly set to make the team as captain's picks.

"They are very strong," Harrington told Sky Sports. "These two guys have both played great this year. They are both Ryder Cup veterans that have delivered in the Ryder Cup time and time again. It would be odd to see me not pick them, but you never know what is going to happen. You can't be sure after Sunday night until we know where we sit with things. They are certainly in pole position."

Garcia's position looked in doubt after he took part in the Tour Championship at East Lake last weekend and decided not to play at Wentworth due to travel demands.

"He knows where he sits with it," said Harrington.

"He could have come here and played his way into the team and taken all doubt out of anything, but, you know, he's comfortable where he's at. It's a better decision for him in terms of resting up and getting ready for it if he's in the team. You know, this would have been definitely too much after the last three weeks. But it does put a bit of risk in there, doesn't it."

Europe will be looking to retain the Ryder Cup when they head to Whistling Straits, with the tournament starting on Friday, September 24, live on Sky Sports. 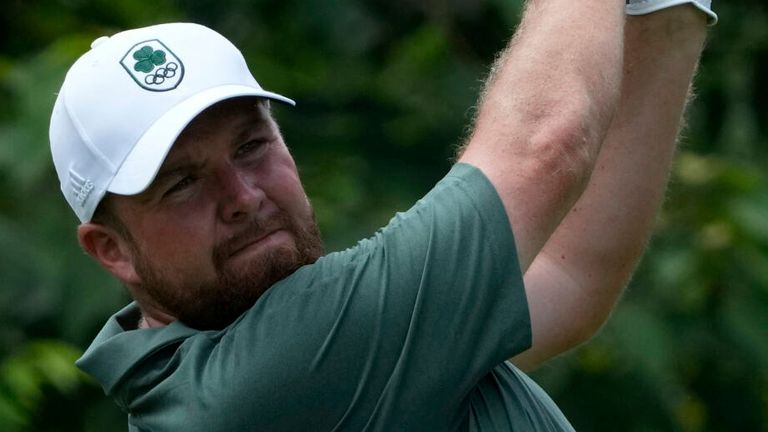 With places up for grabs at Wentworth this weekend, Harrington says he is expecting "drama and excitement" as Team Europe is finalised.

"We wanted a bit of drama at the end and a bit of excitement," said Harrington, who won the Ryder Cup four times as a player from six appearances.

"It's going to be an interesting week. There's a lot of scenarios that we probably could sit down and go through at this stage but we're going to have to wait till the tournament starts and get a bit of play under way and maybe Friday evening we start looking at that a bit more, and obviously Sunday we'll have to deal with it and figure out how it's affecting what's there in front of us and who is going to be getting a pick.

"I think there are players who could really cause a bit of a fuss this week, cause a bit of drama. You know, there's been a great push over the last couple of weeks. Guys have really, really pushed their way in and it's caused a bit of excitement to it, and certainly if you had been looking six weeks ago there wasn't a lot happening.

"But a lot's happened over the last six weeks certainly, and it's good that we are coming to a championship of this standard. Those guys are going to be under pressure. So anybody who plays well this week has really earned it.

If Harrington does lift the Ryder Cup on American soil he will be the second European captain to do so this month after Team Europe won the Solheim Cup. Harrington says his team can draw "momentum and inspiration" from the Solheim Cup success.

"What's not to take? I was watching it and I was thrilled the way they went about it, how they did it, the win. It definitely helps us. You want all the momentum you can get for us as the Ryder Cup team.

"Them going out winning and the style they won, and they dominated. Let's be honest, they won fair and square. There was no luck involved. Sometimes you might think, oh, did they get lucky to win? It wasn't the case, and that's the sort of momentum what we would be looking to." 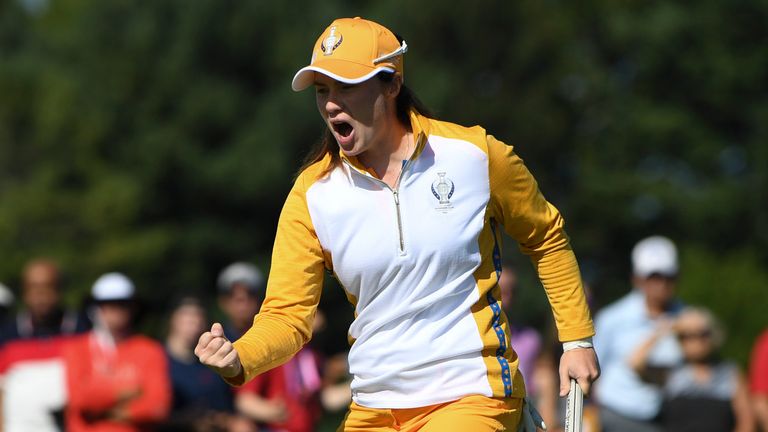 Europe won the Solheim Cup with four rookies on their team, including Ireland's Leona Maguire.

Hovland is the only rookie from the first five Ryder Cup picks, but Harrington would have no hesitation picking more in his 12.

"Our rookies have done well over the years and there's no doubt you want rookies on the team. At the moment as the team sits, you have Viktor and Shane (Lowry) being in the hot spot as also a rookie. Strange to call them both rookies but I do believe that if they were both on that team, they would bring that necessary atmosphere to the team, that fun that you need, the enthusiasm you need in the team room.