The Open: Shane Lowry turns career around a year after Carnoustie despair 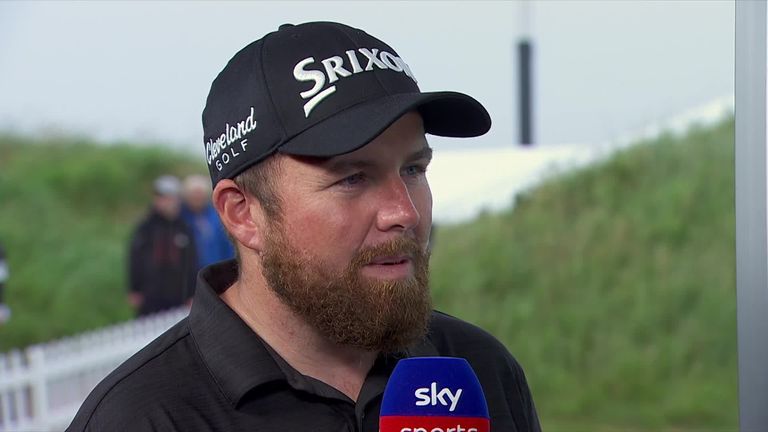 A year after crying in the car park at Carnoustie, Shane Lowry was close to tears for all the right reasons after completing a comprehensive six-shot win at The 148th Open.

Lowry appeared surprised by how calm and composed he was as he looked at his name engraved on the Claret Jug at Royal Portrush, where thousands of his fellow Irishmen created an incredible atmosphere as he strolled down the 18th fairway with victory a formality.

The 32-year-old described the scenes as "surreal" when he holed out for a 72 and a winning score of 15 under par, comfortably enough to hold off Tommy Fleetwood on a wet, windy and wild final day on the north coast of Northern Ireland.

It was a far cry from his disappointment at Carnoustie 12 months ago, when he missed the cut after rounds of 74 and 73, but he revived his confidence with a superb win in Abu Dhabi in January, and he can now call himself a major champion after a magnificent four days over the historic Dunluce Links. 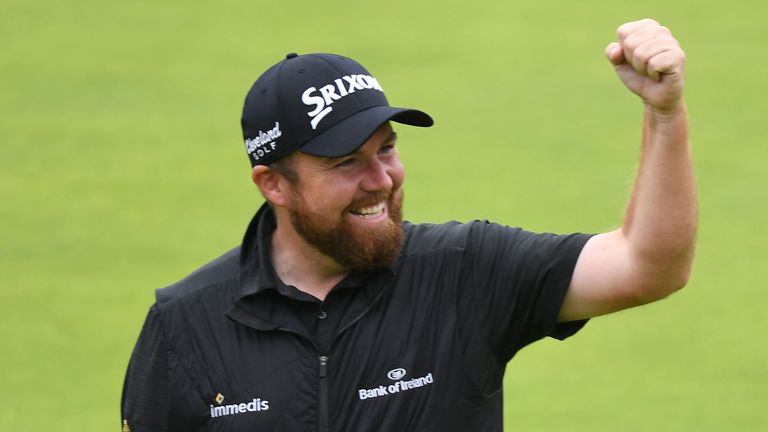 "Carnoustie, look, that just shows how fickle golf is," said Lowry. "Golf is a weird sport and you never know what's around the corner. That's why you need to remind yourself, and you need other people there to remind you, that you need to fight through the bad times.

"I sat in the car park in Carnoustie on Thursday, almost a year ago right to this week, and I cried. Golf wasn't my friend at the time. It was something that became very stressful and it was weighing on me and I just didn't like doing it. What a difference a year makes, I suppose."

His victory also banished the memories of his Oakmont disappointment in 2016, when he took a four-shot lead into the final round of the US Open before being unable to hold off Dustin Johnson.

"I think I knew that I had to fight to the bitter end today, and that's what helped me," he added. "And that's where I struggled in Oakmont. I always said after Oakmont, if I could have got the last four holes back, I'd give anything to be standing on the 14th fairway again.

"I knew today that I was going to have to fight to the very end, and I did. I didn't let myself think about it on 17, just enjoy it. But you're still hitting shots. Links golf, bunkers, rough, all sorts can happen out there. I let myself really, really enjoy it going down 18. But before that I was really just fighting until the end."

One of Lowry's biggest inspirations in his career has been Padraig Harrington, and his dreams of being able to have a Claret Jug to show off "in his kitchen" have now been realised, although he revealed he started the final day not knowing if he had the ability to get over the line.

Tiger Woods leads the praise for the Dunluce Links course

"And look, I'm here now, a major champion. I can't believe I'm saying it, to be honest. I think the people around me really believed that I could, which helped me an awful lot.

"I grew up holing putts back home to win The Open. It was always The Open, wasn't it? I watched Paddy win his two Opens, and I didn't even know him back then. Now I'm obviously very good friends with him.

"To have him there on the 18th, like you go into Paddy's house and the Claret Jug is sitting on the kitchen table, and I'm going to have one on my kitchen table, as well. I said that to him, as well, that's going to be quite nice."