The Open: Champion Shane Lowry says Claret Jug celebrations will not stop yet 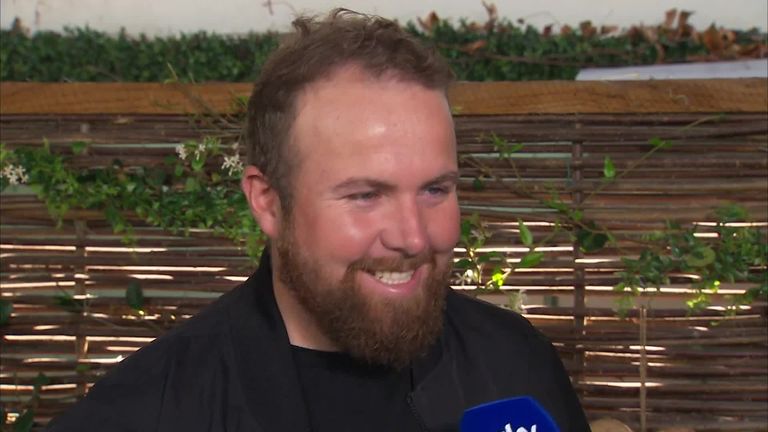 Open champion Shane Lowry expects his celebrations to continue for some time as he prepares for a euphoric homecoming following his maiden major triumph at Royal Portrush.

The 32-year-old won the 148th Open by six shots ahead of England's Tommy Fleetwood in Northern Ireland on Sunday to become the fifth Irishman to lift the Claret Jug.

Lowry will return to his native Clara, Co Offaly later on Tuesday to continue the party atmosphere and admits his "dream" success was something he doubted would ever be realised.

"I think we might be celebrating for another couple of days. What a crazy few days. I haven't stopped going since Sunday and it has just been unbelievable. The amount of messages and support I have been getting is just incredible as well.

"(The Claret Jug) stays in my bedside locker! I haven't really let go of it for the last 48 hours. I didn't know whether I would ever achieve something like this. To win the Open championship in Portrush is a dream come true."

Lowry has received widespread praise from across golf and within the sporting community, with Jack Nicklaus and Gary Player among those to hail his achievement.

He had missed the last four Open cuts and arrived at Royal Portrush on the back of a T-35 finish at the Irish Open a fortnight ago, but delivered a brilliant performance to overcome a stellar field on the Dunluce Links. 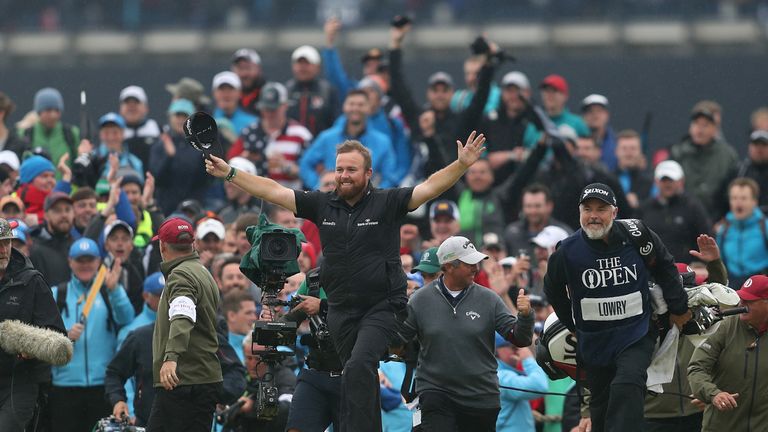 "There was almost a quarter of a million people there that week and when you put it in that terms it is an incredible feeling to be able to win a tournament so big," Lowry added.

"If you are to have a look at what tournament that you can pick you can win, you would probably say The Open at Portrush would be well up there."

Friends and family greeted Lowry by the 18th green at the end of a week which had seen him receive huge public support and the five-time European Tour winner offered particular praise for the backing he received from Irishmen Padraig Harrington and Graeme McDowell.

"I am very lucky that I can call those lads my friends. Paddy and GMac were on the 18th green on Sunday waiting for me," he said.

"I was only texting G-Mac today to say it was very special when they are waiting for me. They're the people when I grew up that I idolised. To have them there was just incredible." Lowry shared the halfway lead but stormed in a four-shot lead after the third round with a sensational course-record eight-under 63 on Saturday.

"On Tuesday and Wednesday I was a bit uptight about how I was playing. But coming into a big week you can be a bit picky with yourself," he said. "Obviously, I went out and played lovely golf Thursday and Friday to put myself in a good position. Then I went a long way to winning the tournament on Saturday.

"The golf I played on Saturday evening I felt like I was going to birdie every hole. When you get in that frame of mind and that position on such a tough golf course and such a tough tournament it is an incredible feeling."

The Champion Golfer of the Year had led by a four-shot margin going into the final round of the US Open in 2016 and Lowry concedes that disappointment helped spur him on.

Asked whether he had reflected on Oakmont, Lowry said: "A little bit on the night before and that morning but when I got going I was comfortable.

"I was playing good golf all week. Obviously, I put myself in a good position. I knew I was the one everyone was chasing but with the weather I knew if I could make a few solid pars that I was going to stay ahead. Thankfully I did."