Highlights from day four of the third Ashes Test at Headingley as Ben Stokes led England to a remarkable victory.

Ben Stokes wrote his name into Ashes folklore with an astonishing century as England levelled the series with a historic one-wicket win at Headingley.

Stokes finished unbeaten on 135 as England recorded their highest successful chase in one of the most remarkable finishes seen in Test cricket.

The all-rounder scored all but one run in a last-wicket stand of 76 with Jack Leach (1no) and thumped the winning runs through the covers to spark wild celebrations among a crowd at Leeds who could scarcely believe what they had just seen. 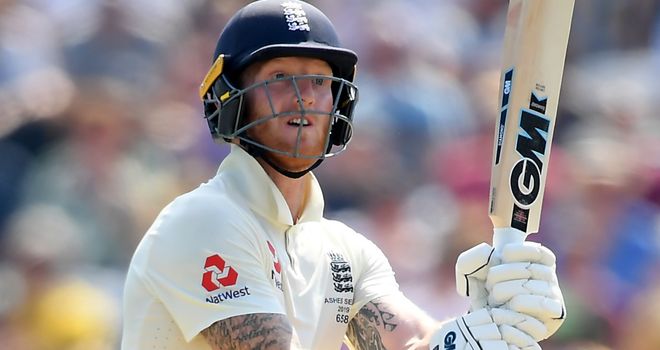 Stokes put on 76 for the last wicket with Jack Leach

The winning moment was so nearly Australia's as, with England needing two to win, Nathan Lyon fumbled the ball when presented with a golden opportunity to run out Leach and Stokes would have been lbw the next ball had Australia not wasted their final review in the previous over.

Both survived and after Leach levelled the scores, Stokes finished the job, leaving the Australian players stood motionless as he roared to the skies.

When Stuart Broad was lbw to James Pattinson (1-47) an hour earlier it had looked certain that Australia would retain the urn, England having slipped from 238-4 at lunch to 286-9 with 73 still required for victory.

Stokes, having played so diligently for most of his innings, taking 152 balls to reach his half-century, decided his best option was to go on the attack and he did so to devastating effect.

A remarkable switch-hit slog-sweep off Lyon that sailed into the Western Terrace made it 50 to win. A four off Josh Hazlewood brought up his hundred and when he dispatched the next two deliveries over the legside for sixes, England were just 20 from victory.

The drama continued a couple of overs later as Marcus Harris dropped a tough chance diving forward when Stokes went after Pat Cummins and sent the ball spiralling down to third man. The next two balls went for four and it was only nine required.

The match had turned into a highlights package and when Stokes hit Lyon over long off for six, the ball tantalisingly out of reach of the fielder, it looked as though England were there.

However, Stokes reverse swept two balls later, Leach came charging down the pitch but was sent back and had Lyon gathered the ball cleanly the England No 11 was gone and Australia would have been celebrating a one-run win and retained the Ashes.

They still would have been the very next ball had they not wasted their last review in the previous over, Stokes missed his sweep, umpire Wilson turned down the appeal, but DRS showed the ball would have clattered into middle-and-leg.

Four balls later it was over, Leach had survived two deliveries from Cummins, nudged the third for a single and it was left to Stokes to do the rest.

The day had begun with England still 203 short of their victory target, on 156-3, but captain Joe Root (77) added just two to his overnight score before he was well caught by David Warner off Lyon.

With another 200 still needed and the new ball just a couple of overs away, England were in a precarious position but Jonny Bairstow joined Stokes and the pair added 45 runs in a five-over spell just after the second new ball had been taken, delighting the sell-out crowd roaring them on in Leeds.

The partnership extended to 86 but a flurry of soft dismissals early in the afternoon session swung the momentum back in Australia's favour. 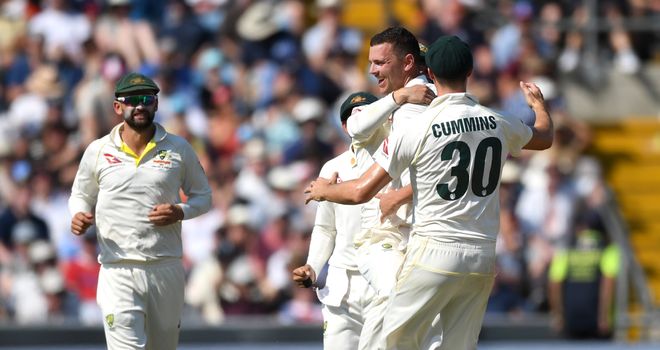 Bairstow (36) wafted at a wide delivery from Hazlewood and edged to slip, Jos Buttler (1) was run out after a mix up with Stokes and there was another for Hazlewood (4-85) when Chris Woakes (1) drove straight to short extra cover.

Jofra Archer (15) then holed out to give Lyon (2-114) his second and when Broad departed, Australia were on the brink. Or so it seemed.

However, after an Ashes Test and an Ashes hundred to rival any other, the series is all square heading to Old Trafford.